Marvel and DC have reigned as titans of the superhero genre for decades. As such, fans think of them as bitter rivals. However, Marvel’s The Eternals promo name-dropped a Superman reference. While it might have started as a one-off gag, it became a fascination that prompted director Chloé Zhao to respond. 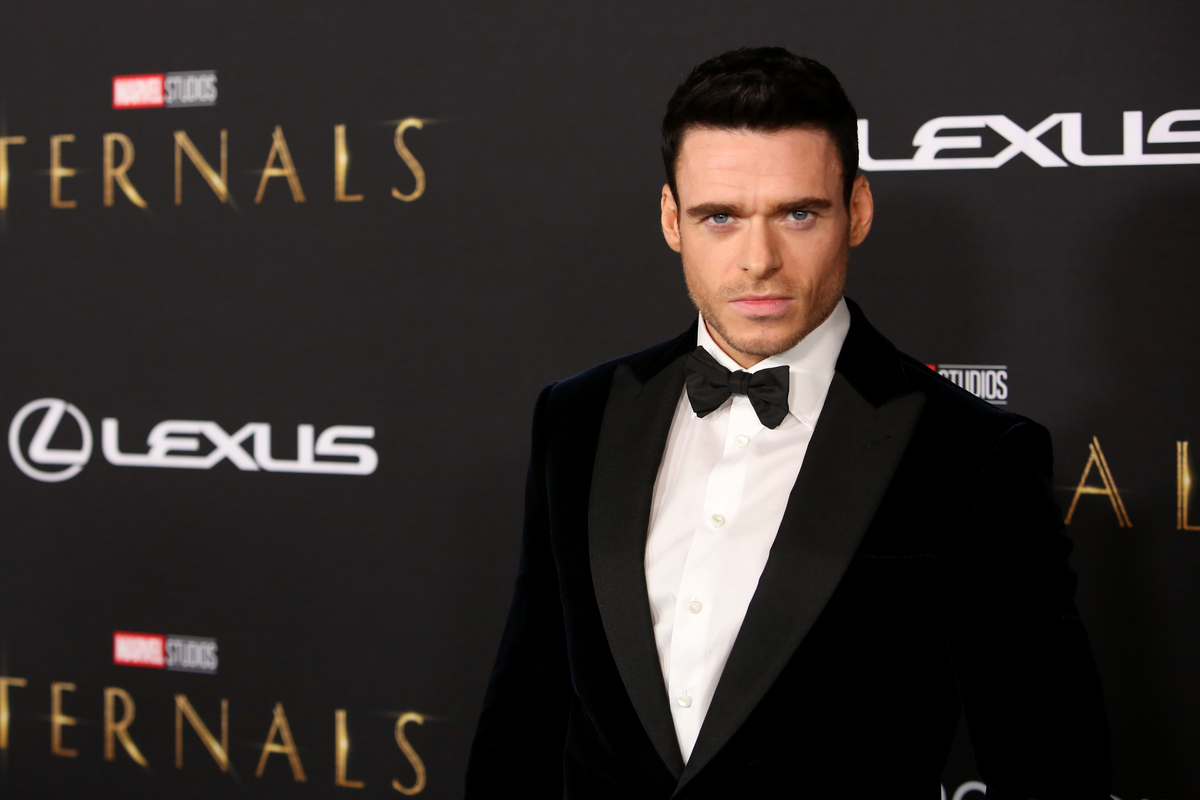 The DC and Superman reference in Marvel’s ‘The Eternals’

Marvel released a promo introducing the Eternals with clips from the film. Gemma Chan’s Sersi steps up first, and Chan comments on how she had an on-and-off relationship with Ikaris.

Then, Richard Madden’s hero appears. However, in his accompanying clip, the blue-suited Eternal is confused for DC’s Superman.

“When immortal aliens Ikaris and Sersi reunite with suburban dad Phastos (Brian Tyree Henry), his young son recognizes the blue-suited superhero: ‘Dad, that’s Superman! With the cape, and you were shooting laser beams out of your eyes!’” ComicBook reported.

The moment quickly became the focus of the entire promo for some fans. Director Zhao knew she had to comment on The Eternals’ Superman reference.

The story behind how The Eternals came to include a Superman reference comes from several Eternals possessing familiar powers. Zhao admitted her involvement with the name-drop.

“I take some responsibility for that. I think we’re in the business of telling stories about mythology, and Superman, for example, comes from origin of mythology,” Zhao told ComicBook. “In many different cultures, there’s a form of Superman.”

Many DC heroes have ingrained themselves into American culture. The Eternals’ Superman reference does not even mark the first time a Marvel movie referenced DC.

Tobey Maguire’s Peter Parker tries to figure out his in Sam Raimi’s Spider-Man trilogy. He tries shouting phrases, like “Up, up and away!” and even “Shazam!” These phrases originated from DC but turned into everyday sayings for people around the world. Aunt May even directed name-dropped Superman as well.

“The people that created Superman and the brilliant filmmakers [who] brought Superman to screen, their movies are basically, in my opinion, doing a modern interpretation of that mythology,” The Eternals director said.

However, The Eternals cast and crew wanted to focus on their use of cosmic energy.

“For us, it’s how do we express that visually in ways that are different. And again, we think the notion that each Eternal is powered by cosmic energy can be fun as a visual thing to play with,” Moore told ComicBook.

Even though fans still fixate on similarities, Zhao stands by The Eternals’ Superman reference.

“It doesn’t mean we can’t pay tribute and have a good time with these iconic ones that we all love so much,” Zhao said. “I mean, who doesn’t love Superman and Batman? Clearly, our Eternals like them.”