By now, you’ve probably heard Jesse Gemstone, played by “Righteous Gemstones” creator Danny McBride, triumphantly shout this double entendre after crashing his steerhorn-mounted Cadillac into a valet stand. HBO included the scene in its first teaser trailer for Season 2, as well as the network’s 2022 preview reel, and with good reason. The line’s crude implication speaks to Jesse’s, let’s say, atypical moral stance for a professional man of God. The series may be about a family of preachers, but the Gemstones are a far cry from the virtuous lifestyle their congregation presumes they practice. Some may wish McBride’s series took a sharper knife to con-artist evangelicals at its core, but there’s no mistaking the hypocrisy rooted within this church: They sin today, they’ve sinned yesterday, and they’ll sin tomorrow — more so than the heathens they pretend to save.

But the other, cleaner understanding of Jesse’s boisterous entrance also helps “The Righteous Gemstones” stand out among a slew of foul-mouthed, adults-only streaming comedies. This show is BIG. The Gemstones preach to stadiums, not churches. They don’t just sing hymns; they write, perform, and sell their own original music. When trouble crops up in Season 1, the kids don’t just attack their blackmailer — they drive him down in their opulent white Range Rover. Heck, even the purple cross in the opening titles is too enormous to fit onscreen.

McBride’s third original series at HBO, following “Eastbound and Down” and “Vice Principals,” isn’t just another shrewd comedy centered around an entitled, misbehaving man-child; it’s got the ideas, characters, and production values to match the outsized egos strutting through its story. “The Righteous Gemstones” creates a pulpit for comedy as wide open as the one Eli sermonizes from every Sunday, and Season 2 keeps elevating the laughs to heavenly heights. 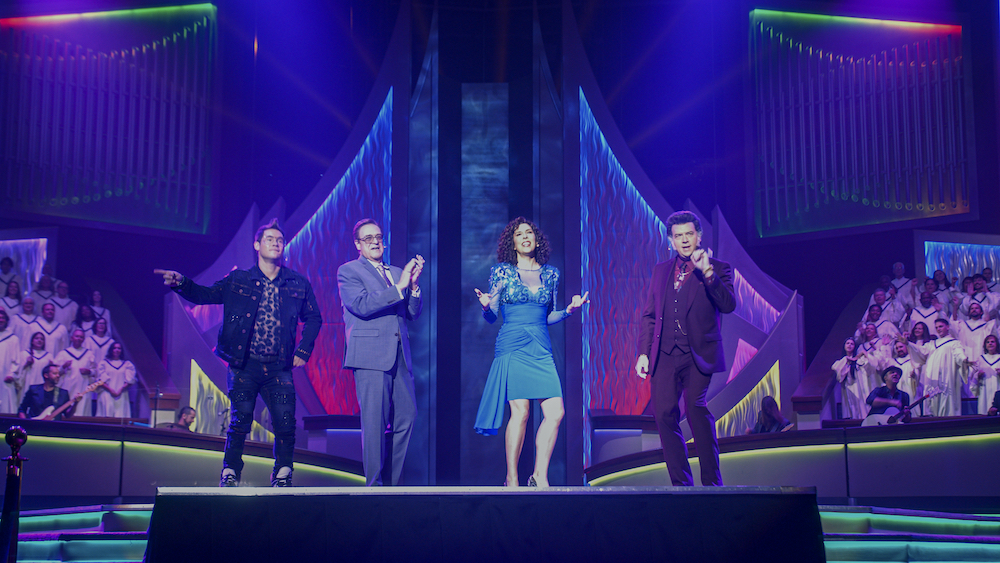 This year, the clearest embodiment of the series’ bigness comes from Kelvin (Adam Devine), who’s started his own branch of the family church called the God Squad, made up entirely of muscly giants who also happen to have a strong faith. Kelvin and his close-but-not-that-close “friend” Keefe (Tony Cavalero) run the team like a graduated class of Little Buff Boys whose last competition earned them the title of “disciples”: They work out all day, pray all night, all while under their two leaders’ attentive gaze.

Meanwhile, Judy Gemstone (Edi Patterson) is busy trying to formally convert her husband BJ (Tim Baltz). Raised in a home where they only worshiped science, BJ has long attended his wife’s family’s Sunday celebrations, but he’s yet to officially join the church. Judy’s insistence, as well as her outright attacks on BJ’s protective family, make for some of season’s most outrageous laughs, none greater than a midseason baptismal party that brings both families together (physically, if not spiritually).

As for Jesse, he’s got his heart set on joining forces with West Texas’ largest religious organization, led by Lyle (Eric Andre) and Lindy Lisson (Jessica Lowe). The guitar-shredding preacher and his ebullient wife are fixing to open their own resort in Florida, and they could use a little extra prayer money from Jesse and Amber (Cassidy Freeman). Gung-ho as ever, the only hang-up is that the majority of their money remains under church control. The husband and wife have to go through Jesse’s daddy, Eli (John Goodman), if he wants to get in on the ground floor.

When Eli casts doubts on the Lissons’ business plan, Jesse gets angry and a cold war rages amid the family, which is when another thing you may have heard already crops up: The eldest son wants his father to step down, his siblings think they should be next in line to take over instead, and Papa Eli claims he isn’t going anywhere. It’s easy to see how this arc compares to HBO’s hit drama “Succession”: Families fighting for power are all the rage these days. (And speaking of presumed network influence, there’s also a plot centered on the creation of the Gemstones on Digital Demand — GODD — streaming service, billed as the future of the church.) 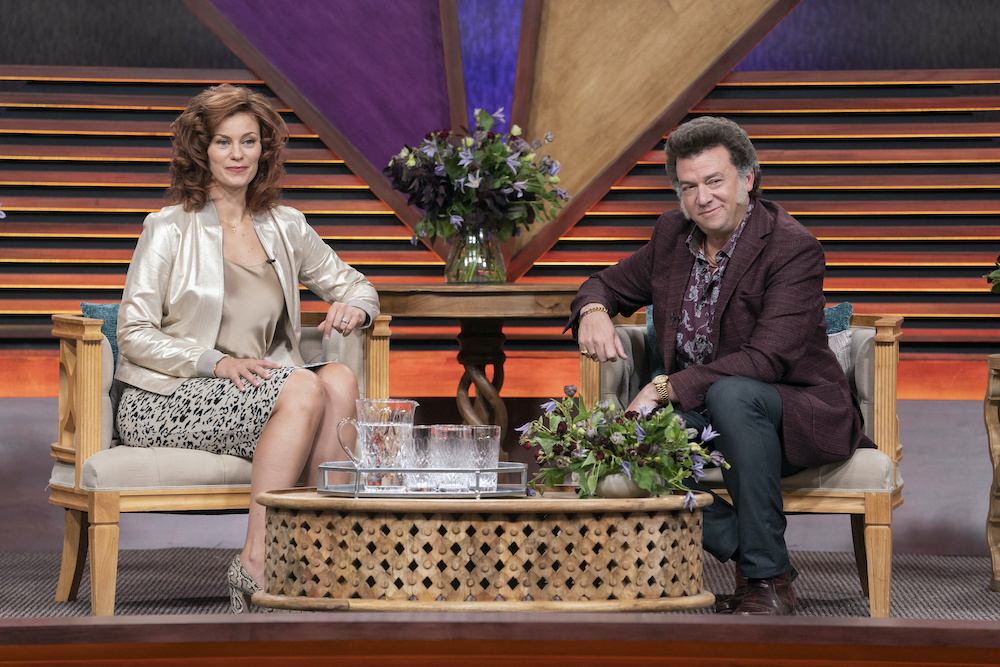 Cassidy Freeman and Danny McBride in “The Righteous Gemstones”

But while inter-Gemstone squabbling is a consistent source of humor and hostility throughout Season 2, power grabs aren’t really the point. “The Righteous Gemstones” is simply looking for comedy wherever it can be found. Family has long been a sound source for laughs. Families in business together create even more tension, which provides opportunities for heightened hysteria. There’s no real drama to be found in power ranking the Gemstone children, like so many outlets do with “Succession,” and it’s not because Eli won’t let them move up; it’s because the development lies elsewhere. (Without spoiling too many of the twists and turns, there’s a reporter sniffing around the family, a mysterious old friend from Eli’s past, and a murder.)

Eli, arguably, takes on most of the season’s weight, as he tries to maintain relationships with everyone in the present while keeping certain parts of his past from coming to light. Goodman is more than up for the task, but he’s also just an incredibly sharp comedic performer. Seeing him get a little silly, in moments broad and specific, make for some of the season’s greatest joys. And that’s what “The Righteous Gemstones” boils down to: joy, joy, joy, joy down… somewhere below their hearts. Don’t worry about the power plays, just enjoy the bigness.