The Shrink Next Door on Apple TV+ is based on the critically acclaimed podcast series of the same name. The limited series will feature a star-studded cast, with The Big Sick’s Michael Showalter serving as director.

When is The Shrink Next Door out?

At the moment, The Shrink Next Door does not yet have a release date.

The series was given the green light by Apple TV+ in April 2020 and is currently in the early stages of productions.

Hopefully, this means fans of the podcast series will be able to see the screen adaptation in 2021 at the earliest.

To watch The Shrink Next Door when it premieres, you can subscribe to Apple TV+ for £4.99 per month, following a seven-day free trial.

READ MORE Servant season 2 release date, cast, trailer, plot: When is it out? 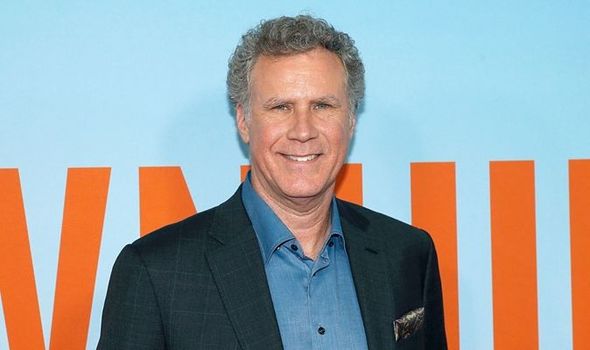 Who stars in The Shrink Next Door?

Kathryn Hahn will lead the cast of The Shrink Next Door on Apple TV+.

Hahn will play the role of fo Phyllis, the younger sister of Dr Isaac “Ike” Herschkopf.

Viewers will most likely recognise Hahn from her role as Mrs Fletcher in HBO series of the same name.

She will next be seen in the Disney+ series, WandaVision, starring alongside Elizabeth Olsen.

Also in the cast of The Shrink Next Door are Hollywood stars Paul Rudd and Will Ferrell.

Ferrell will take on the role of Martin ‘Marty’ Markowitz, one of Ike’s longtime patients.

Other cast members are expected to be announced in the coming weeks.

DON’T MISS…
Band of Brothers sequel: When will Masters of the Air be out?  [DETAILS]
Ted Lasso season 2 release date, cast, trailer, plot: When is it out? [SHOW INFO]
Ted Lasso location: Where was Ted Lasso filmed? Where is it set? [INSIGHT]

What is The Shrink Next Door about?

The Shrink Next Door on Apple TV+ is an adaption of the podcast of the same name, hosted by Joe Nocera.

The series is inspired by true events, telling the story of psychiatrist Isaac Herschkopf who abused his status and relationship with his patients for personal gain.

The limited series will have eight episodes in total, whereas the original podcast had seven.

“Over the course of their relationship, the all-too-charming Ike slowly inserts himself into Marty’s life, even moving into his Hamptons home and persuading Marty to name him president of the family business.

“The series explores how a seemingly normal doctor-patient dynamic morphs into an exploitative relationship filled with manipulation, power grabs, and dysfunction at its finest.”

Podcast creator and host, Joe Nocera will serve as a co-executive producer on the series.

Is there a trailer for The Shrink Next Door?

No, there is no trailer yet for The Shrink Next Door.

A trailer will likely drop closer to the show’s release date next year.

In the meantime, you can listen to the original podcast via Apple Podcasts, Spotify and other podcast outlets now.

The Shrink Next Door is coming soon to Apple TV