Britney Spears’ boyfriend, Sam Asghari, was born in Tehran, Iran, to parents Fatima Asghari and Mahmond “Mike” Asghari, according to Men’s Health. When Sam was very young, his father left Iran, and moved to the United States in search of work in an effort to provide for his family. Sam, who is the youngest of four siblings — Fay, Maddie, and Ellie, all of whom he is close to, according to the Daily Mail – stayed behind with his three older sisters and his mom.

Sam’s father found work in California, driving a tow truck, and ensured his family that he was trying to make a new life for them, the Daily Mail reports. It’s unclear if the plan was for Sam’s mom to move to The States with the kids, or if Mike was planning on moving back to Iran, but neither plan worked out the way anyone could have predicted. While Sam’s father may have been working, it seems he wasn’t actually trying to provide for his family; he ended up meeting someone else and essentially abandoned Sam’s mom — and their four kids. Keep reading to learn more about Sam’s complicated relationship with his dad.

Sam Asghari moved to the United States when he was 12 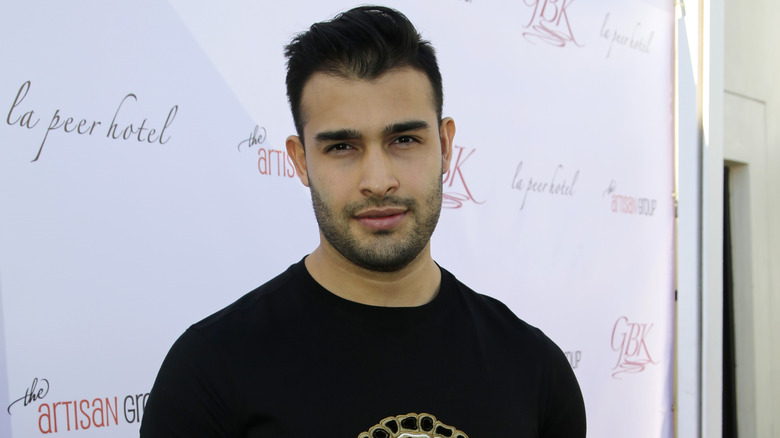 Sam Asghari’s father ended up marrying a woman by the name of Janice Wilson in Nevada in 1999, according to court documents obtained by the Daily Mail. About five years later, Mike and Janice divorced. It’s unclear how often Sam and his sisters talked to their dad during that time, but things ended up getting even more complicated in the years that followed. When Sam was 12-years-old, he was sent to the United States to live with his dad. “I had to leave my friends and family who I was very close with, and I knew I was moving away and never coming back,” he told Men’s Health back in 2018. Two years later, Mike “vanished,” according to the Daily Mail. It’s unclear where he went, with who, or why, but Sam hasn’t seen his dad since.

Sam starting dating Britney Spears in 2016, and has expressed wanting to get married and have a family with her. While it sounds like things with his dad haven’t always been great, Sam hasn’t been deterred from having a family of his own. “Sam would love to start a family with Britney. He’s always dreamt of having children and thinks he would be a great father. He’s a natural around little kids,” a source told Us Weekly earlier this year.

Sam Asghari wants to reunite with his father 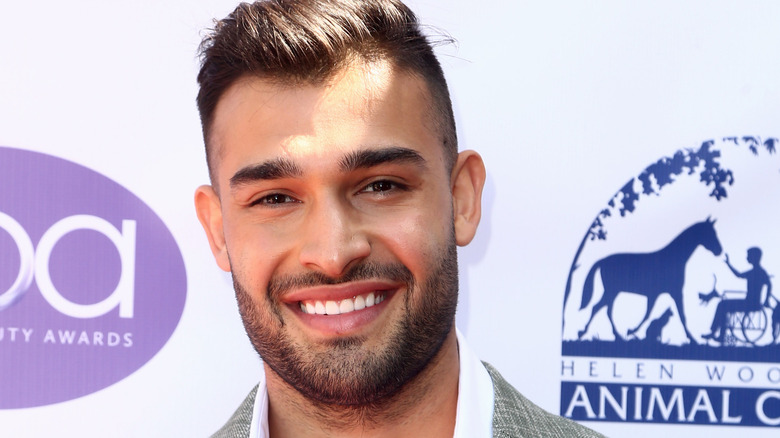 Aside from Sam Asghari wanting to start a family of his own, it appears as though he’d like to have a relationship with his estranged father. As evidenced by an Instagram post that he uploaded in June 2020, Sam wants to reunite with him. “Haven’t seen my paps for about 12 years now, that’s basically half my life, it’s about time I reunite with the man that made me into who I’am today,” the actor/model captioned an old photo, wishing his dad a Happy Father’s Day. “I witnessed this man work his ass off as an immigrant here in the US just so he’s kids could have a better [future]. Thank you for teaching me that you don’t have to be a perfect man to be a perfect father,” the caption continued.

According to the Daily Mail, two of Sam’s sisters have posted photos with their dad in 2019 and again in 2020, but it’s unclear where he’s living or if he has tried to contact his son. Sam is a hard worker; he owns a fitness consulting business called Asghari Fitness, and has worked as an actor over the course of the last few years, according to his IMDb page. Sam has also done his fair share of modeling, some of which he has shared on his Instagram.