BigLittle Lies wrapped up season two with series high ratings and a set ofquestions about what happened to the Monterey Five after they walked into thepolice station. According to Deadline,the episode drew a larger audience than season one’s finale and was the series’best in terms of viewership.

If you’ve been keeping up, then you know there have been talksthat BigLittle Lies won’t be returningfor a third season. Between HBO boss Casey Ploys saying it’s unrealistic and thefact that season two wasn’t originally part of the plan, season three lookslike a firm no. As much as we would love to see more of Renata’s snaps, theEd-Nathan dynamic, and some mining into Bonnie’s character, fans shouldn’tcount on seeingthese ladies again. Or should we?

Yes, the season finale left things open. Yes, fans want a third season. And yes, HBO said they never intended for season two to happen. But it did, so there is a glimmer hope if some of the things below fall into place. 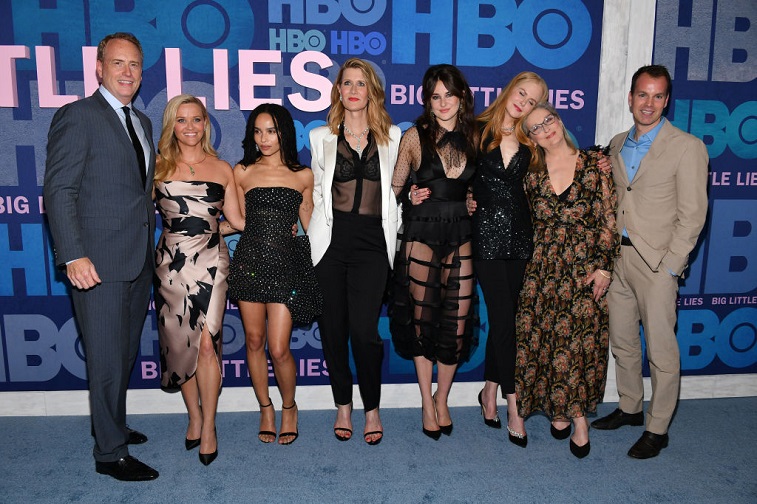 Nicole Kidman says she is down for a season three

The day before the finale aired, Kidman sat down with NewsCorp Australia for an interview, saying she’d be up for a new season:

“I think we would love to do a season three because there is certainly ideas. But we would not do it without all of the same people involved … even the kids.”

Playing Celeste Wright marked the first time the actress wasin a television series, and Kidman enjoyed becoming the character. Could we seemore of Celeste? She also told TheDaily Telegraph:

“To play that character through 14 episodes, and to be doing somethingfor the first time in my career, this is a first for me … There’s suchcomplexity to what she’s been through, how she’s coping and then still tryingto navigate the future for herself as a single mother with two kids. That to mewas a really strong arc.”

Hard to believe the finale of #BigLittleLies is already here! Tune in tonight on @HBO xx

With her being game for a third go with the series, it would just take the other cast members to sign on, schedules permitting.

Stars and schedules would have to magically align

Showrunner David E. Kelley has echoed the sentiments of HBO’s Bloys,stating that a season three “would be very unlikely.” Harper’sBazaar reported that earlier this year, Kelley spoke during a Television CriticsAssociation press tour saying, “I think that it’s one and two, and welike where our closure is at the end of Season 2, so that will probably be it.”

But the show’s leads reminded him that he said that about seasonone and look how that turned out. One of the things that got Kelley on boardfor season two was Meryl Streep joining the cast. Her character added a freshdirection for the show. Kelley also told TheHollywood Reporter that Big Little Lies author Lianne Moriarty wrotea string of new stories for the ladies of Monterey in the form of a novella.Perhaps there’s more material there?

Toasting to our amazing tribe. Luckiest time ever. Hope you all enjoy. #BLL2

It’s possible, but as Bloys stated, these are some of Hollywood’sbusiest actresses and season three is just not realistic. Kidman also said thatit would depend on whether or not they could get everyone together.

HBO would need to renew the show

At the time of this writing, HBO has not renewed Big LittleLies, while freshman breakout hit Euphoria has already been renewedfor a season two. It’s possible for the network to renew later, but hits aretypically given green lights early, plus Kidman and Kelley are presently workingon The Undoing, an upcoming show for HBO.

Big Little Lies seemingly wrapped up loose ends in the finale,but there is room for more storytelling. From here on out it depends on HBO, Moriarty,Kelley, Reese Witherspoon, Nicole Kidman, Zöe Kravitz, Laura Dern, and ShaileneWoodley. That’s a big little order.