Tiger King is the latest docuseries on Netflix to take TV fans by surprise. The story of Joe Exotic, American big cat owner, and his ongoing struggles against Carole Baskin, an animal rights activist, left fans completely stunned as the show delved into their lives and careers over the past decade, and beyond. However, following the release of the TV show, members of the cast have now come out and announced they were not happy about how they were portrayed over the seven-episode series.

Baskin is the latest person to condemn the network for her portrayal on the show, pointing in particular to a segment which “suggests” she had a role in the disappearance of her first husband, Don Lewis.

Lewis disappeared on August 18, 1997. According to the documentary, he told Baskin he was going to Costa Rica. His van was later found at an airport.

It was noted throughout the show that Lewis knew how to fly a plane, and owned several aircrafts – however none of them were capable of finishing the trip from Miami to Costa Rica without stopping to refuel.

Now, speaking out in a long post on her website – BigCatRescue.org – Baskin has hit out at these claims, and called the suggestions made in the documentary “lies”. 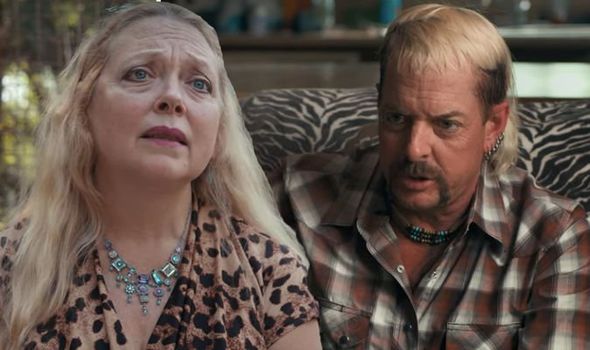 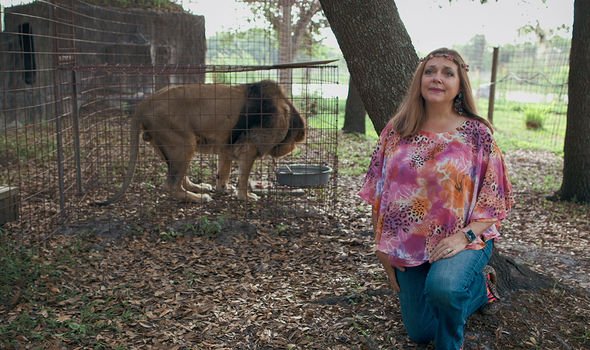 Speaking specifically about the show’s suggestion that she had something to do with Lewis’ disappearance, Baskin announced: “The series presents this without any regard for the truth, or in most cases even giving me an opportunity before publication to rebut the absurd claims.

“They did not care about truth. The unsavoury lies are better for getting viewers.”

Baskin also pointed out that Lewis had spoken out “disappearing” in Costa Rica in the past, and had even bought properties over there.

She explained: “Don had purchased a number of properties in Costa Rica and after his disappearance one of the caretakers called and told me there were people reporting seeing him there.” 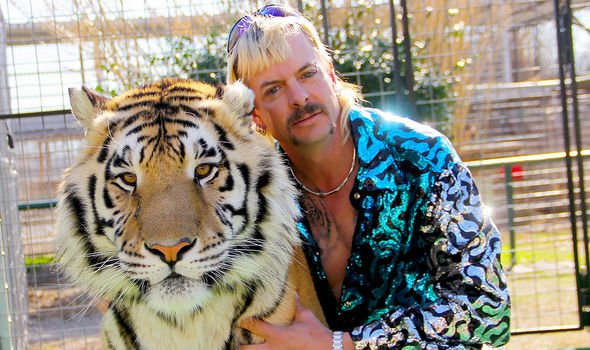 Continuing to address each of the claims, Baskin spoke about the suggestion which was made in the show regarding a meat grinder.

The Netflix show gave nods towards a meat grinder Baskin used in her day-to-day job, and suggested that it may have had something to do with Lewis’ disappearance.

She calls these suggestions the “most ludicrous of all the lies”.

In her lengthy blog post, Baskin posted a photo of a small meat grinder, before pointing out how difficult it would have been to use in the disposal of a body.

DON’T MISS…
NCIS season 17: Why weren’t fans happy with this week’s episode? [INFO]
Money Heist season 5 release date: Will there be another series? [INFO]
Big Bang Theory season 13: Will Stuart get his own series? [THEORY]

Referencing the photo, Baskin wrote: “The idea that a human body and skeleton could be put through it is idiotic.

“But the Netflix directors did not care. They just showed a bigger grinder.”

Earlier in the week Carole’s husband, Harold Baskin, posted an emotional video on the Big Cat Rescue Facebook page, where he defended his wife.

He also condemned the Netflix show, claiming what they had suggested were “lies”.

Harold said: “Not only did they lie about that, they never even gave us a chance to respond to the false claims that ended up in the documentary.”

Defending his wife, he explained: “Anyone who spends an hour with Carole would come away knowing that there was no way she had any involvement in Don’s disappearance.

“The vicious rumours spread by his family were absolute nonsense – stuff about meat grinders and septic tanks.”

Tiger King is available on Netflix.