Tobey Maguire is back on set, this time with Brad Pitt and Margot Robbie!

The trio are all starring in Damien Chazelle’s new film, Babylon, and were photographed Monday on the Los Angeles set The movie will mark Maguire’s first onscreen film role since 2014, when he starred as Bobby Fischer in Pawn Sacrifice.

Pitt appeared to be in costume, as he was spotted wearing an all-white ensemble, consisting of a bucket hat, pants and a long-sleeved shirt, that he accessorized with a gold chain. 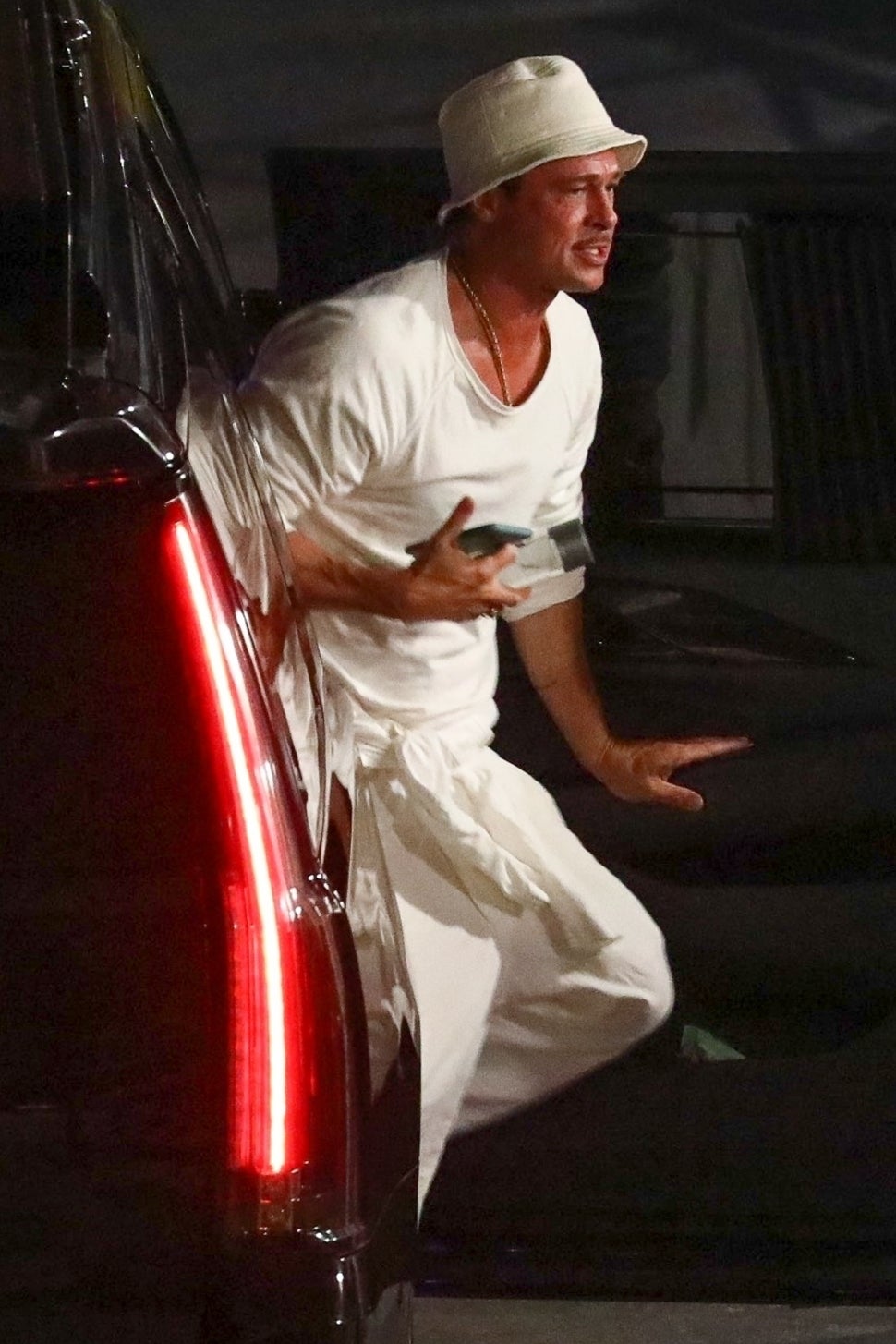 Maguire, 46, was dressed more casually, wearing a sweatshirt, jeans and a face mask. 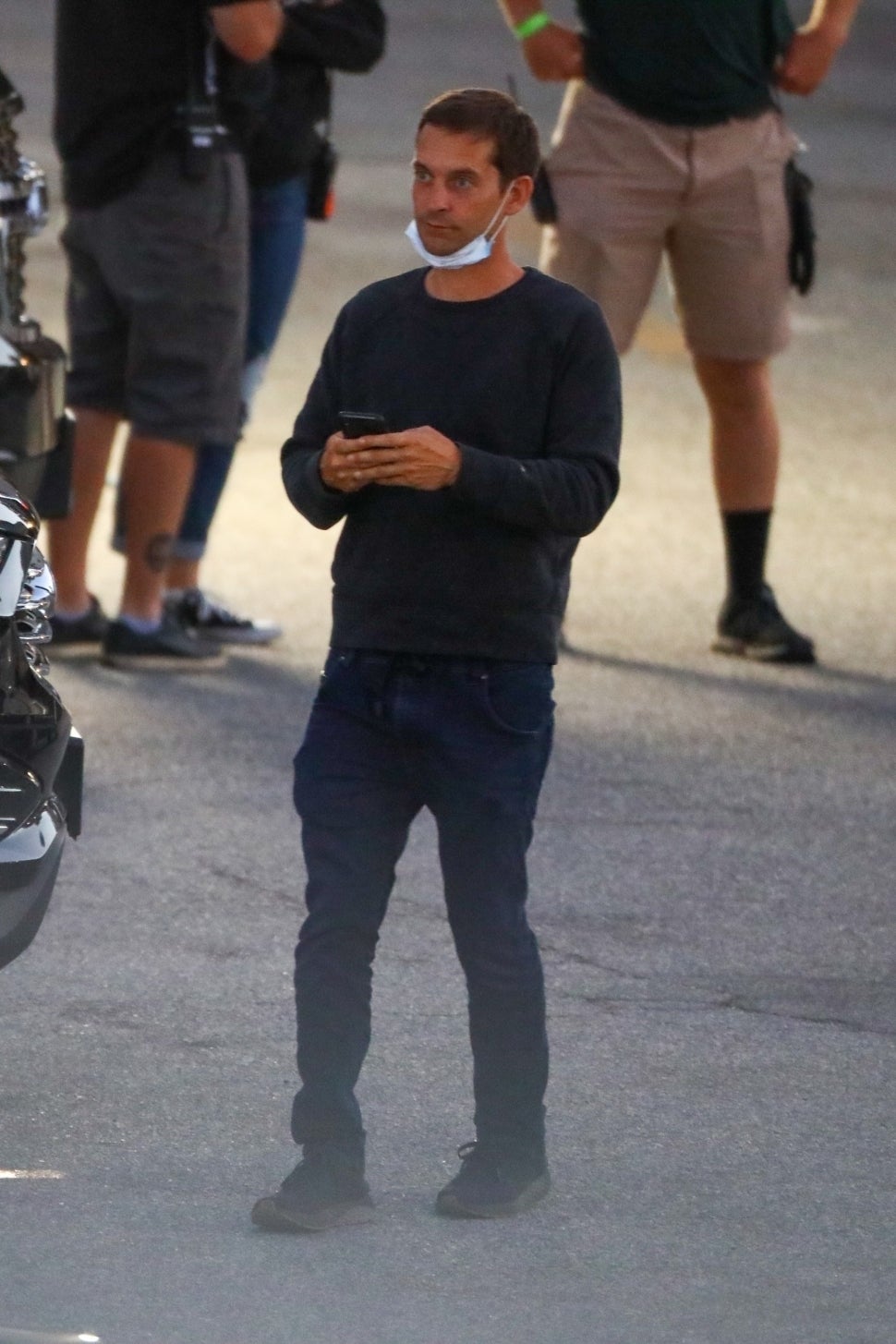 In addition to Babylon, ET has learned that Pitt is producing an upcoming movie based on an exposé on Harvey Weinstein, with Carey Mulligan and Zoey Kazan attached to star.

She Said, a Universal Pictures film, will be based on the New York Times bestseller “She Said: Breaking the Sexual Harassment Story That Helped Ignite a Movement” by Jodi Kantor and Megan Twohey, two NYT reporters who helped expose Weinstein’s history of abuse and sexual misconduct against women.

Weinstein, a former movie mogul, is serving a 23-year prison sentence in New York after convictions for rape and sexual assault against two women. He has denied any wrongdoing.

Angelina Jolie Wants Out of Wine Business With Brad Pitt

Jennifer Aniston on Being 'Buddies' With Ex-Husband Brad Pitt 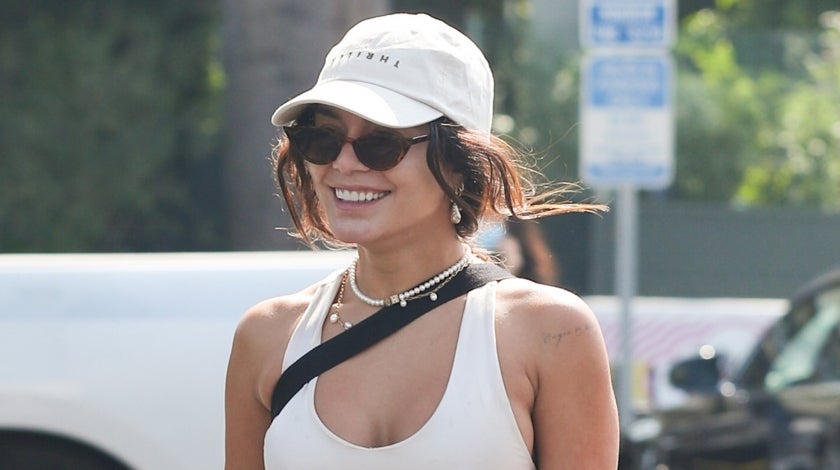