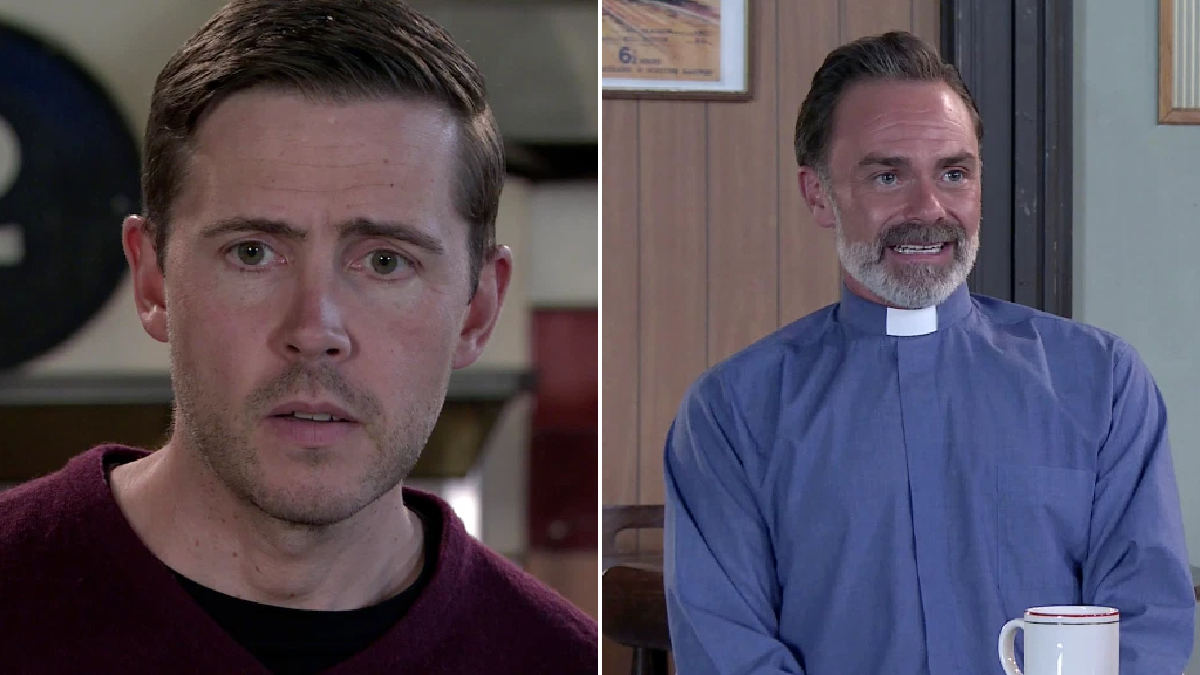 Billy Mayhew’s (Daniel Brocklebank) job is on the line as a result of Todd Grimshaw’s (Gareth Pierce) scheming in Coronation Street next week.

The vicar is troubled over the theft of the heat pump, and he receives some bad news from Ed Bailey (Trevor Michael Georges) in upcoming scenes.

Yep, you guessed it: the insurance will not pay out for stolen item!

And that’s not all, as Billy subsequently meets with the archdeacon to discuss the theft, and he’s told that he’s not up to the job, and should resign!

Todd is horrified when he learns of such a thing, as is Summer Spellman (Harriet Bibby), who has a go at Paul Foreman (Peter Ash).

The young girl scolds Paul, who the police believe is responsible for the crime, telling him how the stolen heat pump has cost Billy his job!

Will Billy be forced to pay for Todd’s actions by losing the job he desperately wanted?

Or will he take matters into his own hands and quit?

Todd, desperate for cash to pay off Will (Ben Hackett), decided to steal the heat pump, which cost £7,000.

Ed subsequently reported it stolen, and Paul, who he’d previously fallen out with, was arrested for the crime.

As Craig Tinker (Colson Smith) hauled him away, Billy and Todd watched on.

The police question Paul about the theft in tonight’s edition of the ITV soap, but what will Paul have to say for himself?

Will he be able to prove his innocence?

That remains to be seen, but with Todd having cost Billy a lot over the years, we can’t help but wonder if his scheming will result in the vicar losing his job?