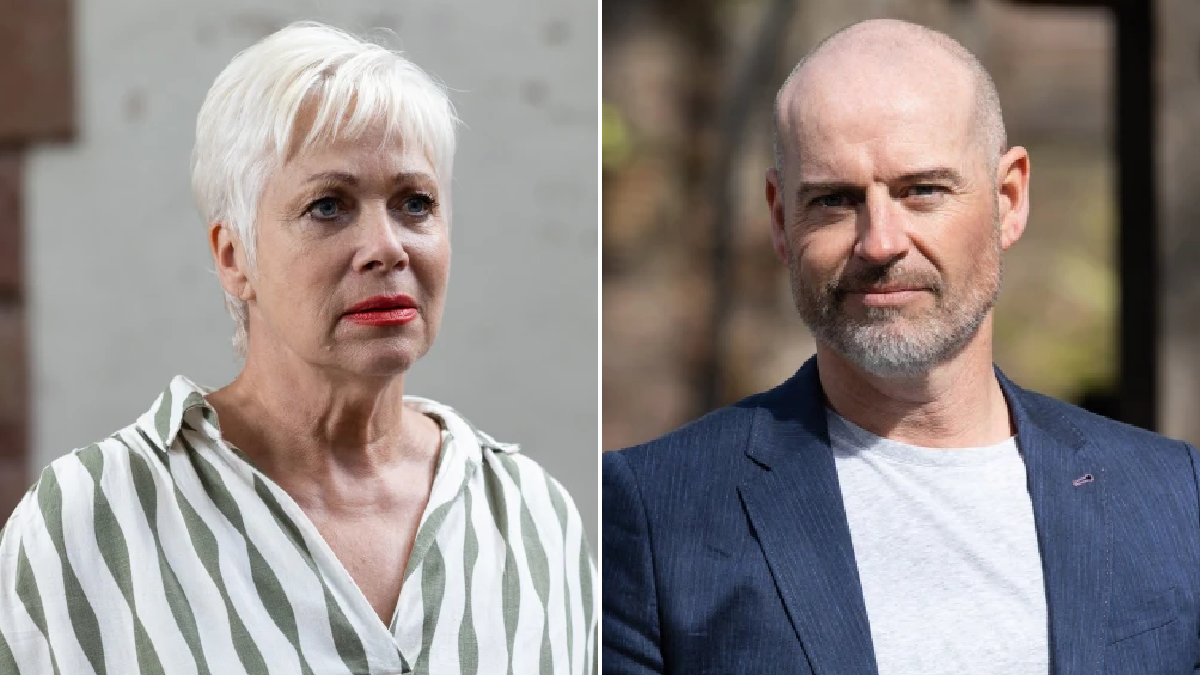 Trish Minniver (Denise Welch) is set to get a harsh reality check in Hollyoaks, when she finally discovers the truth about what type of a man her beloved fiancé Fergus Collins (Robert Beck) really is!

Fergus rocked up earlier this year, and he brought nothing but heartache and despair with him for the residents of the eponymous village.

From manipulating several of the soap’s finest into selling their properties to him, to making others homeless, he’s caused chaos aplenty.

His biggest crimes, however, came in the form of Operation Bluebird, a sick online project he masterminded with assistance from IT whizkid Timmy Simons (Sam Tutty), which saw him install secret cameras in the homes of tenants, and stream the footage online for a subscribing audience.

The operation was exposed when Timmy became obsessed with Peri Lomax (Ruby O’Donnell), and confessed to having cameras put in her room.

Fergus dealt with Timmy, killing him and burying his corpse, but when Warren Fox (Jamie Lomas) succeeded in hacking him, Bluebird was shut down.

Warren’s mission to expose the corrupt landlord would go pear-shaped when Fergus – one step ahead as ever – framed him for all of his own crimes, including an attempt to sell Maxine Minniver (Nikki Sanderson).

Warren was subsequently imprisoned, but Verity Hutchinson’s (Eva O’Hara) chat with several of the Bluebird victims ends up being the catalyst in bringing Fergus down, as scenes airing this week will see one of the victims keep hold of restored camera footage, which proves problematic for the villain.

What transpires next remains to be seen, but Friday’s (November 19) offering of the Channel 4 soap will see Fergus pay Warren a visit behind bars.

The dastardly property tycoon plots Warren’s demise, but something happens, and Trish gets a rude awakening, as she’s confronted with the awful truth about her fiancé.

Will Trish take action on Fergus? What’s more, will she discover that he attempted to have Maxine trafficked?