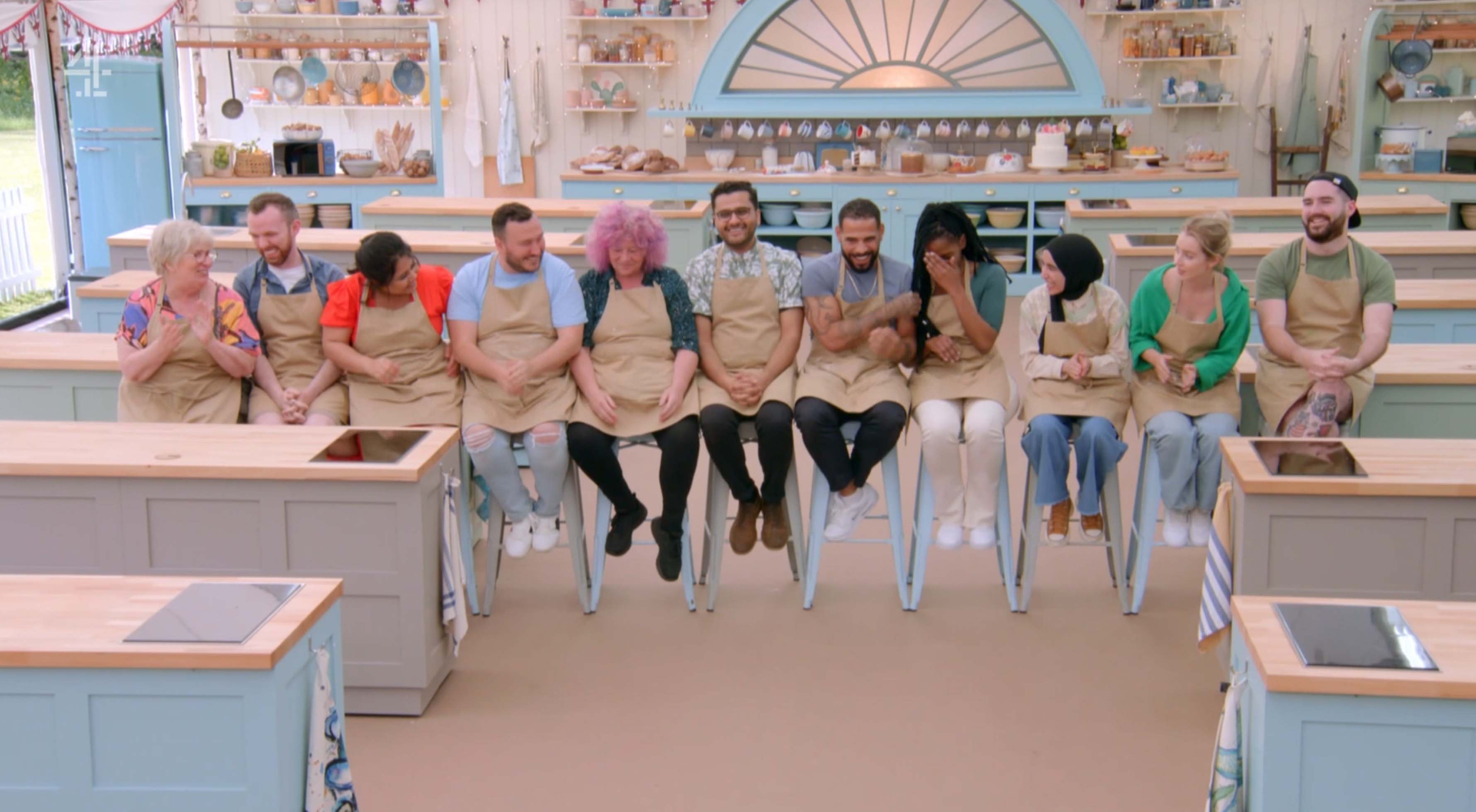 The latest episode of The Great British Bake Off will feature two fewer bakers than expected in the tent, as a couple of the contestants were forced to take a temporary break.

Tonight on the Channel 4 programme, the culinary whizzes will take on Bread Week, kneading and proving their bakes with every ounce of their expertise in a bid to impress judges Prue Leith and bread expert Paul Hollywood.

Former charity director Will Hawkins was the first baker to be eliminated in week one of the competition, followed by student and sales assistant Maisam Algirgeet last week.

So while viewers would expect to see 10 bakers in the tent tonight, there will only be eight – as the line-up will be missing masters student Rebs Lightbody and electronics engineer Abdul Rehman Sharif.

In the opening moments of tonight’s episode, after the competitors enter the tent, presenter Matt Lucas explains Rebs and Abdul’s whereabouts.

‘Both Rebs and Abdul are a bit under the weather this week, but with your permission, we thought we’d send them both straight through to the final,’ he says, as the other bakers laugh.

Matt’s co-host Noel Fielding then chimes in to add: ‘Only joking, they’re going to miss a week and hopefully they’ll be back next week.’

While Rebs might not have taken part in Bread Week, that hasn’t stopped her from showcasing her bread-making skills on Instagram.

Yesterday, she posted a video of herself making focaccia, telling her followers: ‘It’s bread week, so strap in for some carby content from me and my gbbo besties.’

Last week, Janusz Domagala – who works as a personal assistant to a head teacher – jumped to Rebs’ defence on Twitter, after several viewers complained about her receiving help from others during the challenges.

Janusz stressed that ‘you don’t see everything on TV’, explaining that he was the one to offer Rebs his assistance, rather than her turning to him first.

Fellow Bake Off star Sandro Farmhouse recently spoke out over speculation that he had previously sold cakes to celebrities including Maya Jama, considering the stipulations of the competition that only amateur bakers can take part.

‘Never have I been paid for any celebrity cake I made, they were gifts to those I were fans of. That’s it,’ he clarified.

The Great British Bake Off is set to return tonight at 8pm on Channel 4 and All 4.