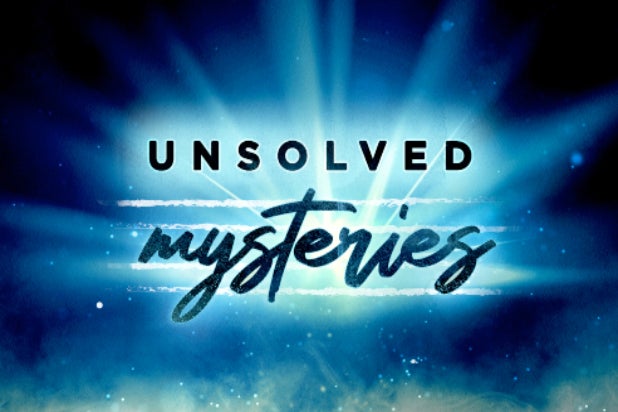 “Unsolved Mysteries” is getting the podcast treatment with a new show published by Cadence13 that drops its first episode Feb. 17.

The podcast is narrated by actor Steve French and produced by Cadence13 and Cosgrove Meurer Productions (the production company run by the show’s creator Terry Dunn Meurer). Each episode will delve into the show’s vault of unsolved crimes have piled up in the 30-plus years its been in production.

The first “Unsolved Mysteries” podcast episode released Wednesday takes listeners to the Ball Cemetery in Springfield, Ne., said to be haunted for decades. The plot of land has only way in and out, and its caretaker reportedly routinely carries a shotgun with him around the grounds — possibly to ward off trespassers looking to bust a ghost. One of the oldest graves in the cemetery dates back to 1869.

Sightings at the Bell Cemetery over the years have included a “tall male with a bad temper” who walks around after dark and attacks visitors; a female spirit (who some call Mary Mumford) whose disembodied singing and laughter can be heard throughout the graveyard; and sightings of strange apparitions in the form of mists or orbs.

There’s a separate “Unsolved Mysteries” series on Netflix, and Meurer said with only 12 episodes ordered the team had a difficult time deciding which stories to share. The original “Unsolved Mysteries” show faced a similar dilemma, packing four cases into one episode. With the rise of true-crime podcasts’ popularity, though, audio became the ideal way to explore the mysteries in depth.

“We have collected a database over 34 years of stories that are just very important stories that need to be told because there are mysteries that we hope that we can solve,” Meurer told TheWrap at the time of the podcast announcement.

The series will run roughly 40 episodes, Meurer said, and each episode is expected to be at least a half-hour long. Just like the original show and Netflix series, all the cases are based on tips sent in by fans and listener on Unsolved.com.

The “Unsolved Mysteries” podcast is available on Apple podcasts. Check out the first episode here.