EXCLUSIVE: Lindsey Morgan, the female lead opposite Jared Padalecki on the CW’s Walker, will be leaving the hit drama series during its current second season for personal reasons. Morgan, who has starred as Micki Ramirez on the CBS Studios-produced show from the start, will appear in a number of episodes in Season 2, which premiered last night. Her final episode as a series regular is TBD, and she could potentially return as a guest star in the future.

“After much thoughtful consideration and introspection, I have made the incredibly difficult decision to step away from my role as Micki Ramirez on Walker for personal reasons, and I am eternally grateful to have the support of the producers, CBS Studios and The CW in allowing me to do so,” Morgan said in a statement to Deadline. “The opportunity to play Micki has truly been a blessing as has working alongside the incredible cast and crew of this terrific series. Please know that I will continue to root for my TV family and wish them all the best.”

The departure ends a long tenure at the CW for Morgan, who segued to Walker after seven seasons on the network’s post-apocalyptic drama The 100, six of them as a series regular.

Morgan recently approached the Walker producers with her request to leave. Morgan’s on-screen partner, Walker star and executive producer Padalecki, as well as series developer, executive producer and showrunner Anna Fricke; the CW and CBS Studios all lent their support. 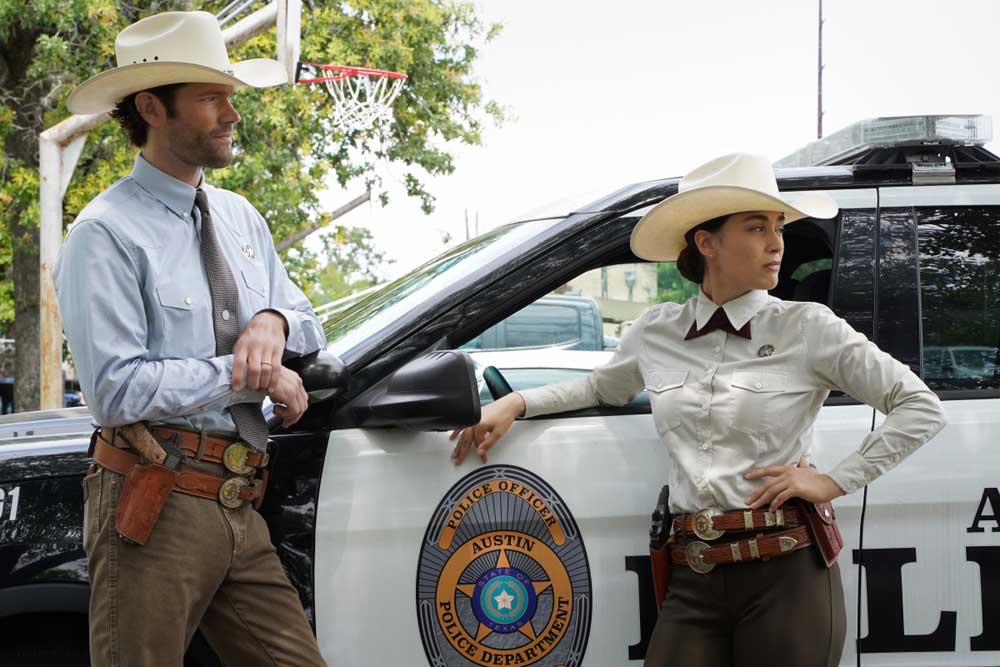 “Lindsey is a wonderful person, inside and out,” Padalecki said. “I am proud of, and grateful for, her work on Walker. Moreover, I’m honored to consider her a friend.”

Added Fricke: “It’s been a true pleasure to work with Lindsey. I admire her as a person and as a professional. She will of course be missed, but we truly support her and celebrate the impact she has made on this show.”

The reimagining of the popular CBS drama Walker, Texas Ranger centers on Cordell Walker (Padalecki), a widower and father of two with his own moral code who returns home to Austin after being undercover for two years. Morgan’s Micki Ramirez is Walker’s new partner, one of the first women in Texas Rangers history. Season 2 finds Micki so deep undercover that Walker becomes concerned about her.

In their joint statement, the CW and CBS Studios hinted that Morgan could return to the series for guest appearances.

“We respect and support Lindsey Morgan’s decision to step away from her role as a series regular on Walker and wish her only the best,” the network and studio said. “She is a tremendously talented actress who will certainly be missed, and we will, of course, leave the door open for ‘Micki’ to return.”

Walker was an instant breakout when it debuted in early 2021, quickly establishing itself as the CW’s most watched series. Fricke executive produces with Dan Lin, Lindsay Liberatore and Padalecki. Keegan Allen, Mitch Pileggi, Molly Hagan, Violet Brinson, Kale Culley, Coby Bell, Jeff Pierre and Odette Annable, who was promoted to a series regular ahead of Season 2, also star.