Fans of The 100 are happy to see Lindsey Morgan on The CW again. On Walker, Morgan plays Micki Ramirez, Cordell Walker (Jared Padalecki)’s new partner. Over seven seasons on The 100, Morgan acquired lots of skills as the technical genius Raven. Now, as the badass Micki, Morgan added horseback riding and speaking Spanish to her repertoire. 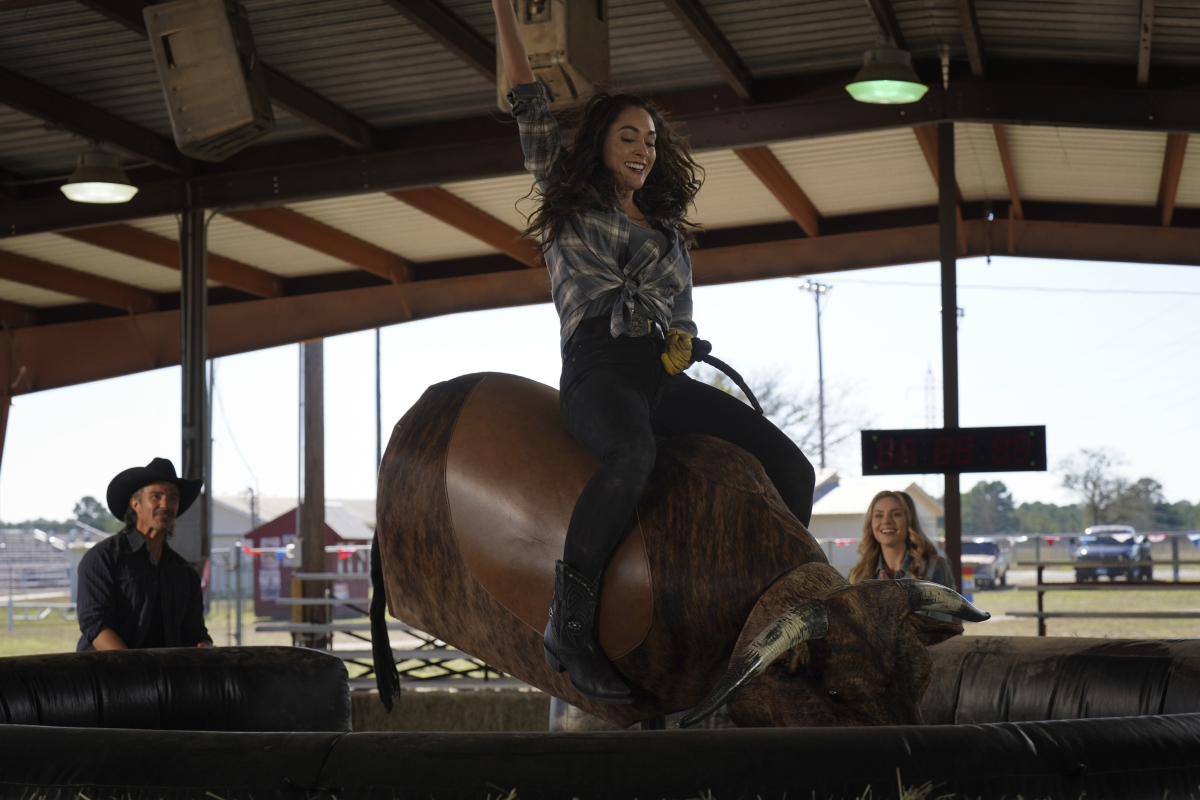 Morgan spoke with Showbiz Cheat Sheet by phone on Aug. 10 about the season finale of Walker. Catching up after the season, Morgan also discussed the new things she’s learned. Walker returns for season 2 on Oct. 28.

Lindsey Morgan thanks ‘Walker’ for these new skills

Actors always list special skills on their resume. You never know when an obscure talent can make you perfect for a job. Thanks to Walker, Morgan can add horseback riding and speaking Spanish.

“I really got to work on my horseback riding which has been amazing,” Morgan said. “Even though we don’t see it on the show, I can gallop now on a horse which is exhilarating and scary but so so amazing. And then also I’ve been getting to speak Spanish on the show and that’s been really cool, so that’s been something I’ve been working on too which I didn’t have a chance on other projects. So I’ve really been enjoying both those aspects and I hope we get to see more of that in season 2.”

Horseback riding is tradition where Lindsey Morgan is from

Morgan grew up in Houston, Texas and went to college at UT Austin. Now, she films Walker in Austin. Morgan said she did take very basic riding lessons growing up.

“I think everyone has ridden a horse in Texas at least once,” Morgan said. “It’s kind of a rite of passage. You just do it at school or something. So I definitely have ridden before, trotted and everything but I’ve never galloped so that’s been really fun to learn.”

On Walker, Micki just jumps on a horse and takes off in pursuit. Now, Morgan has enough training to look like she can command a horse.

Lindsey Morgan was not bilingual before ‘Walker’

Walker‘s Micki Ramirez may be bilingual, but Morgan never grew up learning Spanish. It was actually a sticking point in her family.

My mother speaks Spanish but she taught herself because my grandfather actually chose not to teach any of his children. They grew up in El Paso which is a border town in Texas if people are unfamiliar and it really was full of so much racism because it was right on the border of Mexico and Texas and America. So my grandfather mandated, he was like I don’t want my children to grow up with an accent. I don’t want my children to feel marginalized, or feel there’s prejudice against them by the way they speak or the way they look. I’m so thankful how times have changed but I never learned and so I’m trying to learn. I need to learn.

One season of Spanish lessons isn’t quite enough to speak fluently, but Morgan is getting there. She’s also working on her accent.

“I’m ok on some things,” Morgan said. “Some words, it’s just practicing. It’s different muscles in your mouth so it’s practicing but I can get by okay.

Micki Ramirez has one skill because of Lindsey Morgan

Micki is also an artist on Walker. Morgan said that, although her own sketches are not featured in the show, Walker creator Anna Fricke based Micki’s talent off of Morgan’s.

“It’s funny, because I told Anna Fricke that I was a visual artist too,” Morgan said. “I kind of was leaning towards visual arts before I decided to go into acting and that’s where she got the idea that Micki was an artist. That actually wasn’t in the original pilot.”