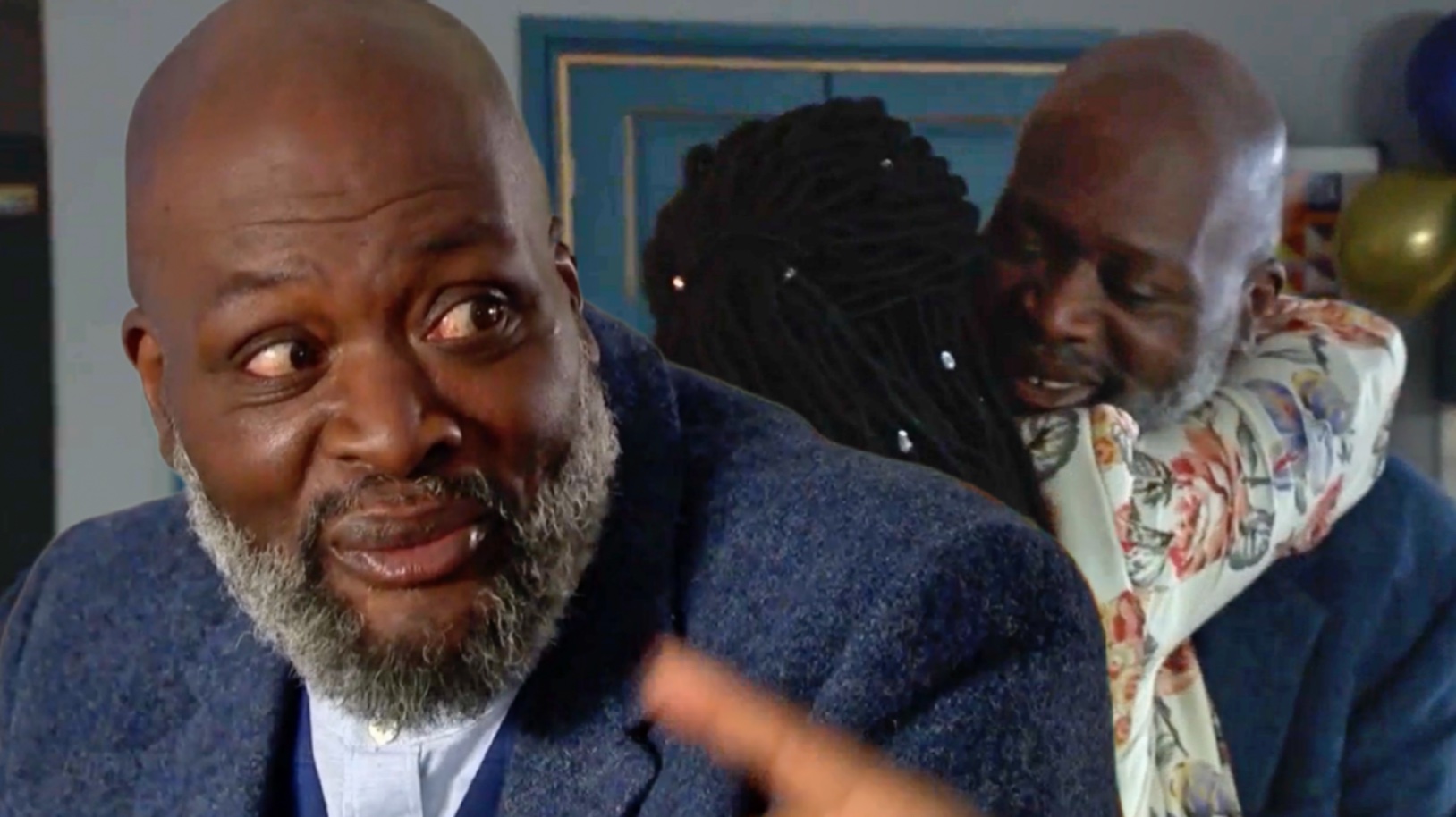 Walter Deveraux (Trevor A Toussaint) has made an emotional and unannounced return to Hollyoaks, after almost a year off-screen.

The popular character staged his secret comeback in Thursday’s (July 14) first look edition of the Channel 4 soap, as he surprised DeMarcus Westwood (Trevor A Toussaint) for his 16th birthday.

DeMarcus wasn’t the only one pleased to see Walter, however, as Pearl Anderson (Dawn Hope) was over the moon to set her sights on her old pal, and she wasted little time in embracing him.

Pearl joked that she missed ‘old man’ Walter about as much as a ‘hole in the head’, but it was evident that she was pleased to see him back in the eponymous village.

‘When I tell you about some of the adventures I’ve had, you’ll no longer think I’m old!’, Walter quipped, leaving Pearl laughing.

The returnee then joined Pearl for a dance in the living room.

Walter was last seen in September 2021, during the Channel 4 soap’s groundbreaking Black To Front episode.

Upon his departure, he tasked Pearl – who made her debut during the special outing of the serial drama – with looking after his family in his absence, and it’s safe to say that she’s done just that!

DeMarcus, meanwhile, is struggling to come to terms with the attack that was carried out on him several weeks ago by newcomer Joseph (Olly Rhodes), who has proceeded to terrorise him in the aftermath.

Thursday’s offering of the serial saw Joseph force DeMarcus to record a video in which he was ordered to brand himself a ‘waste of space’.

Hollyoaks continues Friday July 15 at 7pm on E4, or stream the next episode on All4 from midnight.