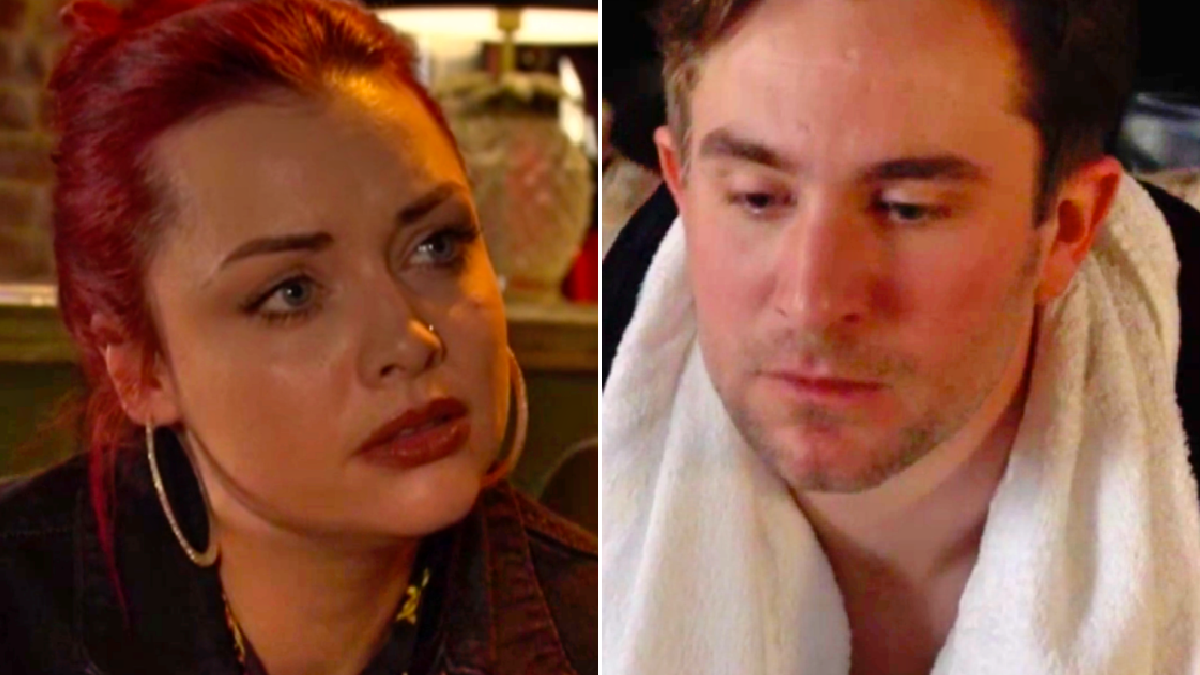 Callum Highway’s (Tony Clay) PTSD was in full force during EastEnders’ double-bill this evening (June 8), as he punched a wall and broke down in tears.

The young copper has been struggling to come to terms with the stabbing of colleague and mate Fitzy (Sam Buchanan), which took place in last night’s edition of the BBC One soap.

The first of tonight’s two visits to Walford picked up immediately following the incident, as Callum tended to Fitzy, who gave him the engagement ring he planned on using to propose to girlfriend Vicky.

Fitzy was then taken to hospital, while DCI Arthurs checked in to see how Callum was doing in the wake of the stabbing.

‘If he don’t make it then this is on me,’ Callum told his superior, evidently riddled with guilt.

He returned to the flat, where he had a shower, and later had sex with husband Ben Mitchell (Max Bowden), who informed his partner that he was wrong to ask him to quit his job.

However, he suggested that they perhaps refrain from talking about his police work for the time being, which left Callum upset, as he evidently needs to talk to someone about what he’s going through.

In need of some fresh air, Callum made his excuses, and headed out on to the Square and towards the scene of the crime. Frustrated, he repeatedly punched the wall in anger, causing him to bleed. Afterwards, he broke down, and it became clear that he is suffering from PTSD.

The young man exhibited signs of PTSD back in 2018, not long after he arrived in Walford.

The second of tonight’s two editions saw Callum continue to struggle, but Whitney Dean (Shona McGarty) offered her support, after clocking that her ex was not his usual self.

Will Callum be able to open up to Ben about what he is going through?

EastEnders continues Thursday June 10 at 7:30pm on BBC One.