At the very end of the Sunday night episode of NCIS: New Orleans, a title card paid tribute to someone from the show.

It read, “In Loving Memory of Marta Goldstein,” and included a photo of her for the CBS audience.

This left many viewers wondering what her role was with the show, as she wasn’t a member of the primary NCIS: NOLA cast.

Who is Marta Goldstein from NCIS: New Orleans?

According to her IMDb credits, Marta was credited with working on 84 total scripts for the show over that time. This means she had a very close connection with the show and everyone on the cast likely knew her.

The job of a script supervisor is to observe every shot closely and “take precise and detailed notes to provide directors and editors with an authoritative reference.”

In essence, they are there to ensure that continuity exists on the show and that each scene flows. That can include what people are wearing, how they are standing, etc.

In addition to work on NCIS: NOLA, Marta worked as a script supervisor on Reverie, Surviving Jack, The Client List, Hawthorne, Lie to Me, Joan of Arcadia, The Practice, Ugly Betty, Scrubs, and several other hit TV shows. 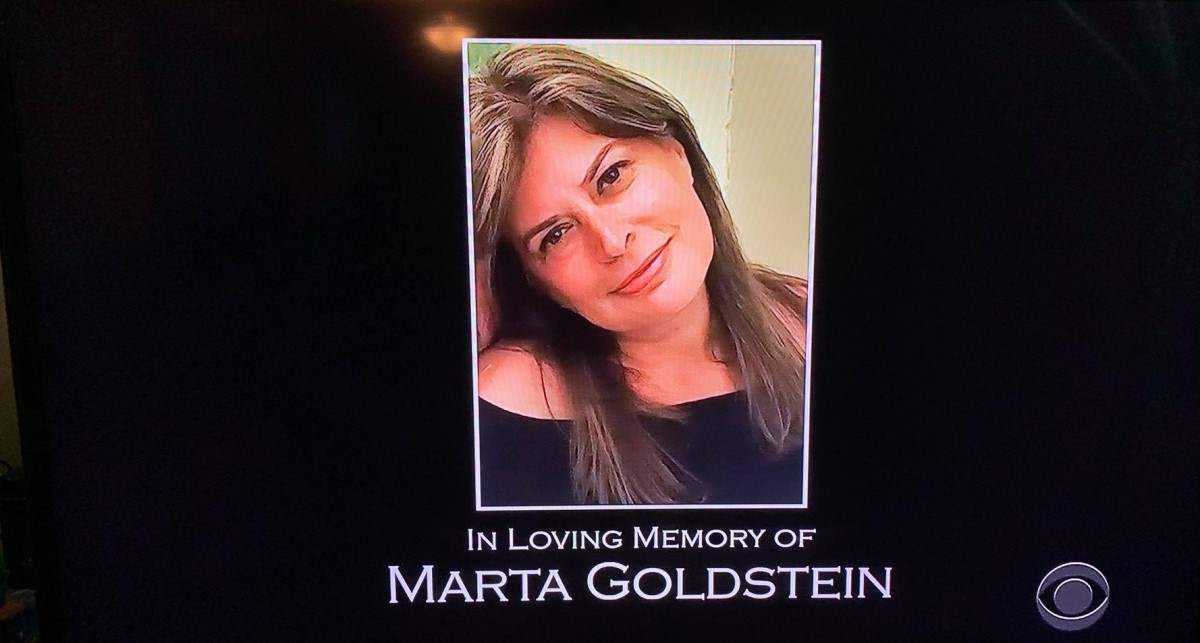 What happened to Marta Goldstein?

As of the writing of this article, Marta’s cause of death and when it took place had not been revealed by the network. It’s possible it happened suddenly and that the writers and producers of the show wanted to make sure to honor her quickly.

NCIS, NCIS: Los Angeles, and NCIS: New Orleans have all had a long history of paying tribute to people who have worked on the show and then passed away.

This has included actors and actresses, people working on the crew, and, of course, people helping write the episodes each week.

NCIS: Los Angeles already paid tribute to David Bellisario early this season. It’s sad to learn that someone else close to the show has now passed away.

A context clue about when it may have taken place is revealed in the fact that the last episode Marta worked on was The Man in the Red Suit, and it aired as part of the spring 2020 episodes for the show. The premiere date of Season 6, Episode 14, was on March 8.