STRICTLY Come Dancing will be back for yet another glitzy series in 2019.

But which celebs will be in the line-up hoping to impress the judges and win the glitterball trophy? Here's everything you need to know. 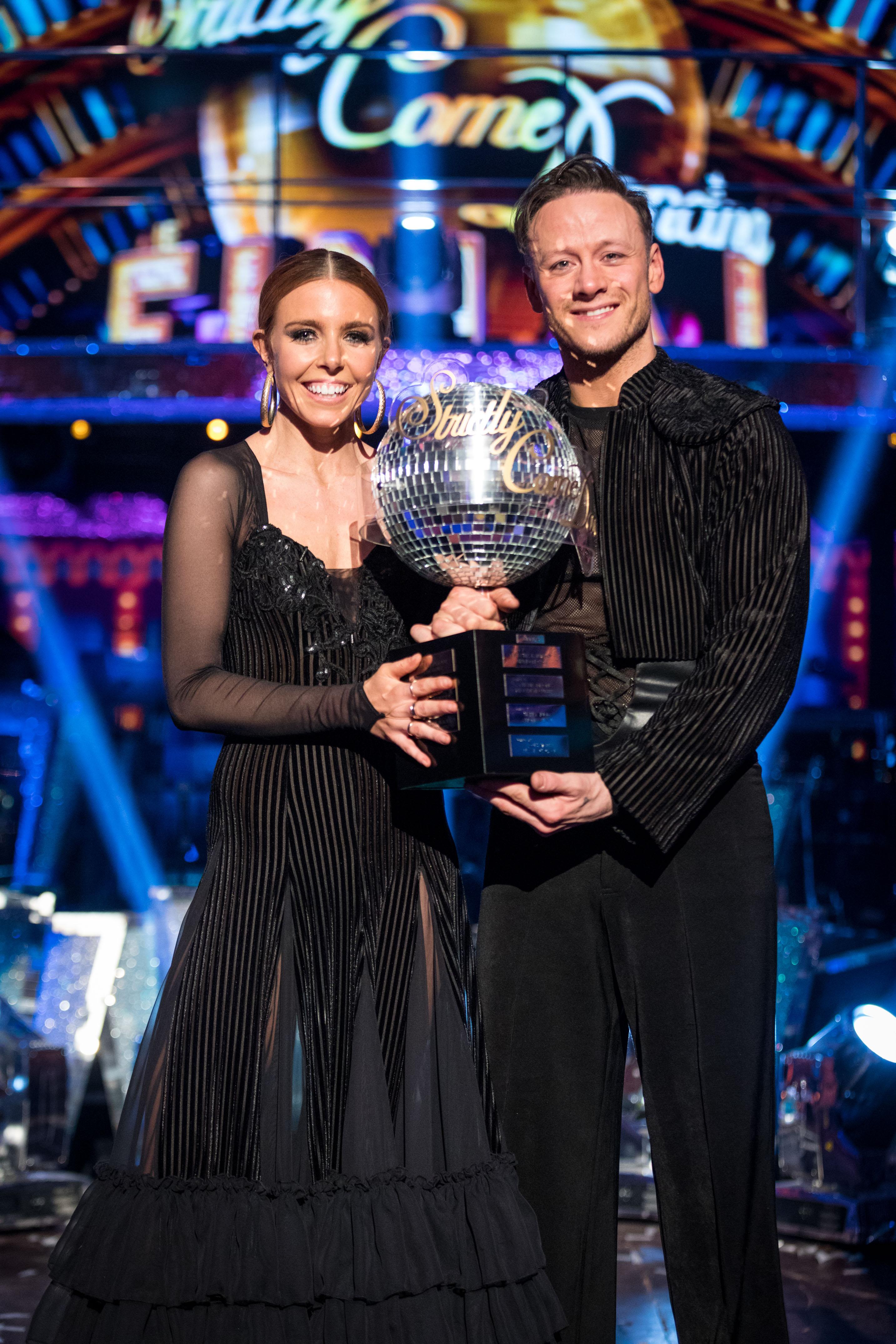 Who is rumoured to be in the line up of Strictly 2019?

While it may seem as though the last series of Strictly only just finished, there are already rumours about who will be taking part in the 2019 series.

And we're all excited to see who could be making the line-up. 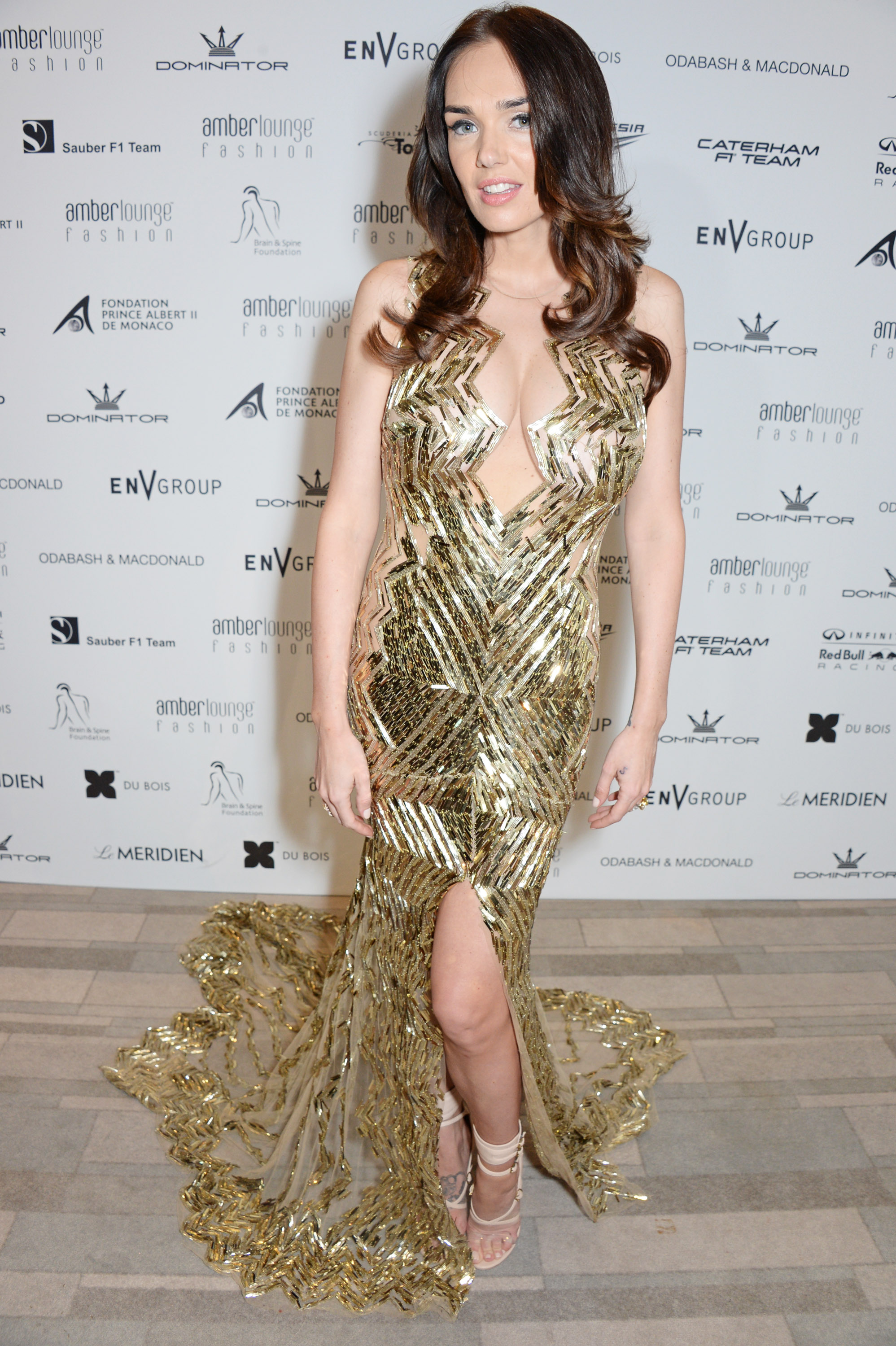 BBC execs have reportedly been phoning Tamara about appearing on the 2019 show.

But the socialite has said that she will only rehearse around her five-year-old daughter Sophia’s hectic social life.

The heiress previously told The Sun Online that now her daughter Fifi, 5, is in school, it could be “the right time” for her to finally sign up to the show after years of offers from bosses. 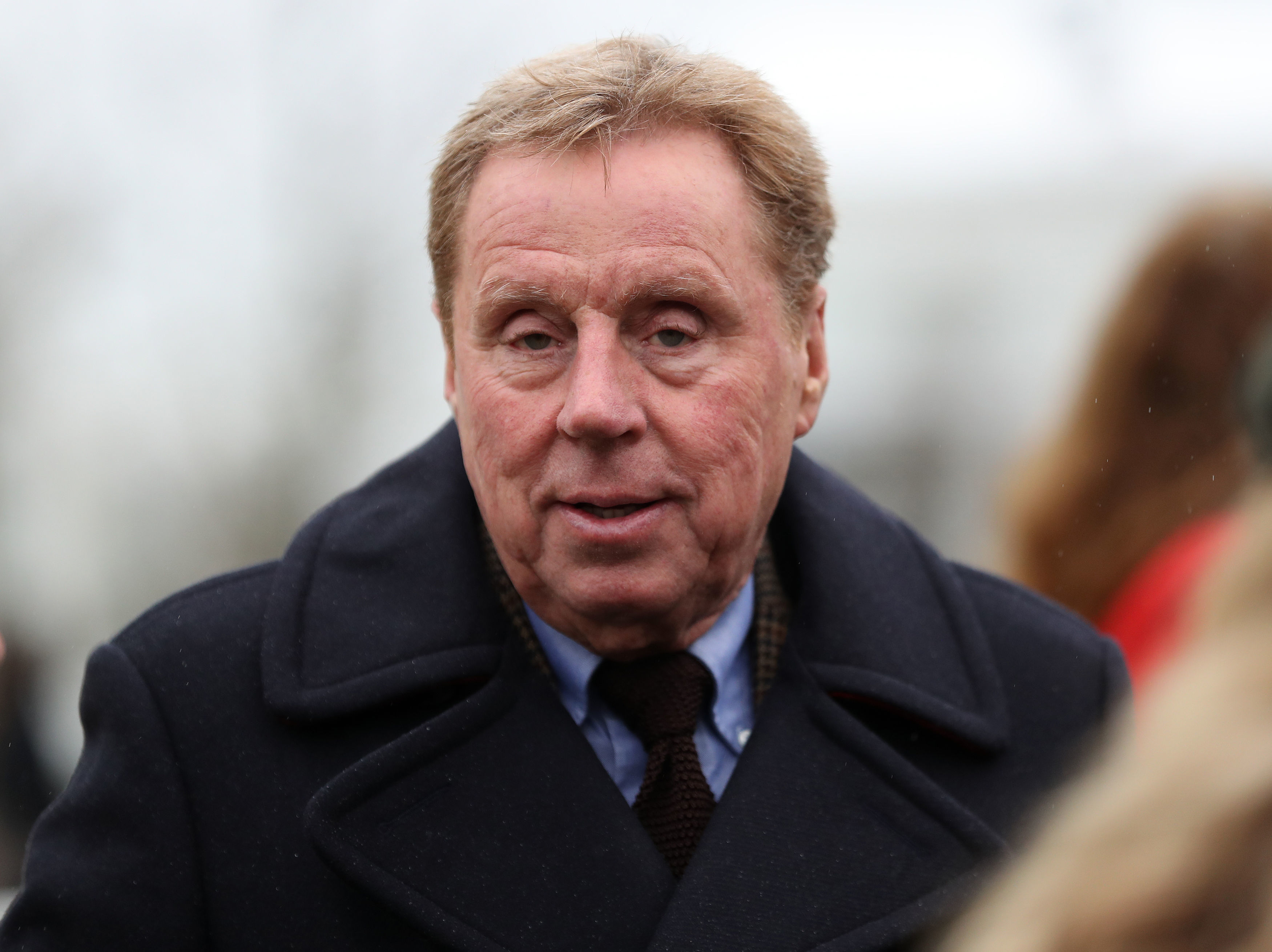 In April 2019 Harry Redknapp became a firm favourite to appear on Strictly Come Dancing, with bookies slashing the odds of him signing up to the BBC1 dance show.

But in May, Harry revealed he turned it down after his "hopeless" trial. 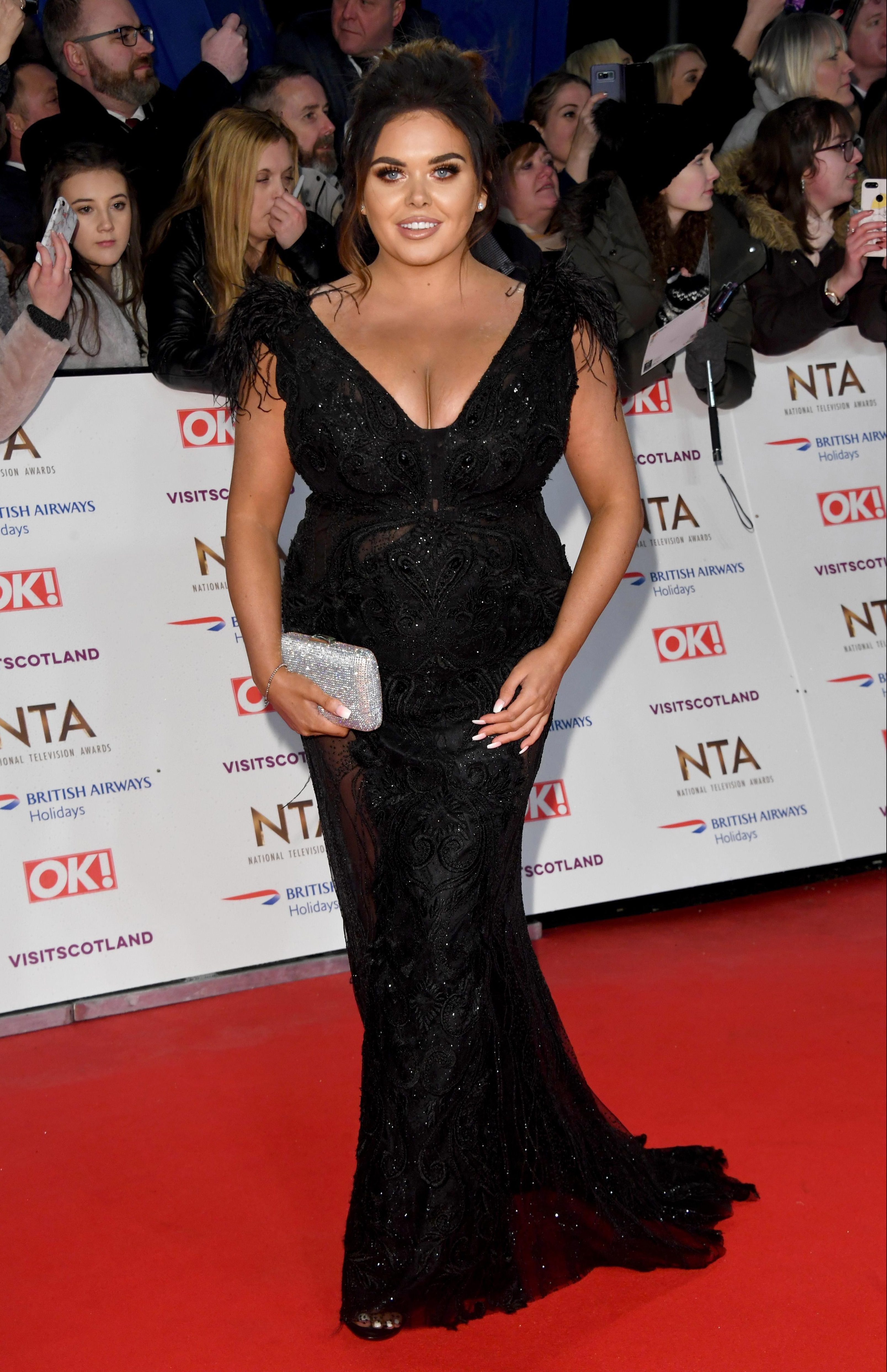 Scarlett has reportedly set her sights on Strictly Come Dancing – despite winning 600 trophies as a child dancer and being taught by Anton du Beke.

The I'm A Celebrity star, 29, wants to sign up to the BBC show to have a reunion with her former teacher.

She told the Mirror: “I’m not exclusive to ITV, so I can do what I want. 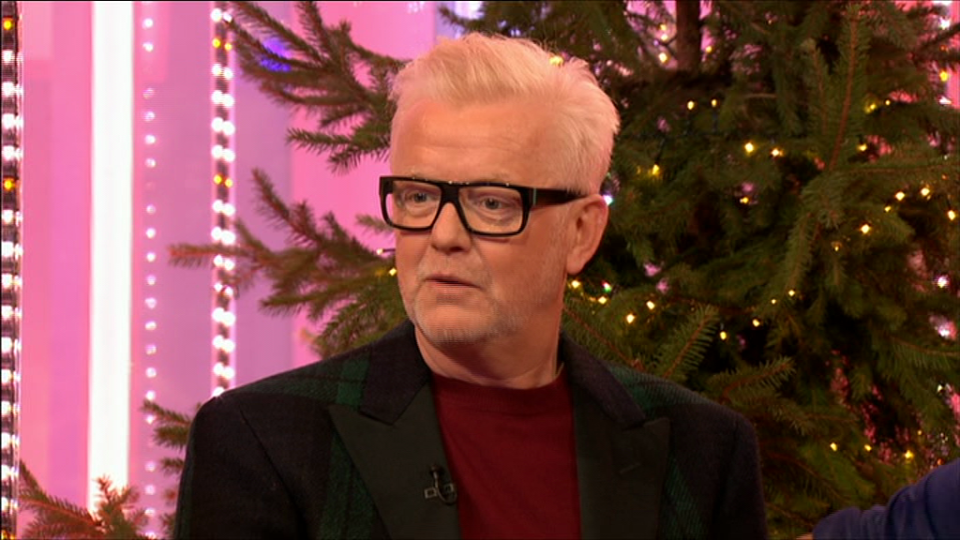 Although Virgin Radio host Chris Evans confirmed that he's said yes to appearing on Strictly in December 2018, The Sun revealed in July 2019 that he would no longer be taking to the dance floor.

The presenter had previously confirmed his appearance on the show during an interview on The One Show in December.

He said: "Well, I have said yes. Probably only because my wife would like to go every week.

"You'd know because you get a pair of tickets don't you."

But in July 2019, a source close to Chris told The Sun Online: "Chris had been talking about Strictly for a good while but it will not happen in 2019."

Last year Huw — who has shed 3st — was a VIP guest on the hit dance show.

Now BBC bosses have asked him to join comic Alan Carr to compete later this year.

“And I think the answer is, Steve, I’ve come here today for some advice. Despite all appearances, I am quite shy.” 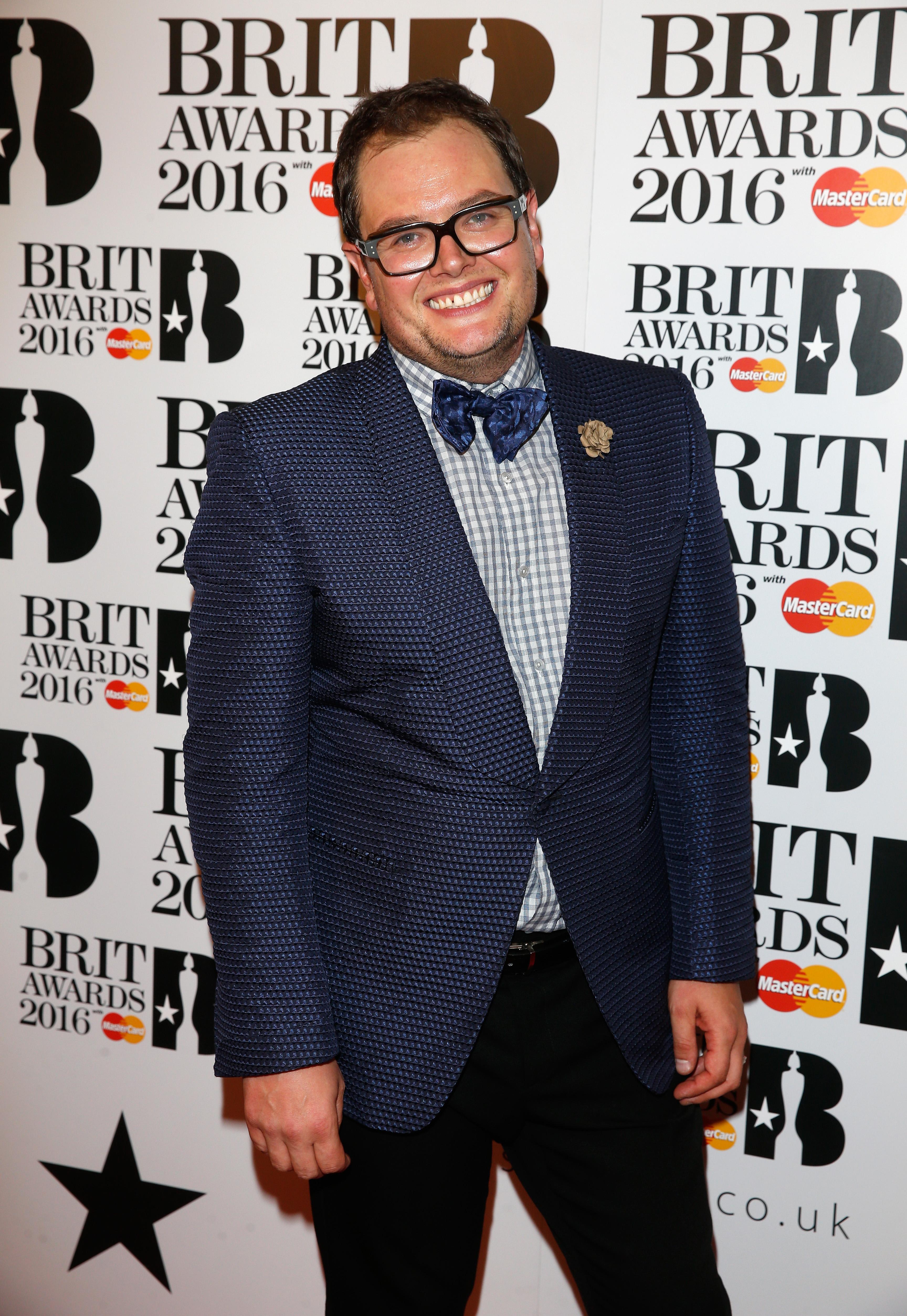 Alan Carr was reportedly the first celeb to be offered a spot on next year's series.

A source said: “Alan has met with the bosses and they all hit it off straight away.

“He’s a perfect celebrity for Strictly because he’s popular, funny and throws himself into everything — but has never had a day’s dance training in his life.

"What’s certain is he won’t hold back.” 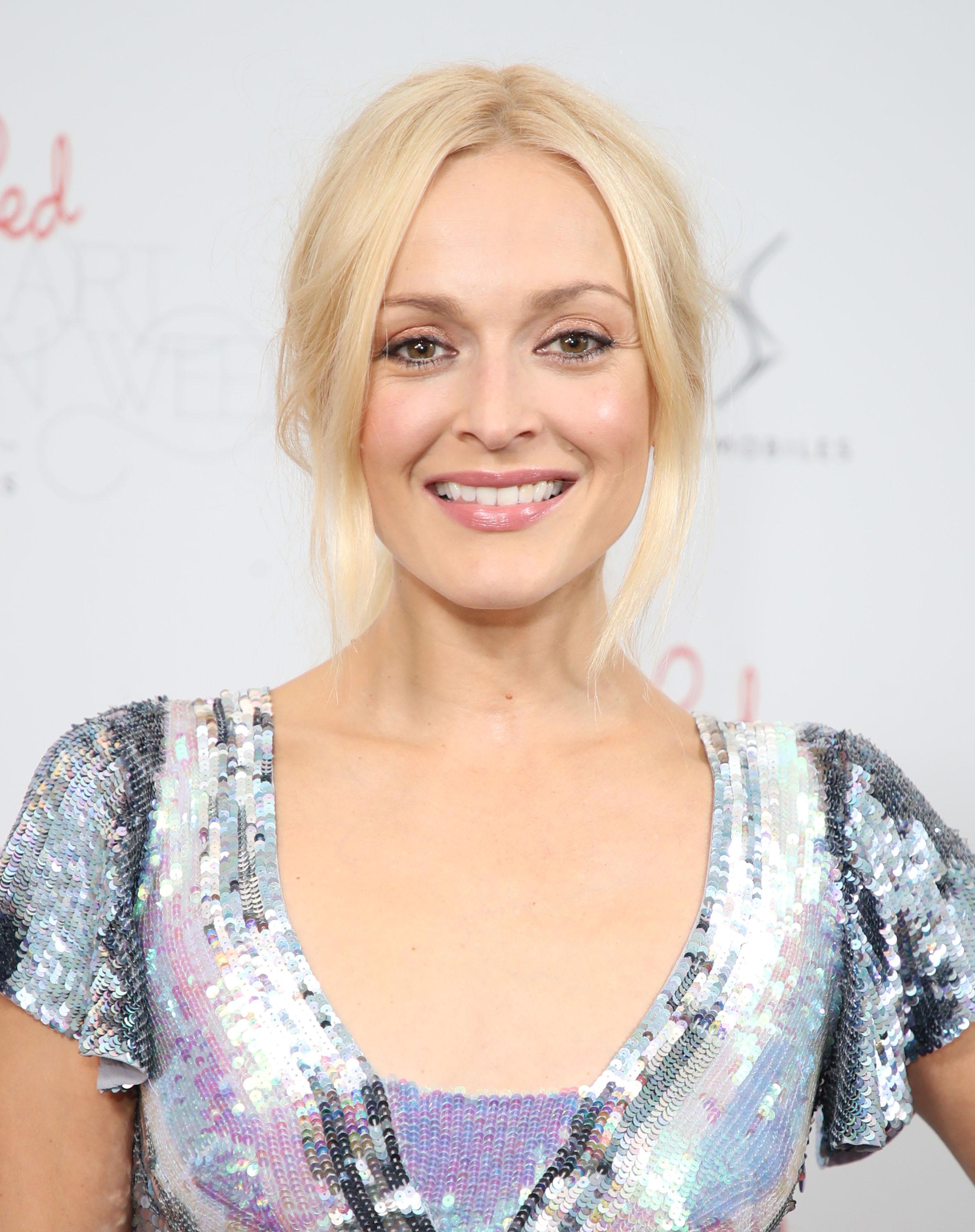 Chris Evans also claimed that his former Radio 2 colleague Fearne Cotton was “teetering on the brink” of saying yes to appearing on the show.

He added: "It will ultimately be a huge, massive sequin-covered yes." 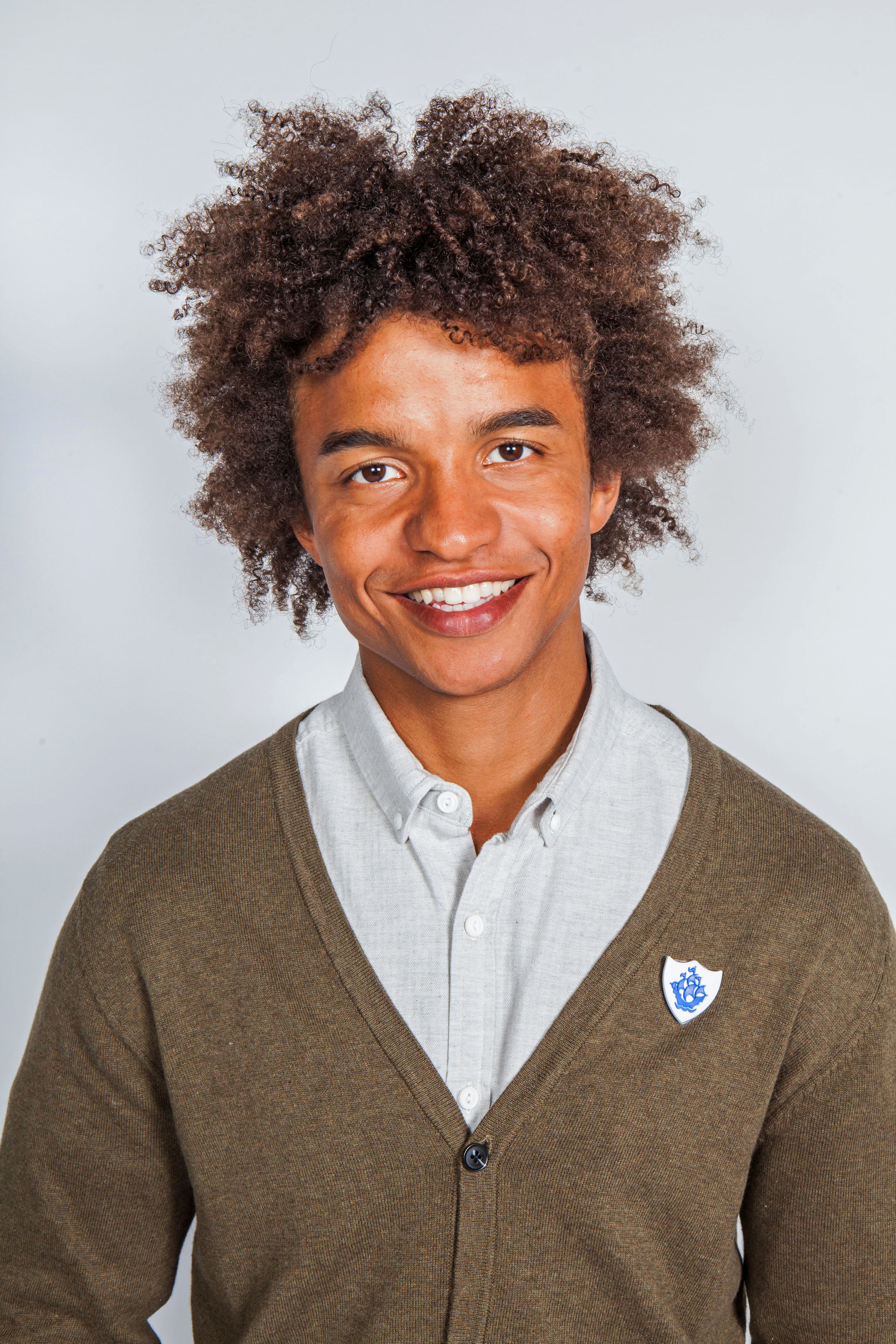 In April 2019 it was rumoured Radzi is in advanced talks to do the show.

An insider told The Sun Online: “Radzi already has a lot of younger fans and is likely to get all their parents’ votes, but he’s bound to win over the public because he is just so likeable.” 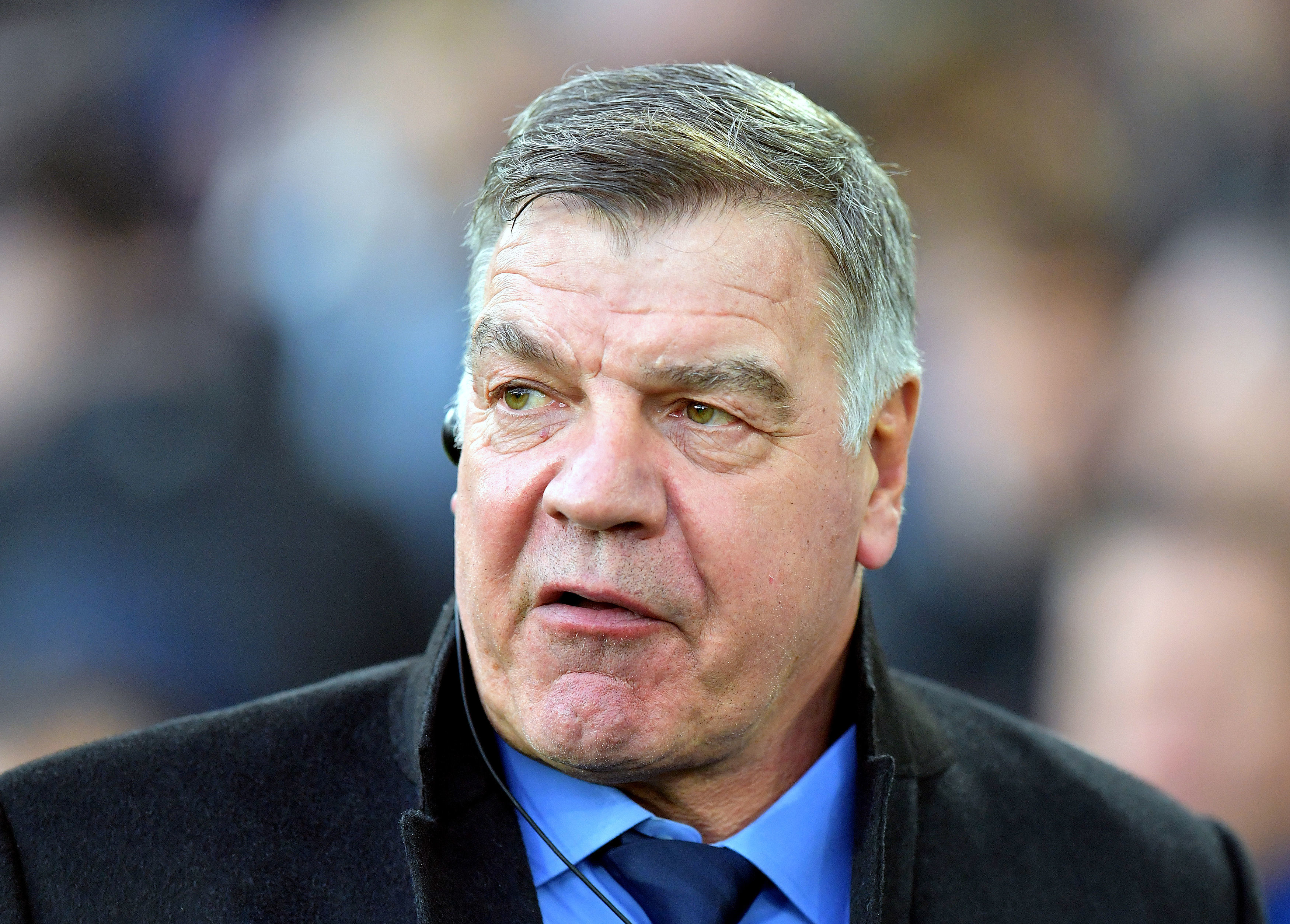 The former England manager could soon be showing his moves on the dance floor.

Big Sam met with Strictly executives, according to The Daily Mail.

A source said: "They were talking to him about the Christmas special but emphasised that they want him on a whole series, rather than just a one-off." 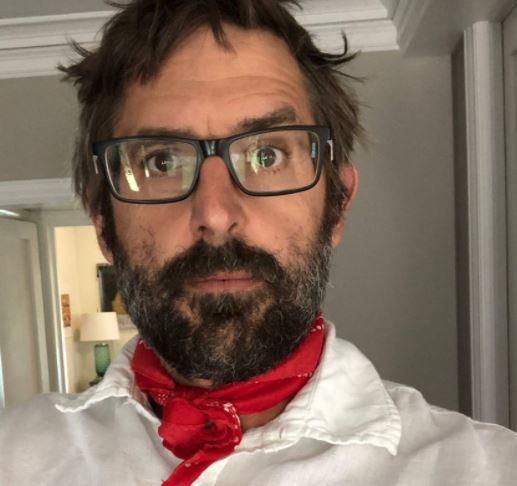 Louis Theroux sparked speculation that he's up for Strictly when he congratulated 2018 winner Stacey Dooley by tweeting "Congrats @StaceyDooley ! Me next (JK)."

Fans of the documentary maker were quick to pledge their support with one posting, "PETITION FOR THIS TO BE A THING." 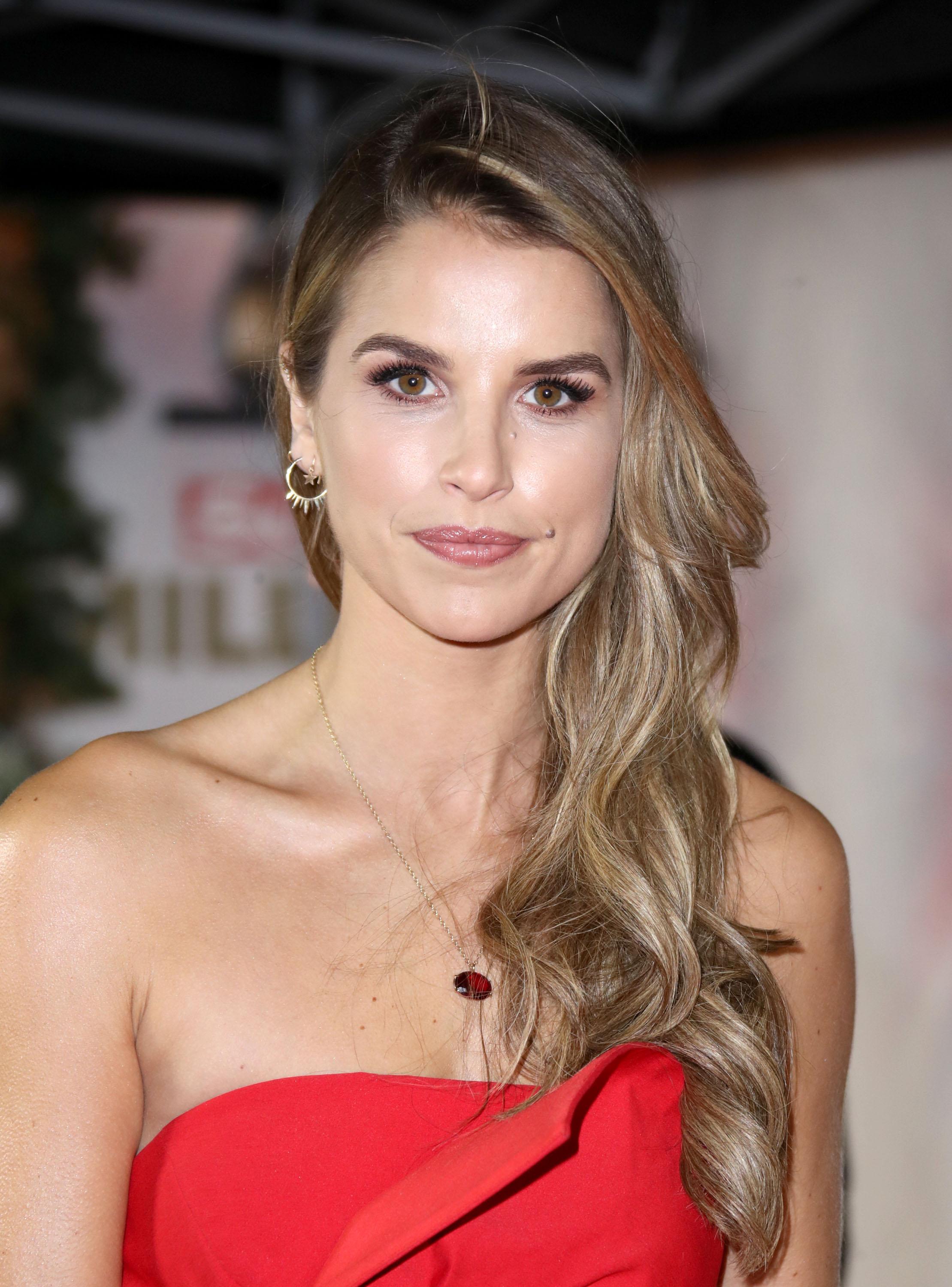 In January 2019 The Sun's Bizzare column reported that Vogue was in talks to appear on Strictly.

A source said: “Vogue has all the credentials to be on Strictly and is mates with someone in the casting department.

Vogue is friends with Strictly booker Stefania Aleksander who previously got her a place on The Jump. 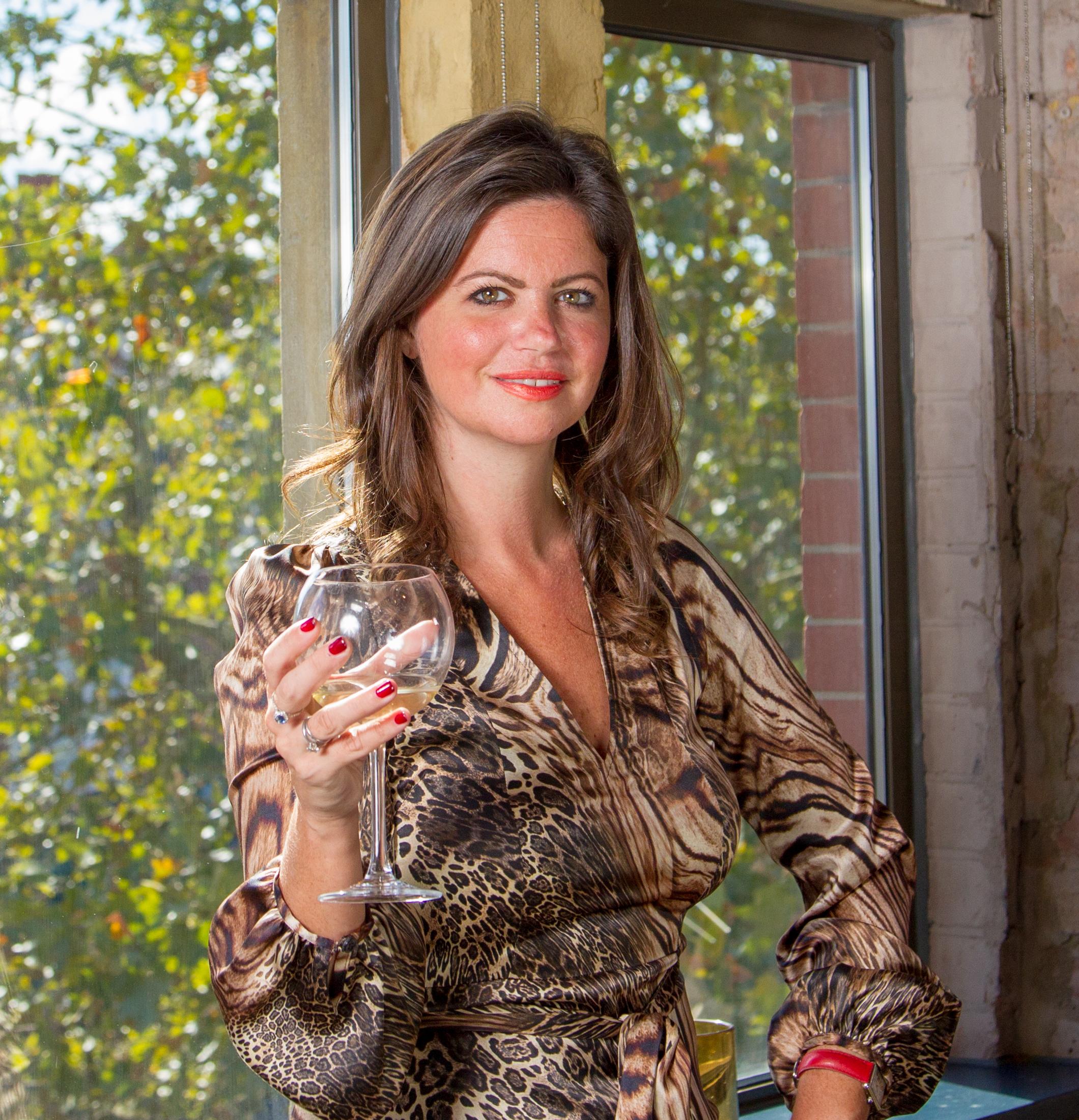 The Sun's very own Deborah James, who is living with stage 4 bowel cancer, is hoping to be in the running.

Deborah, who writes the weekly Things Cancer Made Me Say column for Sun Online and presents the BBC podcast You, Me And The Big C, tweeted her wish to appear on the show at New Year.

Since then it has snowballed, with fans All About The Board – Tfl workers who leave inspirational messages on boards and London Underground stations – campaigning for her to be included in this year's line up.

Pro dancer Kevin Clifton has given his backing tweeting Deborah to say, "I'd Dance With You". 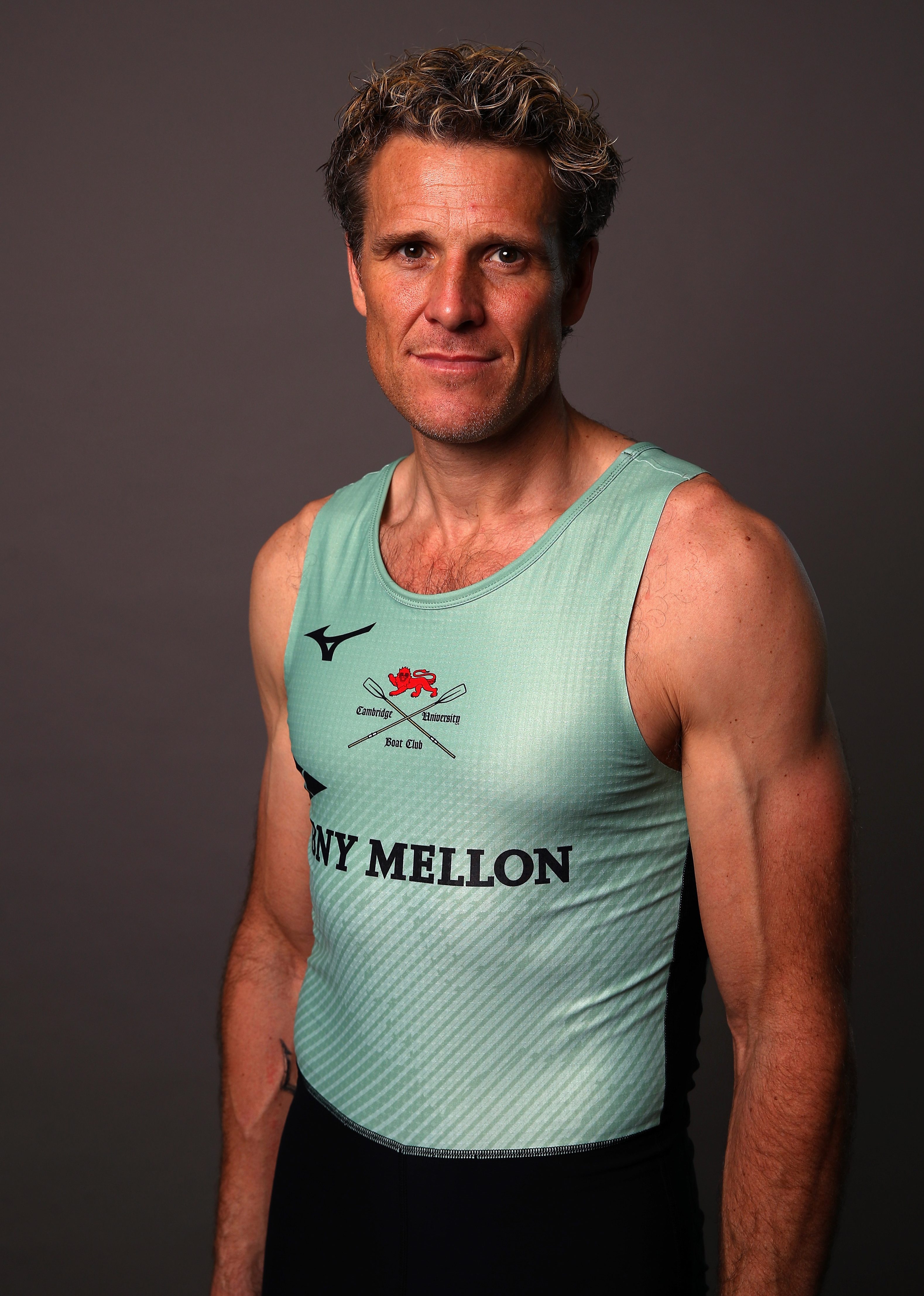 The 46-year-old rowing legend is said to be “keen” to sign up to compete in the BBC dance competition following his split from wife Beverley Turner, who barred him from appearing on the show.

He was previously offered a slot of the series last year but Beverley, who he had been married to for 17-years, reportedly told friends she did not want “some Russian f***y in his face every week” as part of the contest.

James and Beverly, 45, announced their separation in March 2019 after previously discussing their relationship woes following the sportsman’s bike accident in 2010. 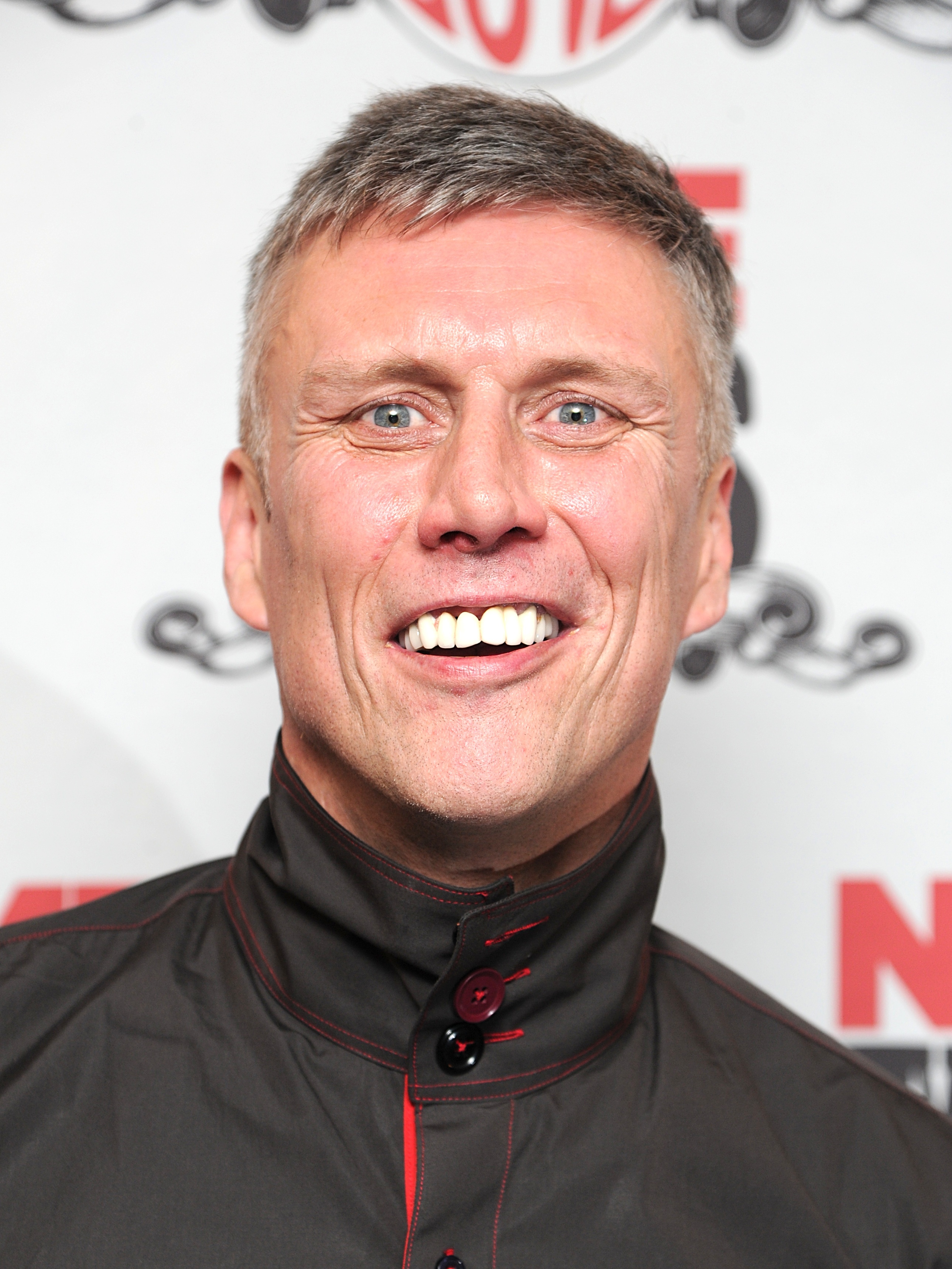 In January 2019, reports claimed Happy Mondays star Bez has reportedly been lined up to take part in this year's Strictly.

The maraca-shaker, whose real name is Mark Berry, is rumoured to want to do the show,  according to the Mirror.

The 2019 series is likely to see the return of popular presenting duo Tess Daly and Claudia Winkleman.

And the evening show It Takes Two will also be back.

In April 2019 it as announced that Rylan Clark-Neal would be co-hostingwith Zoe Ball.

Zoe took over the Radio 2 Breakfast Show in January, so has a big commitment there.

As far as we know the judging panel will continue with Bruno Tonioli, Shirley Ballas, and Craig Revel Horwood.

However in April this year, Darcey Bussell announced that she would be resigning as judge.

So far a replacement is yet to be confirmed though that hasn't stopped speculation.

When does Strictly 2019 start?

An exact date has not yet been confirmed for the start of Strictly 2019 but it's likely to kick off in September.

In 2018 the line-up was revealed at the end of August with the launch show on September 8.

This year the competition was won by journalist Stacey Dooley and her pro dance partner Kevin Clifton.

She will feature in the live tour along with other stars from the series including Ashley Roberts, Joe Sugg and Faye Tozer.