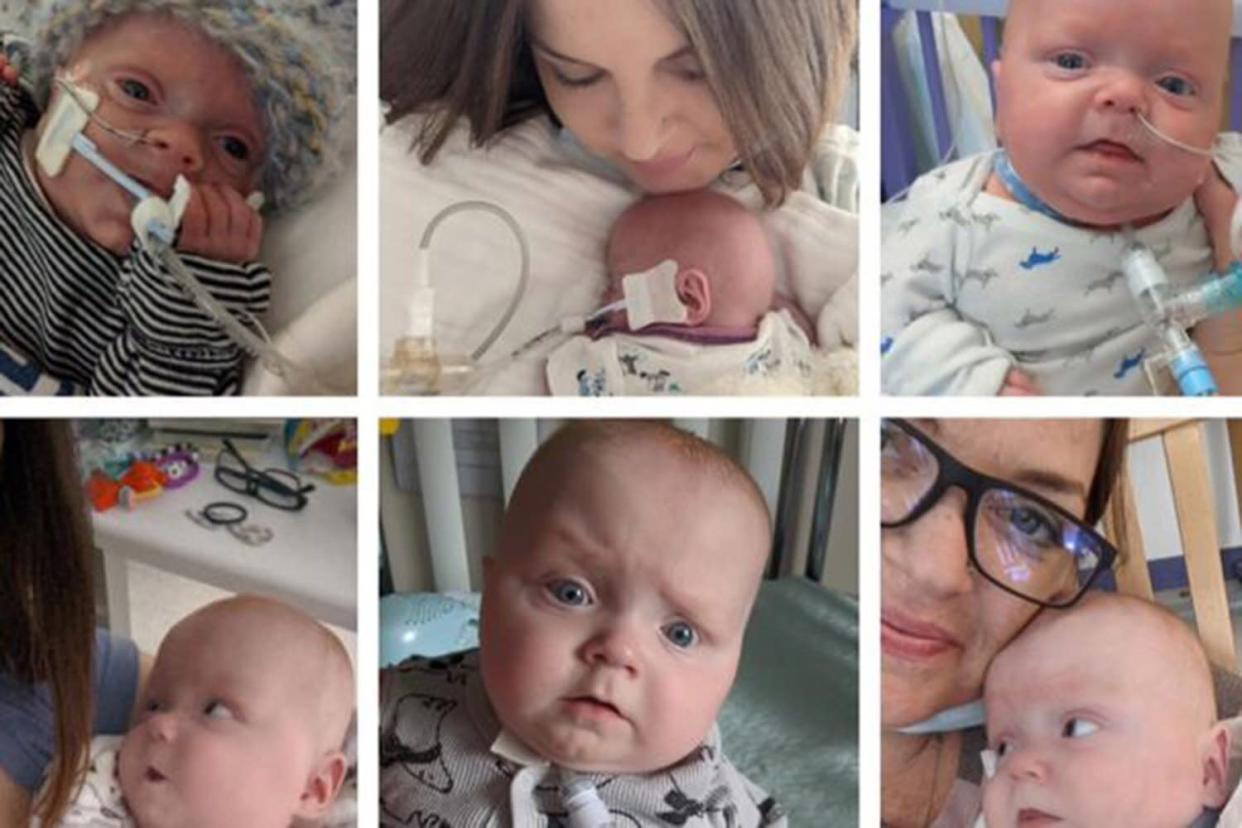 A 1-year-old boy is going into the new year with a new lease on life.

After over 200 people applied to be a donor, doctors at Boston Children's Hospital called Orthman on Sunday to inform her that they had found a living donor for a full liver transplant, according to the outlet.

Caleb, who was born at 27 weeks and has been hospitalized since birth, spent between six and eight hours in surgery starting at 3 a.m. Monday morning.

RELATED: Selena Gomez Claps Back at Fan Who Criticizes Her for Drinking Alcohol After Her Kidney Transplant

"I know a lot of people actually were up at that time sending energy and prayers and everything, so I think just all of this has been working, so it's really awesome," Orthman told WGME. "I was excited. I was emotional. The doctor on the phone said, 'That's pretty normal,' I was like, 'I don't know what to say right now.' Just excited, very excited."

Ahead of the surgery, Orthman noted on her Facebook earlier this month that "recovery after the transplant will be a process in itself, and he won't be able to be more than 2 hours away from the hospital for the first 6 months after he has the transplant."

The transplant is only the most recent medical hurdle for little Caleb, who weighed only 1.1 lbs when he was born in October of last year.

WGME reported that Caleb spent five months in Maine Medical Center's NICU, where he was placed on a ventilator and given a trach. From there he was transferred to a hospital in Massachusetts, where this year he developed an infection near his feeding tube.

It was during a scan related to the infection that doctors found a mass on Caleb's liver in August.

"It just doesn't seem real," Orthman said earlier this month. "This is what we have to look forward to. This is going to be hard. It's already been hard."

"He was so close to being weaned off the ventilator he was doing so great we were like 'ooo! He's so close to coming home.' "

"When they did the ultrasound, they said they found something unexpected. I'm not going to be able to say it but they found three masses in his liver."

Caleb started chemotherapy at only 10 months old, and the search for a liver donor began.

Friends of Orthman — who splits her time between her son in the hospital in Boston and her 13-year-old daughter in Maine — established a GoFundMe page to help her with the considerable financial hurdles she is facing.

"She is spending more time driving back and forth from Maine to Boston, on top of her regular weekend visits. She also balances her time working from home and taking care of her oldest daughter Lexie, who is 13," the GoFundMe description reads.

"Being a single Mother to two children, and also dealing with so many new uncertainties surrounding Caleb, this is taking a huge financial and emotional toll on her. We cannot even begin to imagine the weight she has had to carry through all of this ( Hello SUPERWOMAN ), we can at least try and relieve some of it financially and by continuing to lift the Orthman family up in prayers and healing thoughts!"