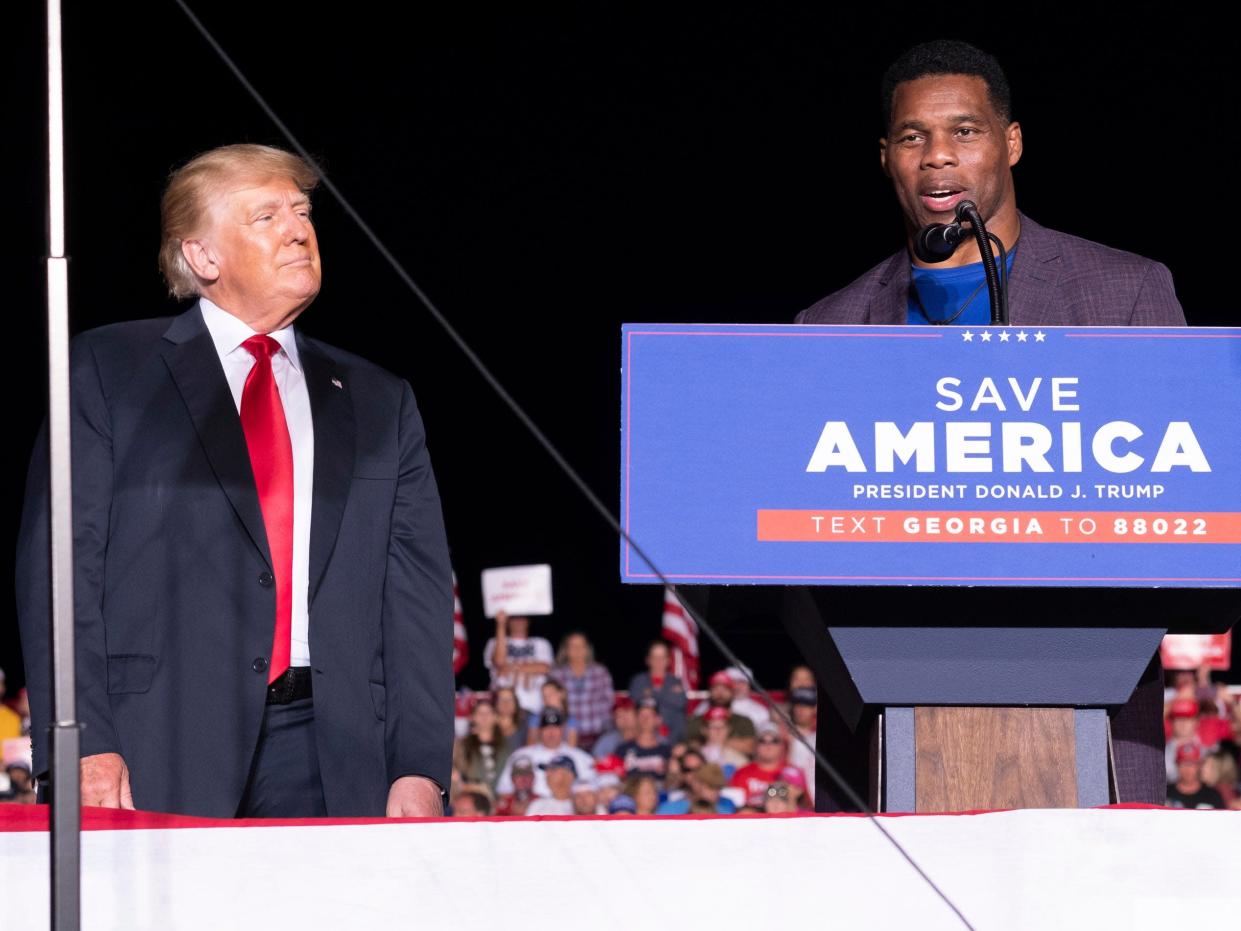 As many Republican candidates relish the support they receive from former President Donald Trump, some in the party are seeking to keep their distance, afraid he could derail messaging aimed at the Democrats.

One unnamed GOP operative in Georgia told The Washington Post some Republicans in the state think it would be bad for their candidates if the former president came through.

"Trump coming down to Georgia is the worst thing that can happen for Republican candidates down here," the operative told the Post. "It immediately turns the focus from inflation and immigration to Donald Trump, and Donald Trump lost the last election here."

The operative also noted the competitiveness of the Senate race, in which Trump-endorsed Republican Herschel Walker is looking to unseat Democratic Sen. Raphael Warnock in a closely watched race that could impact which party ends up with a majority in the chamber.

"We have a pretty tight window to get Hershel across the finish line on election night, and Trump would undermine that," the operative told the Post.

Previous reports have said some Republicans want the focus of the midterms to remain on the Democrats and President Joe Biden, rather than Trump or the 2020 election, with some even worrying about what could happen if Trump announced a 2024 campaign before election day.

The Georgia race, considered one of the tightest in the country, has been called a toss-up by some experts, while poll averaging site FiveThirtyEight gives Warnock a slight edge.

But Trump, who has long bragged about the value of his endorsement and appearances on the campaign trail, has not returned to Georgia in more than six months — despite a report in the Atlanta Journal-Constitution in September that said he was considering returning after the Walker-Warnock debate.

Meanwhile, he has continued to hold rallies alongside Republican candidates vying for a win in November in other states.

The former president was in Arizona earlier this month campaigning alongside Kari Lake, who is in a tight contest for Arizona governor, and Senate candidate Blake Masters, whose crucial race is also considered a toss-up by experts. Trump also appeared this month at a rally in Nevada, which also has an important Senate race, and just this weekend he was in Texas, which does not have a competitive Senate race on the ballot.

Still, Trump hasn't been to Georgia since March, even as Walker has struggled to deal with an abortion scandal. Three sources close to the situation told the Post that Walker's campaign talked to Trump's team about the former president potentially coming, but the suggested rally never happened.

Sources told the Post Trump may do several additional rallies before election day, including in Georgia, but only where he is wanted.

"We aren't going anywhere we are told they don't want us," an unnamed Trump adviser told the outlet. "If you're trying to drive out independents and suburban moderate women, he's probably not your best option."

Trump's office did not immediately respond to Insider's request for comment.