A quiet murmur, simmering with both anxiety and excitement, fills the room. The air is thick with
anticipation.

I’m inside a plenary overflow room, where observers are watching the final COP session take place. In just moments, the gavel will fall on the Glasgow Climate Pact, and COP26 will be over. Right next door, negotiators have just pulled an all-nighter trying to finalise the text for COP26, and the last several hours trying to push it through. They have succeeded. The sun has only just risen in Australia, but many of my colleagues sitting next to me are still reporting back constant updates to their team at home. 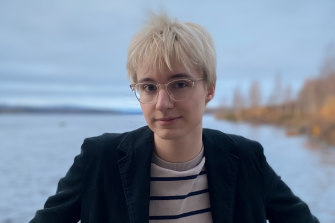 We hoped to be sharing good news, but instead the outcomes are sub-par. The pact is not the monumental achievement many around the world begged for just two weeks ago – rather it just takes minor steps to push countries lagging behind in the right direction but fails to push for meaningful action to reduce emissions in line with what the science demands. In a last-minute change, after lobbying from India, the pact was changed to phase down, not phase out coal, a huge loss.

The Glasgow Climate Pact does have some good outcomes. Loss and damage finance, which is vital financial support for developing countries that did the least to contribute to the climate crisis but are seeing the worst impacts of it today, was strengthened and increased, even if there is not the new dedicated damages fund that those on the frontlines were asking for, and justly deserve. And above all, the outcome keeps the fight for limiting global warming to 1.5 degrees alive. That said, the gap between policy and science still is as clear as day – we are not on track.

Over the last two weeks, we’ve seen a parade of greenwashing and empty words play out in front of us. Activists are exhausted and disappointed. We’ve been loud, and we have done everything we can. We were promised so much by leaders in the opening days, but in the end, the outcome is just as we predicted. While many may say that COP26 was a step in the right direction, a small step in the right direction is not enough. COP26 was not enough. COP26 was a betrayal to the millions of people who are suffering around the world today.

Sitting in the plenary, waiting while country negotiators argue and argue, made me feel sick. I’m watching leaders argue whether my future and present is worth the political hassle. This is not a debate, it is an execution. The negotiations are simply deciding how much destruction developed countries can inflict on those on the frontlines today, and on the future of this planet. My future.

In the informal stocktaking session before the gavel was sounded, the Tuvaluan negotiator pulled up a picture of his grandchildren. He looks to be on the verge of tears as he begs politicians to think beyond politics. He asks them to think of the Earth they’re leaving behind. He, and many other negotiators from countries at the frontlines of ecological breakdown, are no longer trying to make the pact better. They’re trying to save it from other countries attempting to make it less and less impactful.

Even in the face of what is excruciatingly clear climate science detailing what will happen if we don’t keep warming below 1.5 degrees, leaders still feel the need to prioritise economic gain and continue to greenwash. We don’t just need climate action, we need climate justice, and right now we’re getting neither. I watch in admiration as activists from communities on the frontlines of the climate crisis keep fighting a battle we must win, even as their homes are destroyed by the impacts of climate change.

As youth climate activists, we’re at a major crossroads. We need to ramp up our pressure on the Australian government, world leaders, and industry players to take action now. Waiting for the next COP, then the next, then the next to be the silver bullet for solving climate change is fruitless.

We need to push for strong climate leaders and incite change, especially in the lead up to the federal election next year. We will continue to hold politicians accountable for their actions and efforts to uphold the fossil fuel industry, with ever-increasing intensity. As the world watches on, the fight for climate justice must not falter.

The future of our planet hangs by a thread. The final pact, while weak, puts strong pressure on Australia to switch paths and step up our efforts, or risk permanently destroying our sunburnt country for the generations to come. We need strong and decisive climate action, or the government not only will hold the burden of responsibility for those people who have already died in climate-related disasters, but also the responsibility for those who will die in the coming fires and floods.

Understand what is happening to the environment, what’s being done about it and what it means for the future. Sign up here.