The world is ‘more complex and dangerous’ than at any time since the end of the Cold War, with China and Russia among the main sources of concern, the new head of the armed forces warned.

Admiral Sir Tony Radakin said Vladimir Putin’s Russia was ‘a threat to our values and interests’, while China was ‘challenging international norms of behaviour’.

Setting out his mission, the Chief of the Defence Staff – who took office on November 30 – said he wanted more personnel deployed on operations or training rather than ‘stuck in barracks’.

And he said the armed forces needed to be more inclusive – although he insisted this was ‘not about wokefulness’ but a need to reflect the nation the military serves.

In a speech to the Royal United Services Institute, Admiral Radakin said although the world was more prosperous and more people lived in democracies than at the end of the Cold War, ‘our security outlook is far more complex and dangerous than at any time over the past 30 years’.

Admiral Radakin’s speech came as US President Joe Biden warned Putin in a two-hour video call on Tuesday that a Russian invasion of Ukraine would bring enormous harm to the Russian economy.

Tensions along Europe’s eastern border have been simmering since Putin annexed Crimea back in 2014, and have been threatening to boil over ever since Moscow began massing forces in the region starting in April this year.

Satellite images have revealed huge new camps of Russian troops, tanks and artillery along the border as Putin continues massing his forces on Europe’s doorstep. 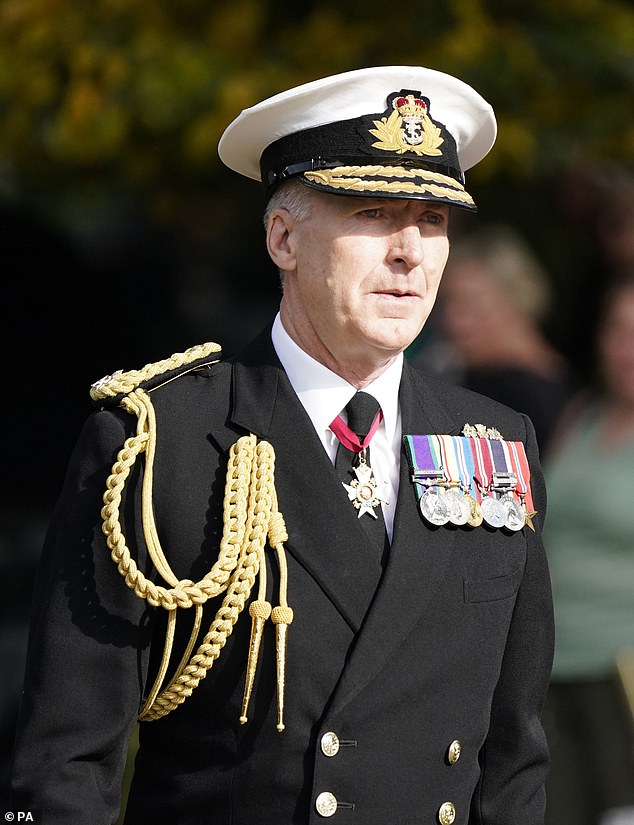 The world is ‘more complex and dangerous’ than at any time since the end of the Cold War, with China and Russia among the main sources of concern, the new head of the armed forces, Admiral Sir Tony Radakin, has warned

The military chief also touched on the US’s disastrous withdrawal from Afghanistan, which saw thousands of translators who had worked for Britain stranded and left at the mercy of the new Taliban regime.

He said: ‘Russia’s behaviour is a threat to our values and interests.

‘Iran could soon join North Korea in posing a nuclear and ballistic missile threat to the UK and our allies.

‘Instability in the Western Balkans is surging again. China is challenging international norms of behaviour: whether freedom of navigation, economic intimidation or wolf-warrior diplomacy.

‘And like it or not, our withdrawal from Afghanistan is grist to the mill for those who subscribe to a narrative around the decline of the West,’ he added.

In response to the situation, the Government’s review of foreign and defence policy had confirmed the need to modernise every aspect of the armed forces and ‘deter and defend against state-based opponents’.

Admiral Radakin said the forces needed personnel and equipment which were ‘more deployable and deployed more, whether at home or abroad’.

‘Our forces need to be out in the world supporting British interests, deterring and shaping on a continuous basis,’ he said.

The forces also needed to ‘better reflect society’ whether that was through issues such as more women in senior roles or changes to uniforms.

Failing to reflect the ‘diverse nation we serve’ could mean ‘we risk looking ridiculous’.

He said: ‘This is not about wokefulness. It is about woefulness.

China has been accused of committing genocide against Uighur Muslims in its Xinjiang region and its state-backed newspaper the Global Times warned in October that ‘World War Three’ could be triggered after it sent dozens of warplanes into Taiwan’s airspace. 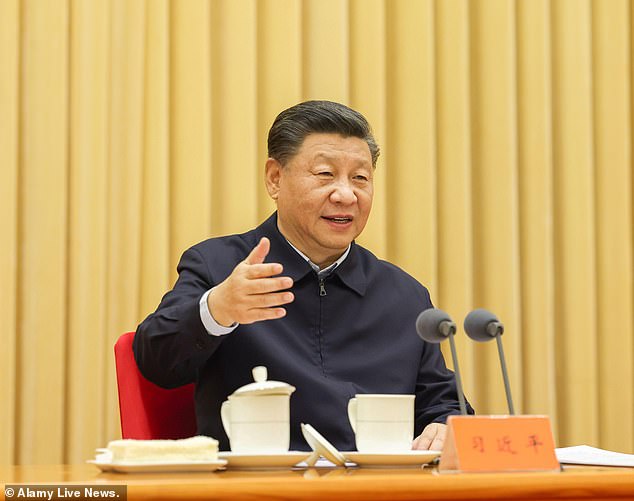 Admiral Radakin spoke as President Biden is said to have told Putin of the US’s ‘deep concerns’ about the build-up of Russian forces near the Ukranian border.

The highly anticipated call between the two leaders came amid growing worries by the US and western allies of a Russian invasion of neighbouring Ukraine.

Mr Putin came into the meeting seeking guarantees from Mr Biden that the Nato military alliance will never expand to include Ukraine, which has long sought membership.

The Americans and their Nato allies said in advance that Mr Putin’s request was a non-starter.

A White House statement after the call said that President Biden had voiced the ‘deep concerns’ of both the US and European allies about the build-up of Russian forces near the Ukrainian border.

They added that the President ‘made clear that the U.S. and our allies would respond with strong economic and other measures in the event of military escalation.’

The economic sanctions, which could target Russia’s biggest banks and Moscow’s ability to convert its national currency roubles into dollars and other currencies, are designed to dissuade the Russian President from using tens of thousands of troops massed near the Ukrainian border to attack its southern neighbour.

As the pair spoke, Ukrainian officials grew more anxious about the tens of thousands of Russia troops that have been deployed near the border.

Just hours before the start of the call, Ukrainian officials claimed Russia had further escalated the smouldering crisis by sending tanks and snipers to war-torn eastern Ukraine to ‘provoke return fire’ and lay a pretext for the potential invasion.

The talks came as Ukraine warned of a ‘bloody massacre’ and five million Ukrainian refugees fleeing into Europe if Russia decides to invade Kiev.

Satellite images have revealed huge new camps of Russian troops, tanks and artillery along the border as Putin continues massing his forces on Europe’s doorstep.

Tensions along Europe’s eastern border have been simmering since Putin annexed Crimea back in 2014, and have been threatening to boil over ever since Moscow began massing forces in the region starting in April this year.