Advisors have warned Boris Johnson against further foreign aid cuts ahead of the Cop26 climate conference in Glasgow.

A committee known as the Friends of COP, assigned by Cop president Alok Sharma, wrote a letter to the Prime Minister expressing ‘deep concern’ over the planned cuts.

The group of climate experts also warned the cuts would send a signal that the UK is ‘neither committed to, nor serious about, enabling a green global recovery from the pandemic’.

It follows an official watchdog saying that Mr Johnson’s move to slash the foreign aid budget ‘undermined’ efforts to limit the long-term damage of the coronavirus crisis overseas.

The Independent Commission for Aid Impact (ICAI) said on Thursday programmes that would have mitigated the pandemic’s impact had been ended due to the cut. 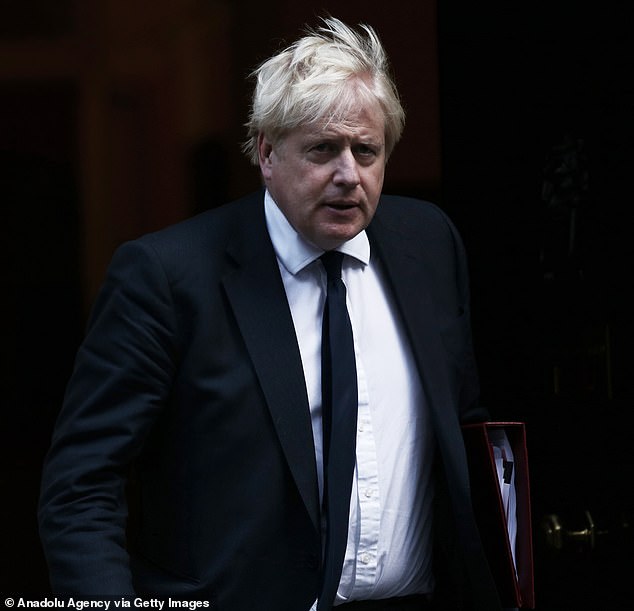 The group of climate experts warned the cuts would send a signal that the UK is ‘neither committed to, nor serious about, enabling a green global recovery from the pandemic’ (pictured: Boris Johnson on Wednesday)

The letter seen by the BBC reads: ‘As ‘Friends of COP’ we are writing to you to express our deep concern at the prospect of further UK aid cuts in the final few days before COP26.’

It adds: ‘The ability of the UK to act as a genuine, trusted partner for developing countries is of crucial importance to COP26’s success.

‘Further implied cuts to overseas aid at the Comprehensive Spending Review (CSR) would send a signal that the UK is neither committed to, nor serious about, enabling a green global recovery from the pandemic, nor improving the resilience of the most vulnerable to climate change.’

Meanwhile, a watchdog’s report led to fresh criticism of the Prime Minister’s move to reduce aid spending for the world’s poorest from 0.7 per cent to 0.5 per cent of gross national income (GNI).

ICAI commissioner Sir Hugh Bayley also urged the Government to ‘accelerate’ the supply of Covid-19 vaccines to developing countries, with the vast majority having gone to rich nations.

The ICAI review said: ‘The UK’s strong initial response to the pandemic, seeking to reduce the severity and length of the crisis, mitigate its long-term damage and deliver cost-effective long-term development efforts has been undermined following the decision to reduce the aid spending target to 0.5 per cent of GNI.

‘We have seen evidence of programmes that would have mitigated the long-term damage of the crisis being reduced and good long-term investments being ended.

‘We found evidence in some cases that this had increased the burden on partner countries and other funders, potentially placing vulnerable groups at increased risk.’

‘Some funders had stepped in’ but the ‘speed of decision making did not allow other funders to be enlisted in a considered and structured way’, the report added.

‘Looking forward, the reduced aid budget and reduced autonomy for the overseas network within the new FCDO (Foreign, Commonwealth and Development Office) appears likely to reduce the ability of the UK aid programme to respond flexibly to the evolving pandemic.’ 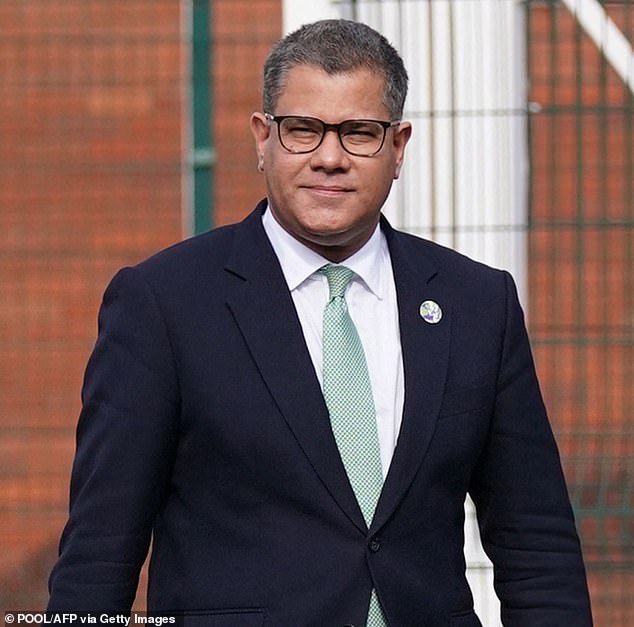 A committee known as the Friends of COP, assigned by Cop president Alok Sharma (above), wrote a letter to the Prime Minister expressing ‘deep concern’ over the planned cuts

‘In our fight against Covid-19 we are not safe until we are all safe,’ she said.

‘Yet by cutting the international development budget, the Conservatives have not only abandoned millions around the world but has effectively tied one hand behind our back.

‘It is shameful that, when the most vulnerable countries of the world needed support, Conservative MPs reneged on their manifesto promises and walked away.

‘This report is proof of the disastrous impact the Government’s decision will have on our global battle against Covid-19.’

An FCDO spokeswoman responded: ‘The UK continues to lead the global response to the pandemic. We have contributed £1.7 billion to support the effort to fight coronavirus worldwide.

‘Our funding is helping to provide more than a billion vaccines to lower and middle income countries, as well providing coronavirus treatments and tests. No-one is safe until we are all safe.’