A humpback whale has been caught on camera saying hello to a whale watching cruise ship off the Queensland coast.

The video, posted to Instagram by Sea World Cruises on July 28, captures the incredible moment the whale surfaces just metres away from the boat on the Gold Coast, Queensland.

The caption read: ‘Four humpbacks during one of their tours, the curious pod peeking their heads out of the water in a behaviour called spy hopping.’ 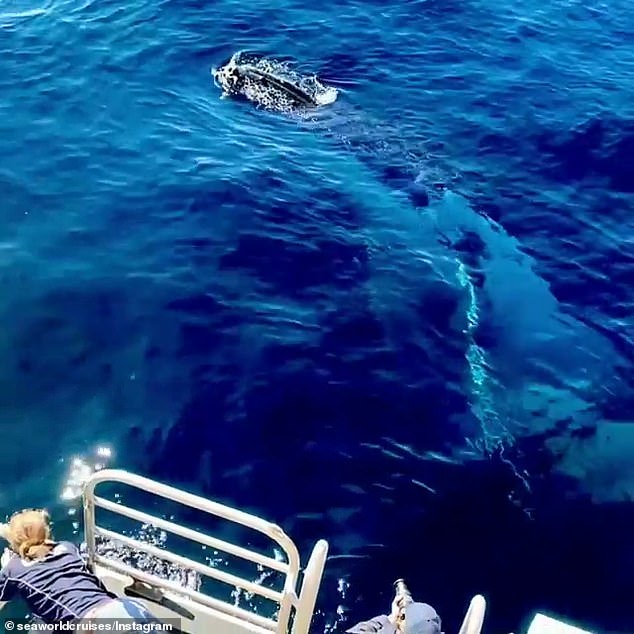 The video has been viewed nearly 2,000 views and has become popular with whale watching fanatics.

‘Incredible! I’m so sad the times I’ve been on your tours we barely saw whales they were so far out from the boat,’ one wrote.

‘So amazing,’ remarked another.

The coastlines of Australia offers many opportunities for whale watching, especially during the months from May-November when they migrate to and from Antarctica.

Humpback whales and Southern Right whales are most commonly seen during this time on the east coast while Orcas can be seen on the southern coast off Western Australia.

Many other types of whales are seen during this migration period however, Humpback whales are known to be friendly and curious around boats and divers, giving them the title of being the most popular among these whale watching cruises. 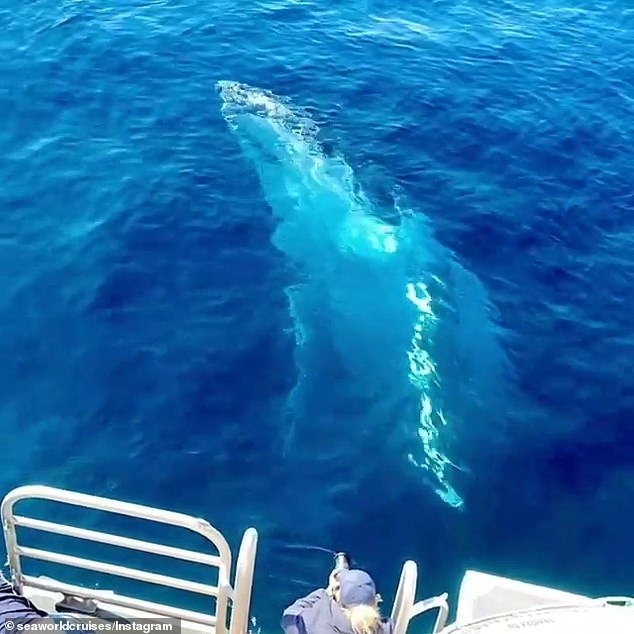 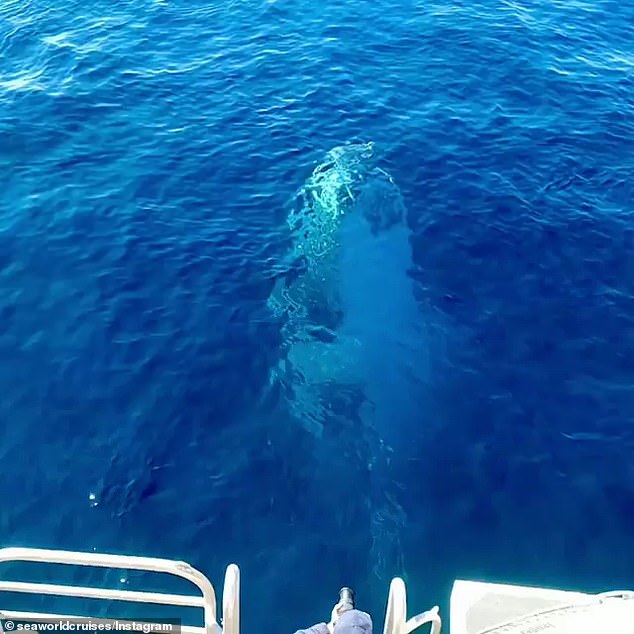