AN Amazon driver has revealed that a woman seen sneaking from his van is his partner and has also dropped a heavy hint about what happened.

The delivery man was fired after a bizarre video showed a woman crawling out of the back door of his truck went viral on social media. 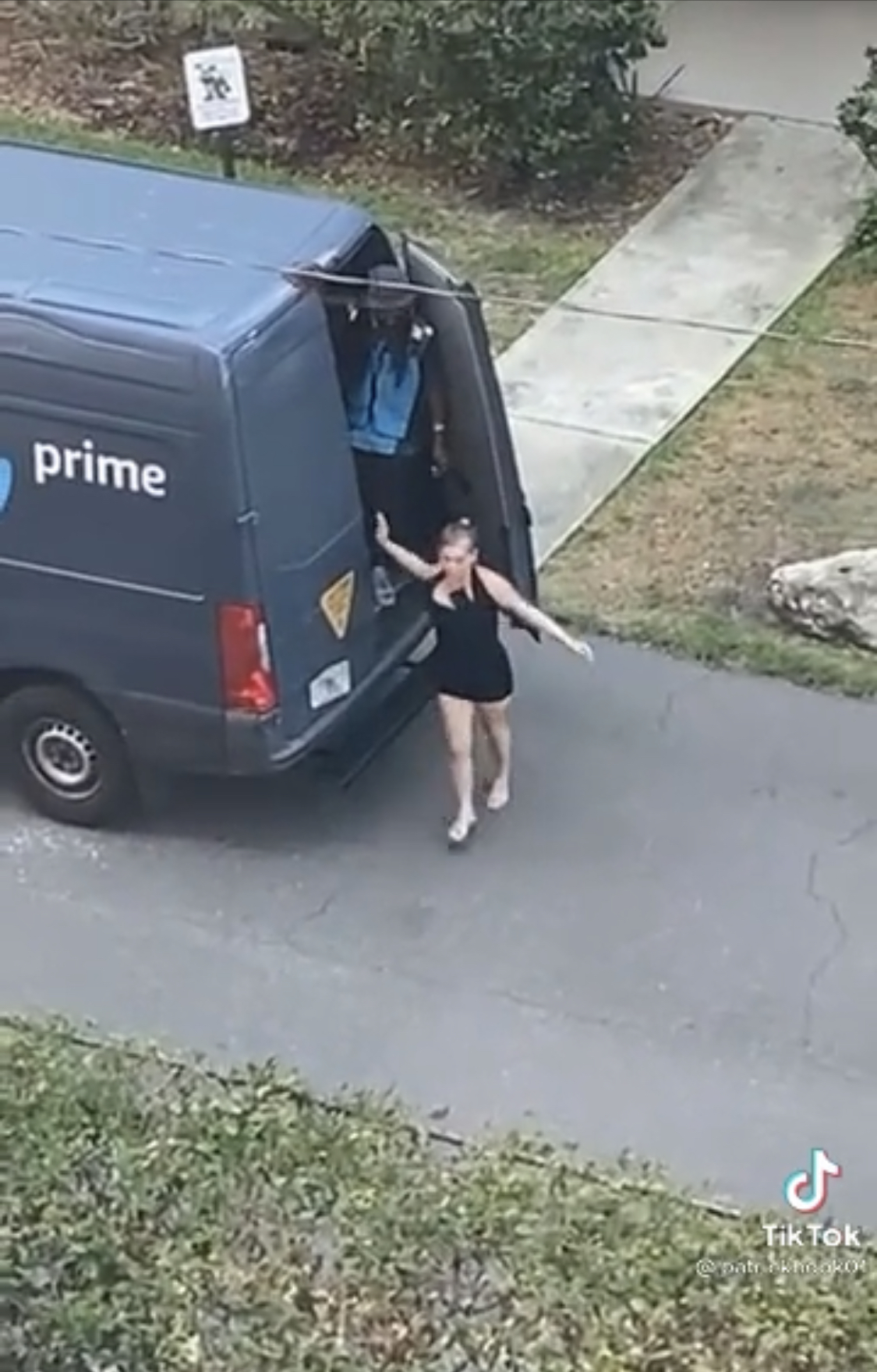 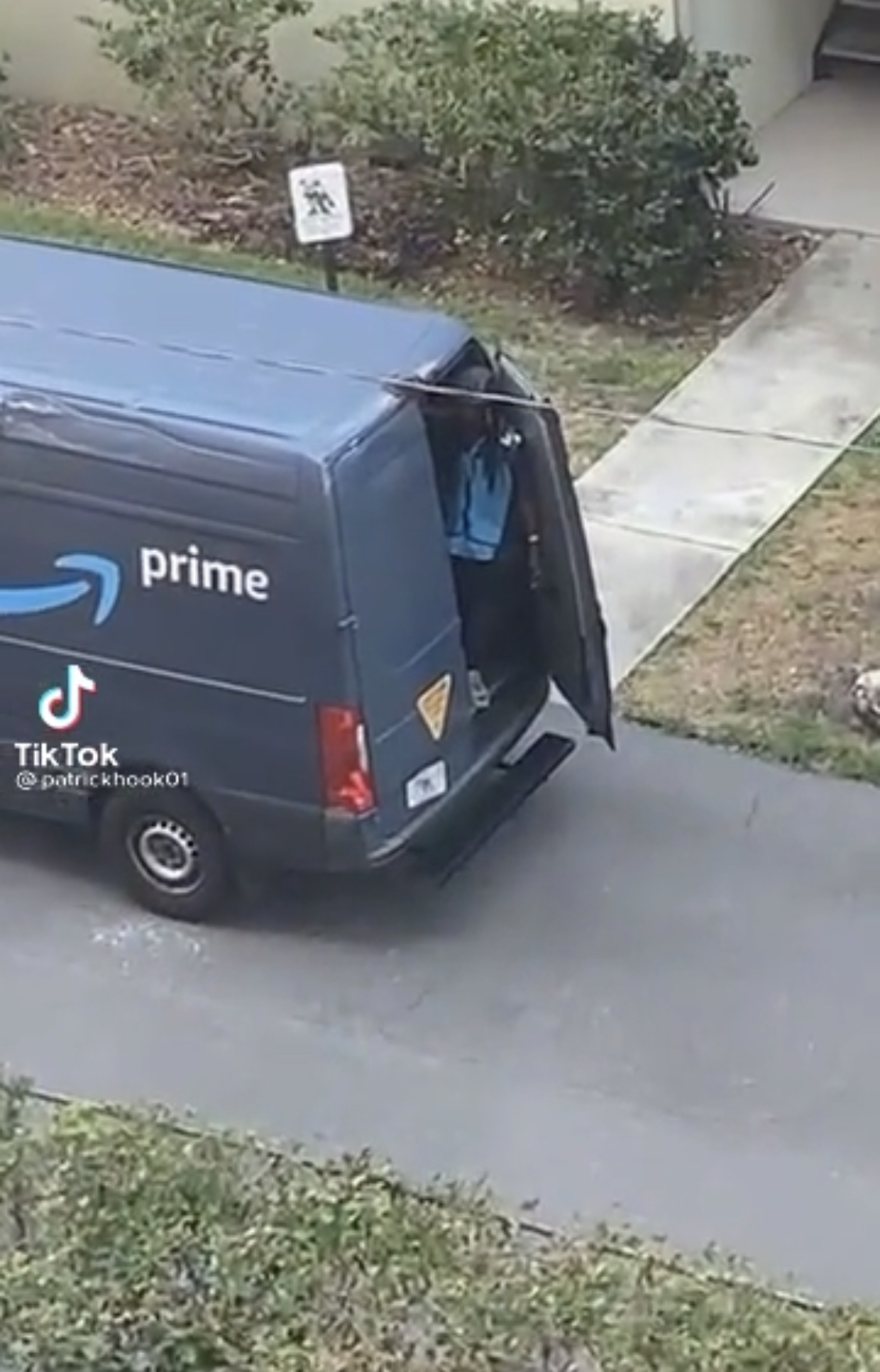 The video, captured in July of 2019 in a residential Florida neighborhood, shows the driver slowly push the door open.

Suddenly, a blonde woman dressed in a black dress and flip flops sneaks out the door and casually goes on her way.

As she leaves, she appears to take a phone from her dress and make a call.

The clip was posted to TikTok a week ago, and has since amassed more than over 11 million views.

And the driver identified as Tywan George has now said that the woman in the video is his partner.

In a video call to a TMZ reporter, he said: "That woman in the video, that's my partner. I know her personally.

"I felt like losing my job was the worse that they could do to me, there was no packages reported missing, nothing was reported stolen.

"It was just the incident went viral, that's what cost my my job.

"I kind of new it too once I'd seen the video going viral, once it got a million views on TikTok, I kind of knew it because I know Amazon are strict.

"It was just a one time incident, but I did what any other man in America would do."

Answering questions specifically about what he was doing in the back of the truck in the viral video, he said he was "just doing his job."

TikTok users had a field day in the comment section trading puns and innuendos.

"Package will be delivered in 9 months. Thank you" one wrote.

"He was just showing her his package" another echoed.

"This is Amazons new back door service!" a third joked.