Sex toy sales land Andover an X-rating: Hampshire market town is named the raunchiest place in Britain after it enjoyed the biggest rise in sales of marital aids during the Covid pandemic

Ask tourist chiefs about the Hampshire market town of Andover and they’ll wax lyrical about its quaint narrow walk ways and Saxon origins.

From today, however, they can also tell you it’s officially the raunchiest place in Britain, with more sex toys sold there than anywhere else.

A poll of 1,500 towns and cities by online retailer Lovehoney found Andover – which sits on the edge of Salisbury Plain – had the biggest rise in sales of marital aids over the course of the pandemic.

Precisely why Andover is so raunchy isn’t clear, but it is on the edge of Salisbury Plain military training area.

Many young soldiers live in the town, making up a large part of the 38,000-plus population.

Just a few miles away, Tidworth – another town with many soldiers – came third. 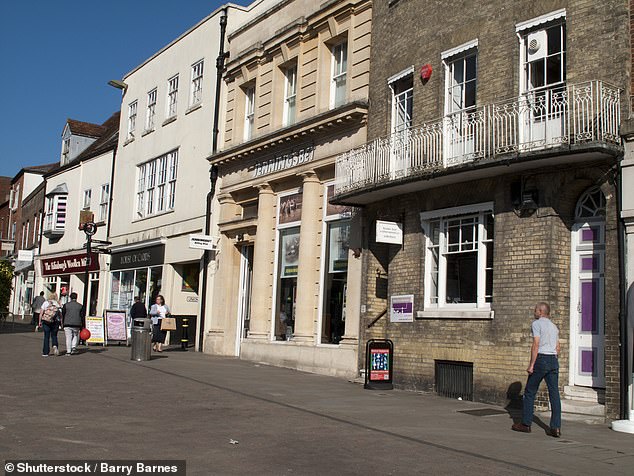 A poll of 1,500 towns and cities by online retailer Lovehoney found Andover (pictured) – which sits on the edge of Salisbury Plain – had the biggest rise in sales of marital aids over the course of the pandemic

The least raunchiest place in the country was Nelson in Lancashire.

Smethwick in the West Midlands and Thornton Heath in Surrey came in second and third lowest respectively.

A Lovehoney spokeswoman said: ‘Andover is the UK’s sexiest place with a big rise in sexual activity since lockdown.

‘We have seen a huge surge in activity as singles and couples look to escape the pressures of lockdown by experimenting more sexually.

‘All our data shows that couples with great sex lives enjoy higher overall levels of happiness.’

Lovehoney, the UK’s biggest sex toy retailer, is booming with sales of more than £100 million annually.