Melbourne’s two-week strict lockdown will end just before midnight but the easing of restrictions has led to growing anger over apparent inconsistencies in some of the rules, including the ongoing ban on non-urgent elective surgeries.

Melburnians must continue to wear masks outdoors after health authorities revealed a new cluster of four people from one family in Reservoir – including two elderly people – picked up the virus. Initial interviews failed to reveal any crossover with existing outbreaks and exposure sites. 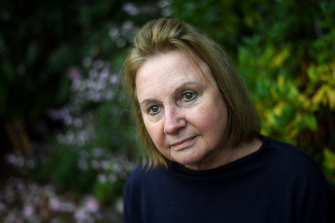 Jo Rice has been in “excruciating” pain for the past year. She was scheduled for spinal surgery on Tuesday, but it has been cancelled. Credit:Justin McManus

But the government’s decision to keep the ban on non-urgent elective surgery has frustrated patients, some of whom are in “excruciating” pain. The Australian Medical Association believes it is appropriate to enable surgeries to go ahead given restrictions on hospitality venues have been eased.

Balwyn North woman Jo Rice has been attempting to manage her severe arthritis and sciatica for the past year.

Six weeks ago she had booked in for a spinal surgery on Tuesday, June 15. The hospital confirmed to Ms Rice on Thursday her surgery had been cancelled, and could not indicate when it could be rescheduled.

“I have a trapped nerve in my lumbar spine that’s causing excruciating pain shooting down my leg,” the 71-year-old said. 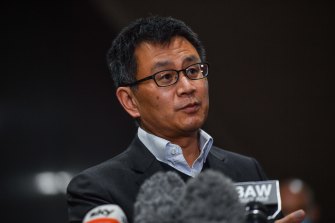 “These new cases are really the strongest reminder that we are by no means out of the woods yet,” Professor Cheng said. “Once we get down to small numbers, what happens next is very dependent on who those last cases are, what they do and how infectious they are.”

New exposure sites linked to the Reservoir family include Marco Fine Food and Groceries in Reservoir, a BP in Thomastown, the Coles at Bundoora Square and Bunnings Warehouse in Thomastown.

Despite the ongoing restrictions, the Commonwealth officially lifted the hotspot declaration over the Greater Melbourne area, meaning Victorian workers will receive no more Federal government aid even though many businesses will not be allowed to operate for at least another week. Treasurer Tim Pallas again pleaded with the federal government to extend the support.

Also on Thursday the Therapeutic Goods Administration announced that a 52-year-old NSW woman died with a severe form of the rare blood clotting syndrome two weeks after receiving her first dose AstraZeneca vaccine. The vaccine remains the recommended one for her age group because of the extreme rarity of the condition.

Authorities are also still working to trace the movements of the Victorian couple who drove to Queensland earlier this month before testing positive on the Sunshine Coast.

Professor Cheng said the Melbourne couple became symptomatic on June 3, meaning they were infectious from about the time they left home.

Three new wastewater detections of COVID-19 fragments in the Pascoe Vale, Scoresby and Vermont areas have been found. The new detections come from areas with no confirmed coronavirus cases.

Meanwhile, international students studying medicine and health-related degrees and those close to finishing their studies will be given priority to return to NSW universities under a long-awaited rescue plan announced by NSW Treasurer Dominic Perrottet.

Stay across the most crucial developments related to the pandemic with the Coronavirus Update. Sign up to receive the weekly newsletter.