It ain’t just Kanye. Anti-Jewish sentiment has DOUBLED since 2019, as hate crimes rise and ever more politicos, celebs and athletes under fire for anti-Semitism

The number of Americans who believe in anti-Jewish tropes has doubled since 2019, warns a new study, as hate crimes rise and ever more celebrities, politicians and athletes comes under fire for anti-Semitism.

The Anti-Defamation League (ADL), an advocacy group, surveyed thousands of Americans last fall and found some 85 percent subscribed to at least one anti-Jewish trope, compared to 61 percent in 2019.

A fifth of respondents believed six or more anti-Jewish notions about the minority group’s alleged cliquishness and nepotism in business dealings — nearly double the 11 percent who did in 2019.

The findings come after a rise in attacks on synagogues and Jewish community centers, and an apparent increase in celebs like Kanye ‘Ye’ West, spreading anti-Semitic views on social media. 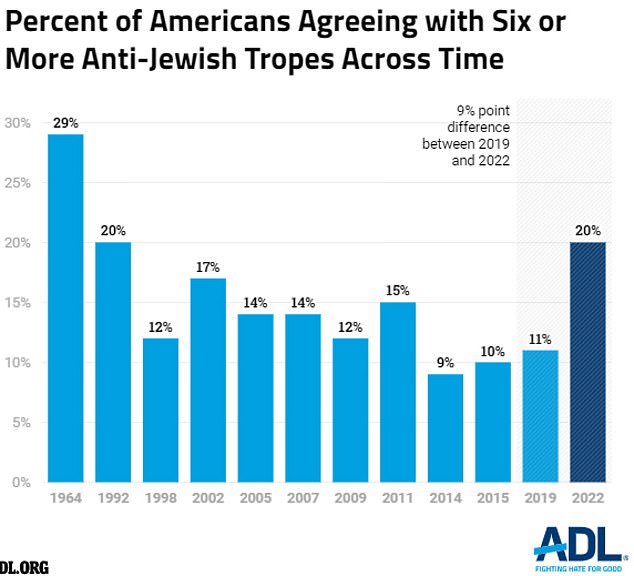 Jonathan Greenblatt, ADL’s CEO, called the results ‘stunning and sobering’ and a ‘wake-up call to the entire country.’

‘There is an alarming increase in anti-Semitic views and hatred across nearly every metric, at levels unseen for decades,’ he warned.

The survey, which collected responses from 4,000 adults in the autumn of 2022, presented 14 statements to respondents and asked them if they believed them to be ‘Mostly/Somewhat True’ or ‘Mostly/Somewhat False’.

They focussed on well-known anti-Jewish tropes, such as ‘Jews stick together more than other Americans,’ that they have ‘too much control on Wall Street,’ or that they are dishonest and only care about ‘their own kind.’

The fifth of respondents who agreed with six of those statements represented nearly a doubling of the share in 2019, the last time the survey was carried out, and the highest level seen since 1992. 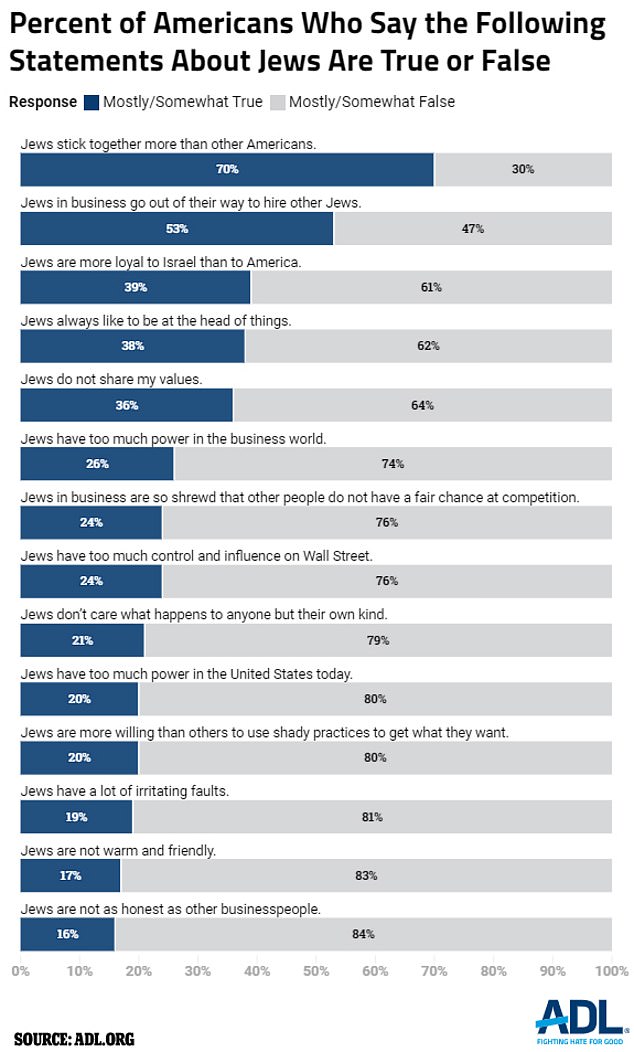 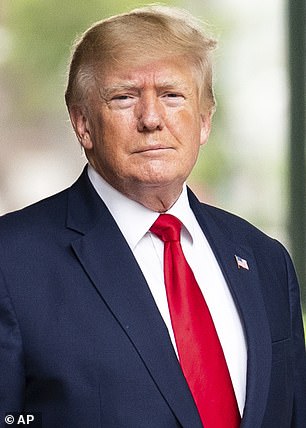 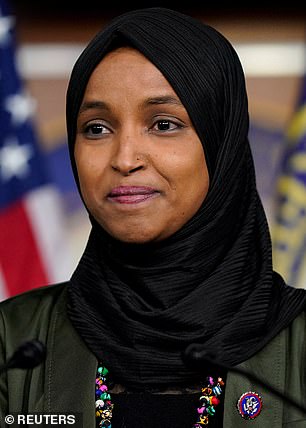 Reports of hate crimes have increased nationwide — including a 63-year-old man who was assaulted in New York’s Central Park last month after being ambushed by a man who yelled anti-Semitic insults at the victim, as well as ‘Kanye 2024,’ police said.

Ye was suspended from Twitter last month after he tweeted an image of the Star of David with a swastika inside — part of a series of antisemitic and far-right conspiracy ramblings from the rapper in recent months.

The issue also drew headlines after Republican Trump hosted white supremacist and Holocaust denier Nick Fuentes and Ye at his private club in Florida in November.

Trump said the encounter with Fuentes happened inadvertently while he was having dinner with Ye.

Goldberg has made a series of comments about the Holocaust, saying the Nazi genocide was ‘white on white’ violence and not about race — for which she was last year suspended from her role hosting talk show The View. 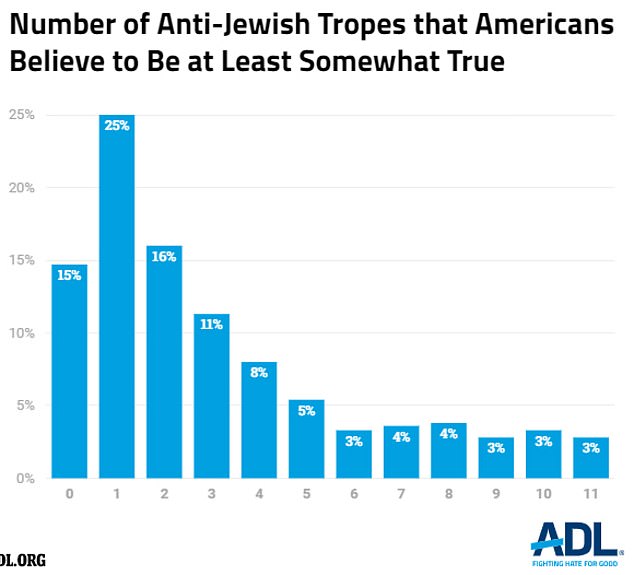 The LA Lakers basketball team reportedly plan to work out Leonard, two years after he was suspended and required to meet with Jewish leaders for using an anti-Jewish slur during a video game live stream.

For her part, Omar, a member of the leftist Squad on Capitol Hill, apologized under a barrage of criticism for insinuating in 2019 that support for Israel was fueled by money from a pro-Israel lobbying group.

The ADL survey linked criticism of Israel with anti-Semitism, finding that 23 percent of respondents believe that Israel gets away with anything and controls the media; while 18 percent don’t like spending time with a pro-Israel people.

‘These anti-Israel beliefs are not commentary on Israeli government policies,’ Greenblatt said. ‘They are antisemitism in another form.’