Anti-money laundering agency Austrac has obtained internal reports from The Star that reveal how the listed gaming giant failed to confront money laundering and terrorist financing risks in its Sydney and Queensland casinos.

The move to compel The Star to hand over the confidential documents, including some prepared for the company’s senior executives and board members, came to light as NSW police alleged in court documents that a suspected drug trafficker, Mende Trajkoski, was wagering tens of millions of dollars at Star’s Sydney casino until January while earning a minimal income “employed as a part-time courier delivery driver”. 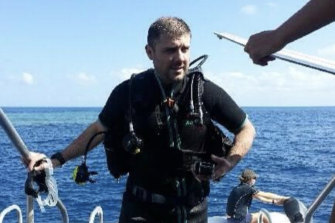 Queensland Attorney-General Shannon Fentiman has confirmed the state’s gaming regulator, the police and Austrac are investigating allegations relating to Star, which has casinos in Sydney, Brisbane and the Gold Coast, saying allegations about the casino ignoring risk warnings were “very serious”.

In Victoria, the Andrews government has been handed a scathing confidential report into the regulation of Melbourne casino Crown, saying the state had for years failed to adequately oversee Crown’s operations, creating serious risks of criminal infiltration.

Two government sources who are not authorised to speak publicly have said an independent investigator in Victoria, Dr Ian Freckelton, QC, has made findings about the longstanding failure of the state’s Commission for Gambling and Liquor Regulation to investigate wrongdoing at Crown, including cases of money laundering and the risks posed by overseas high rollers.

The revelations about Star Entertainment by The Age, The Sydney Morning Herald and 60 Minutes have wiped more than 23 per cent, or $1 billion, off its market value in two days, despite an ASX announcement on Monday morning claiming the reports were “misleading”.

The reports said The Star had ignored multiple red flags raised by the gambling of Mr Trajkoski, an accused drug importer. The police documents reveal that law enforcement authorities held deep concerns about Mr Trajkoski’s activity at The Star over a decade.

“Physical surveillance has confirmed Trajkoski works minimal hours and spends the majority of his spare time gambling. Trajkoski is currently a ‘Diamond member’ of the Sovereign Room (high rollers) at The Star Casino, Sydney [where] … Trajkoski has ‘wagered’ a total of $166 million” since 2007, the court documents allege.

“Whilst it is difficult to gauge the amount of money that Trajkoski has spent at the casino on these figures alone, casino records show that he has cashed out a total of $18,041,700 ($18 million) since 24 June 2018. This lifestyle is not consistent with Trajkoski’s employment status.”

The case of Mr Trajkoski is among a number that Austrac is scrutinising.

Star casino insiders have confirmed that, as part of an investigation that began in late 2019, Austrac has obtained extensive information from Star including internal records documenting money laundering failures.

The documents obtained include two KPMG reports presented to Star chief executive Matt Bekier and other senior executives and directors in May 2018 which found Star “may not be adequately detecting customers” engaged in money laundering and had “inadequate resourcing in place to” combat criminal infiltration.

The revelations suggest Austrac is building a brief against The Star that may lead to fines of tens or hundreds of millions. In 2017, gaming company Tabcorp was fined $45 million for failing to adhere to Australia’s anti-money laundering regime between 2010 and 2014, including by not disclosing suspect transactions to Austrac.

The Star’s casino empire partly emerged from a demerger with Tabcorp in 2011, and a former Star employee, who spoke to this masthead on the condition of anonymity, said Tabcorp’s historical sub-standard anti-money laundering culture had infected The Star.

In a statement to the stock exchange on Tuesday, Star said it had acted on the recommendations of the KPMG reports by adopting an updated anti-money laundering and counter terror financing program “as a priority in October 2018, and undertaking a program of work to enhance its … compliance framework, under the Board’s oversight”.

Austrac is also investigating money laundering failures at Crown Resorts and the SkyCity group, which owns a casino in Adelaide.

Dr Freckelton was commissioned by the Victorian government to examine allegations the state’s casino watchdog was failing in its basic duties after several former workers told the ABC in July that the commission had historically allowed Crown to operate with minimal oversight, despite indicators of criminal infiltration.

The Andrews government and the NSW government have both recently committed to setting up new state casino watchdogs as part of the transformation of Australia’s casino sector after revelations by The Age, the Herald and 60 Minutes, and several commissions of inquiry into Crown.

A Victorian government spokesperson said the government would consider the recommendations of Dr Freckelton, alongside the findings of the royal commission, as they finalise the design and establishment of the new regulator.

The Victorian government received a separate review into the regulator, led by regulatory reform expert Deborah Cope, about the same time as the Freckelton review was commissioned.

The Victorian government has not yet received the final report from the state’s royal commission into Crown.