An Arkansas state trooper was wounded Thursday after crossing into Tennessee and becoming involved in a shootout in Memphis that left two suspects dead, according to a report.

The trooper was identified as Trooper Spencer Morris, 33, a three-year veteran of the highway patrol division of the Arkansas State Police. He received treatment for his wounds and was sent home, F)X 13 reported.

Morris was wearing a bulletproof vest during the shootout, the report said.

The gunfire happened shortly before 3 p.m. along Interstate 55, FOX 13 of Memphis reported.

The incident began in Arkansas, when state troopers began chasing a vehicle with two men inside, the station reported. One of the vehicle’s occupants was being sought on a warrant from South Carolina, the report said. 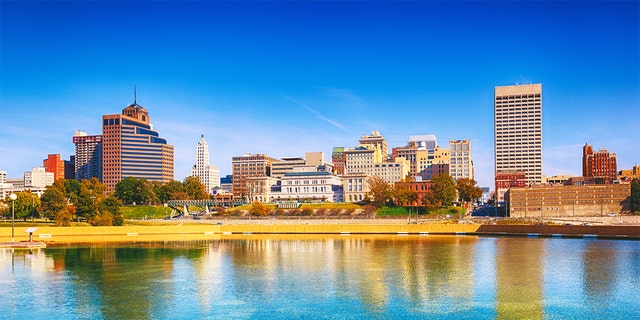 During the chase, at least one suspect fired at the troopers from the vehicle, with at least one trooper returning fire, FOX 13 reported.

Ultimately, both suspects were struck and killed by law enforcement gunfire, the Tennessee Bureau of Investigation (TBI) told the station.

Vehicular traffic was halted temporarily in the area of the gunfire as authorities investigated, the report said.

Memphis police and the U.S. Marshals Service joined the Arkansas State Police and the TBI in the probe, according to the report.