THIS is the dramatic moment armed cops swooped on a knifeman after he stormed a court today.

The officers were locked in a stand-off with the defendant for over an hour after he showed up at Hove Crown Court with a knife. 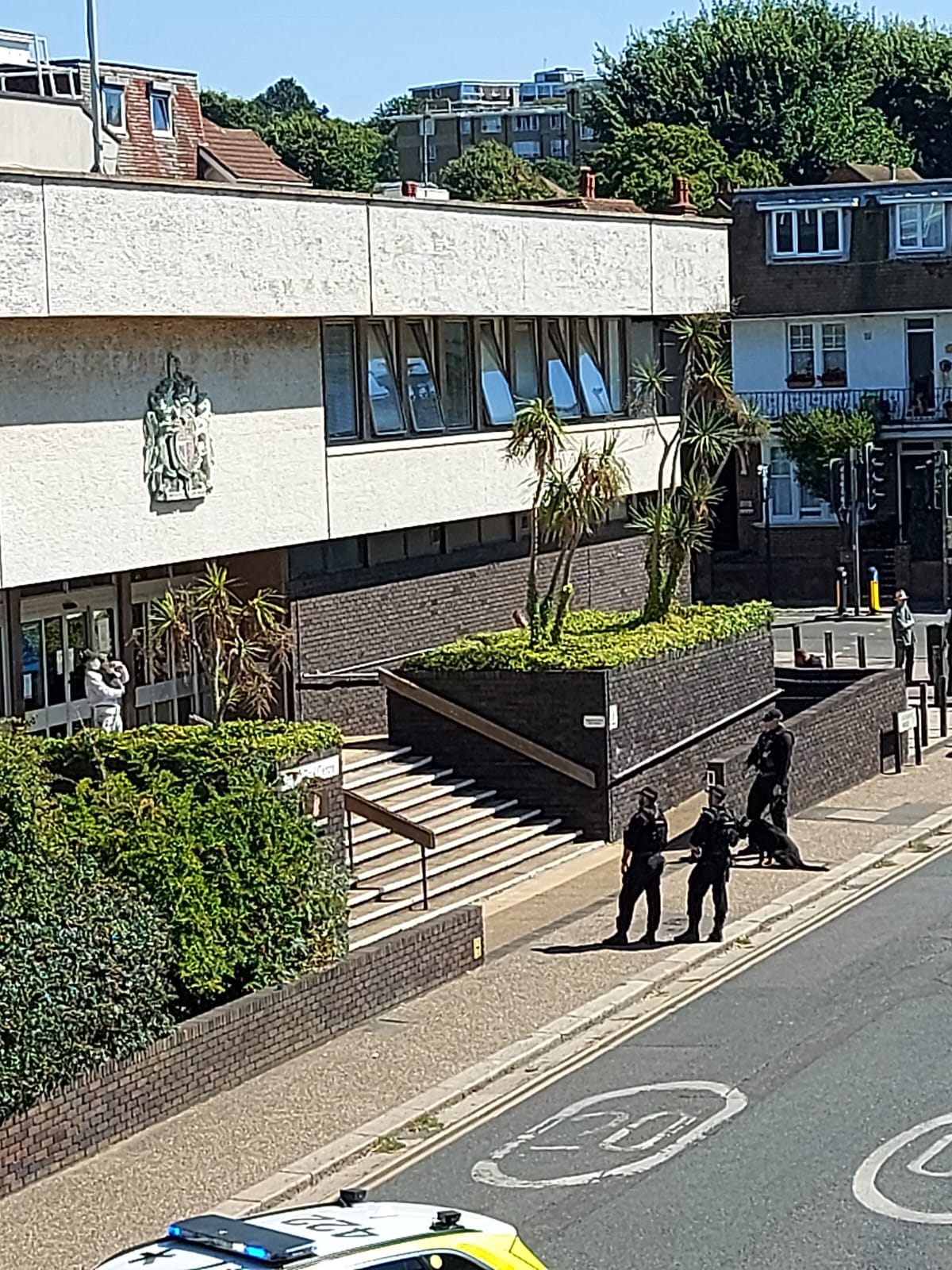 Pictures and video obtained by The Sun Online show the man, who is wearing a Covid mask, talking to gun cops on the court steps.

It is understood the defendant had turned up to court for sentencing after he assaulted a police officer last year.

But the drama ensued after he arrived allegedly carrying a five inch knife.

He was also clutching his dog and tried explaining to police why he needed the blade, a witness said. 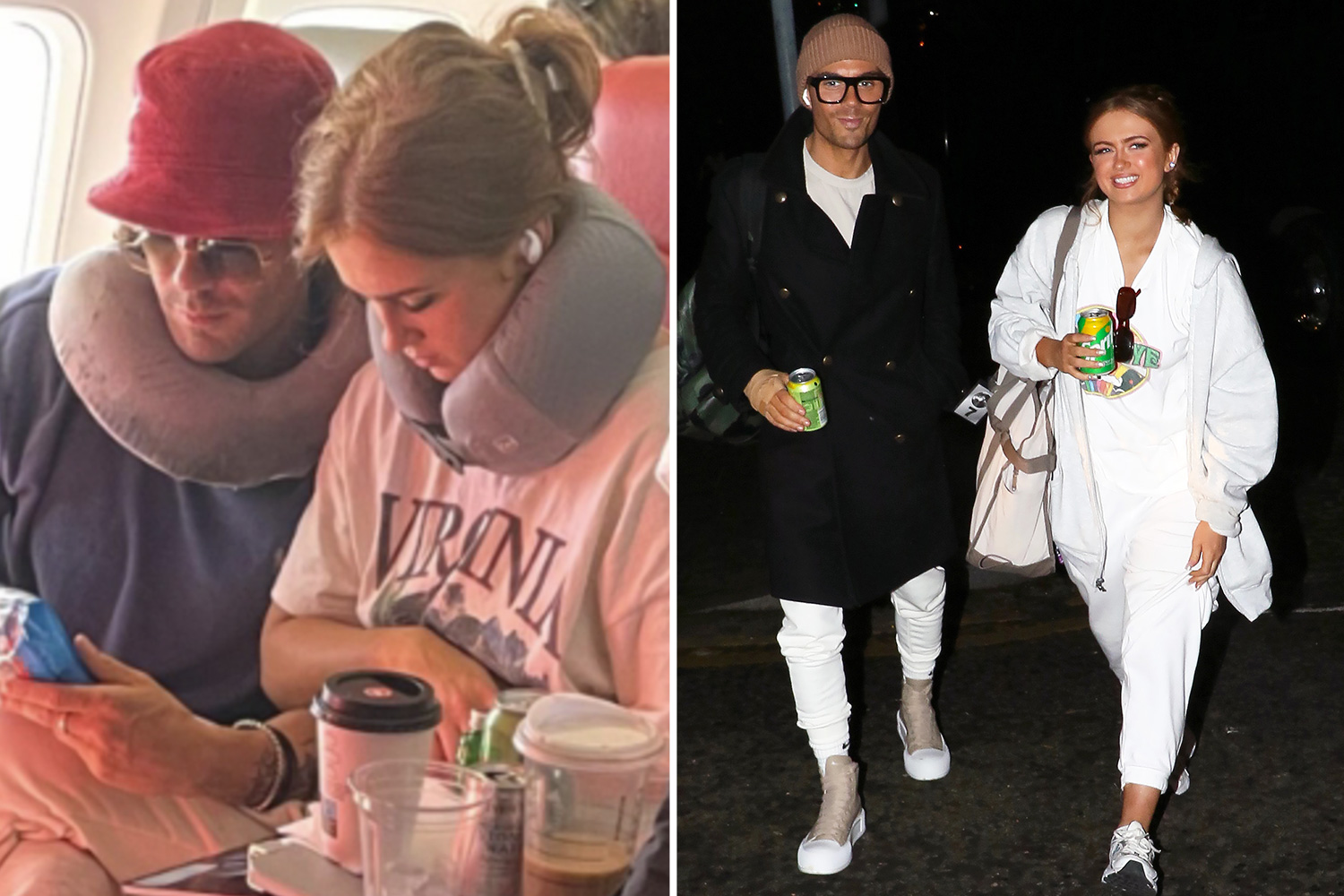 All the signs Maisie Smith and Max George were secretly dating

They added: "I heard shouting outside the Courthouse and then saw police with Tasers surrounding a masked guy with a cap at the top of the Courthouse stairs.

"They were asking him to drop the knife but he was trying to reason with them. Pretty soon there were plain clothed police, a dog unit and armed police on scene and they blocked the street.

"As soon as the armed police arrived, the guy picked up his dog – it looked like he was trying to shield his body with it before the negotiators talked him down.

"Thankfully the police knew what they were doing or it could have really got out of control fast."

The Sun Online has contacted Sussex Police for comment. 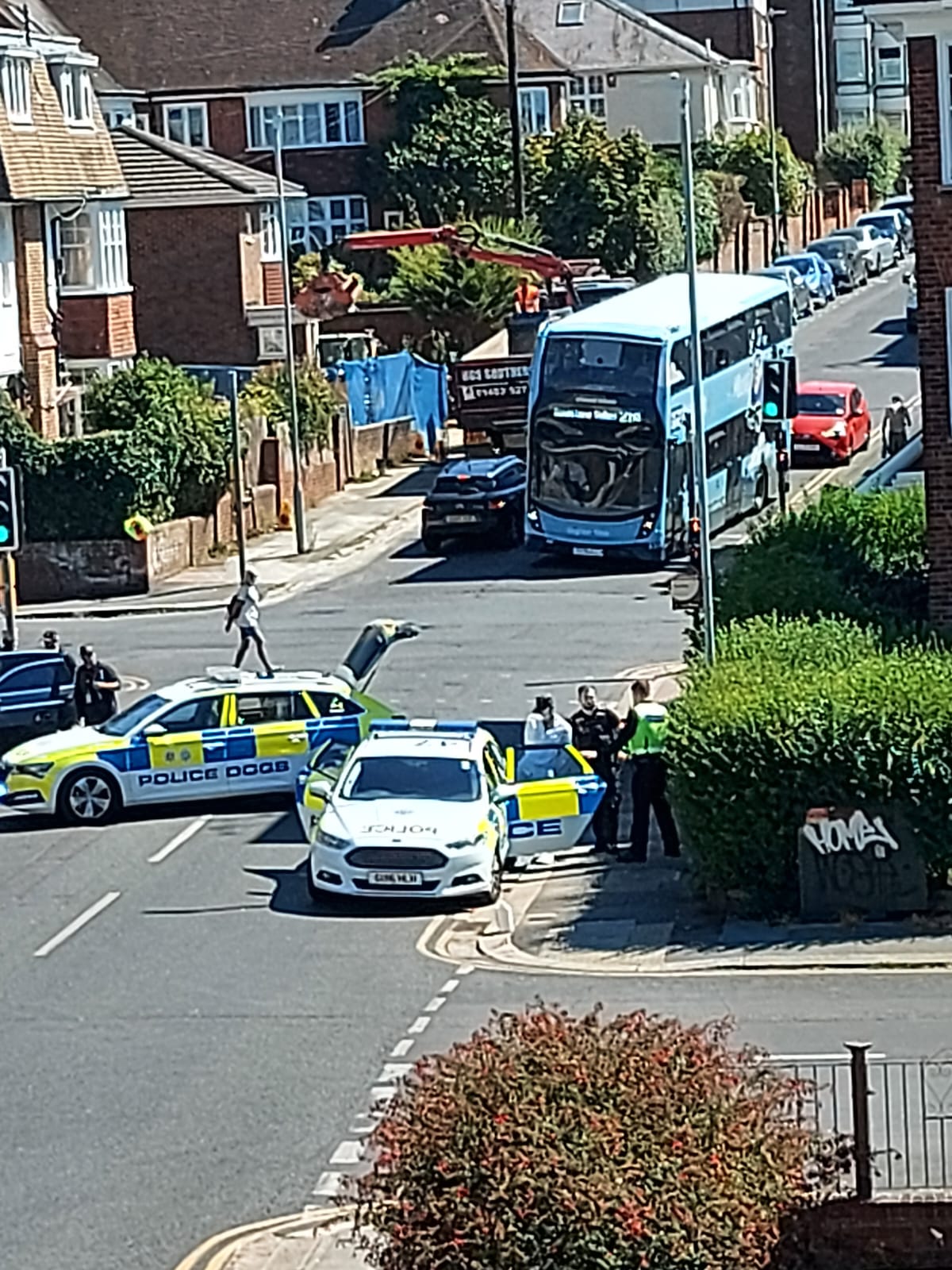 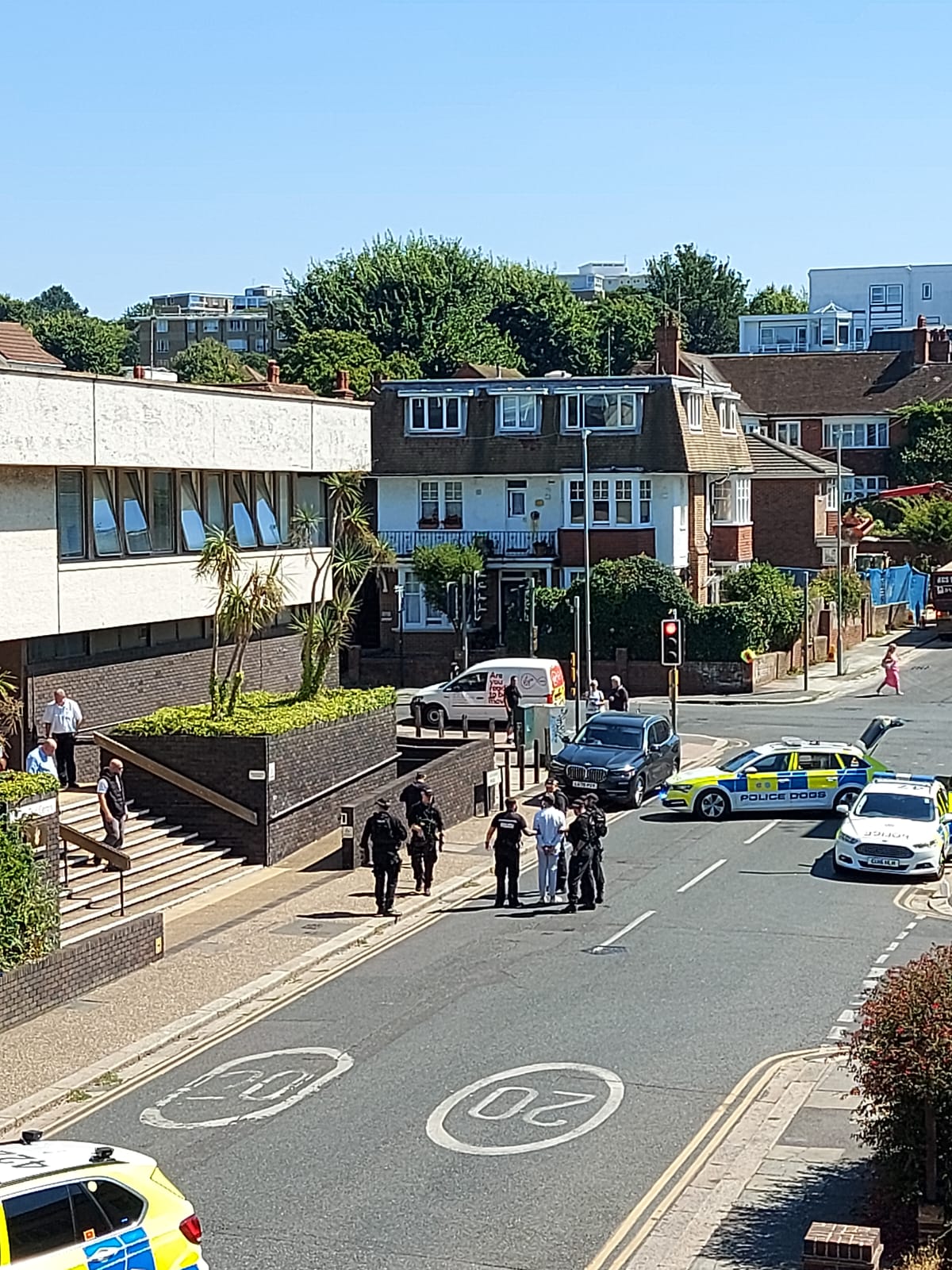