THEY were once figures of innocent fun, brightly coloured jesters performing to laughing children – but now the clown is set, yet again, to terrify audiences around the world.

IT Chapter Two – the second instalment of Stephen King’s 1986 best-selling book IT – hits cinemas tomorrow and tells the story of evil clown Pennywise who murders children in the sleepy town of Derry, Maine. 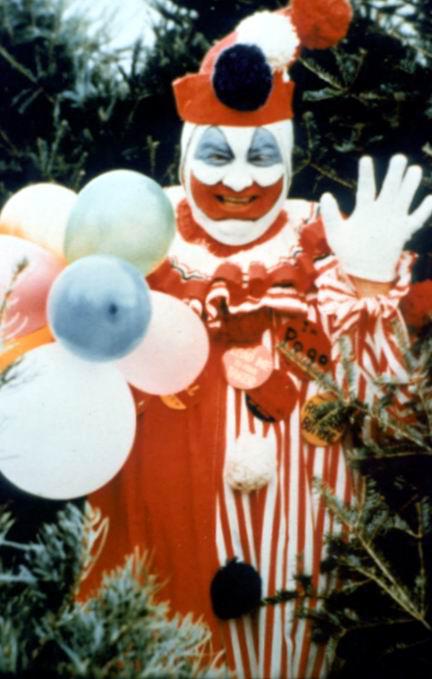 Terrifying Pennywise was not the first joker to go on a murderous spree, though. Serial killer John Wayne Gacy entertained children’s parties dresses as his face-painted alter ego 'Pogo'.

Dubbed ‘the Killer Clown’ Gacy slayed 33 young men between January 1972 and late 1978 in his home in Norwood Park, Illinois , and often carried out the murders dressed as Pogo. Many believe that King’s Pennywise is based on this psychopath.

Only a child at the time, Karen Conti recalls the horror of seeing more and more bodies wheeled out from the house of Gacy.

Two decades later, she found herself looking the depraved killer in the eye, serving as his last attorney before his death by lethal injection in 1994.

Once he had lured young men to his home, the killer would trick them in to putting on handcuffs, leaving them defenceless against his torture and sexual attacks. 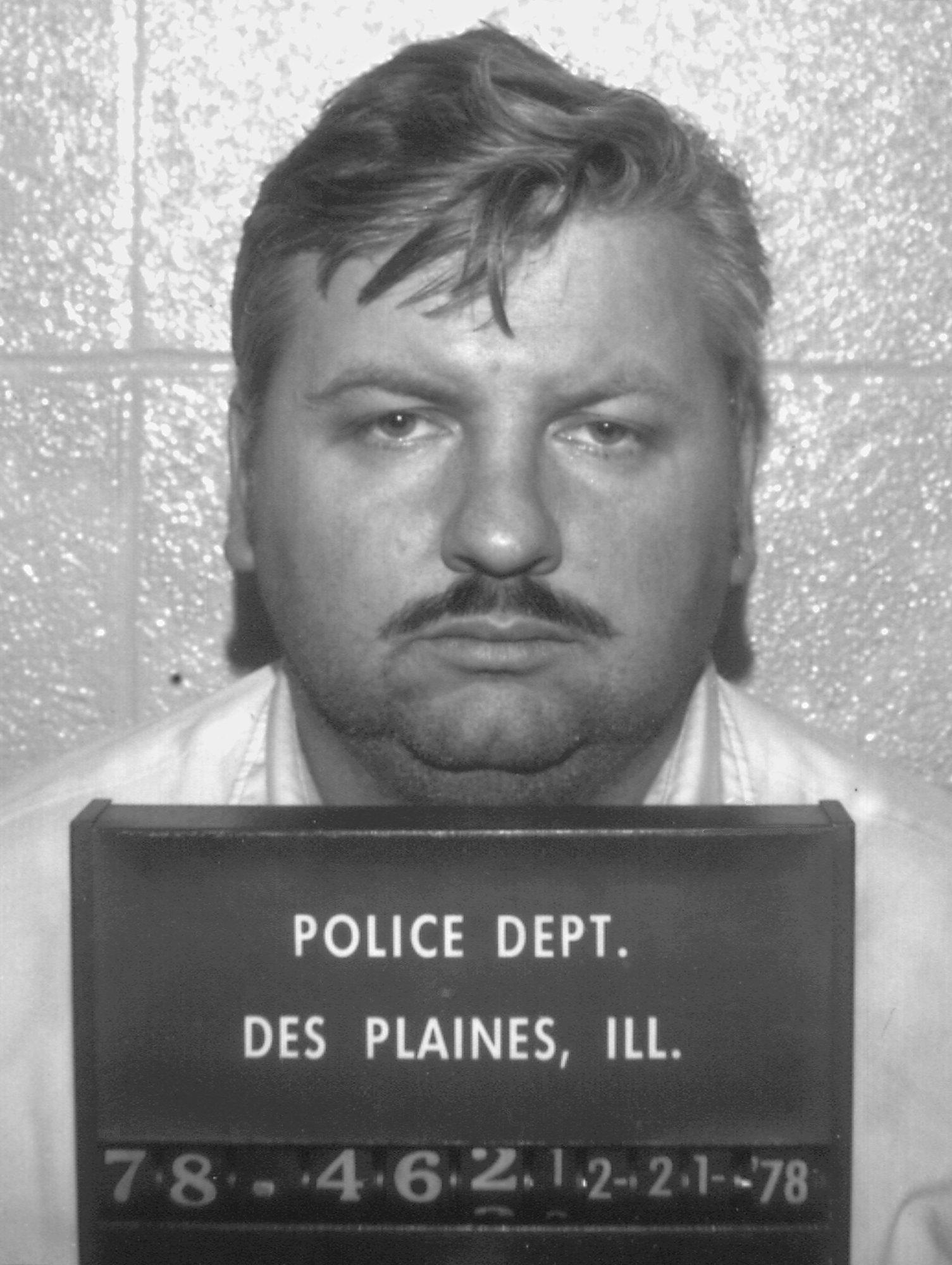 Speaking to the Sun, his former lawyer describes him as “the kind of guy that could rape and kill a person then eat a ham sandwich with the body”.

If it sounds like the twisted mind of a movie psychopath, the irony wasn’t lost on Gacy.

Conti explains: “He told me one evening that he watched Silence of the Lambs. I said ‘John, how did you feel about that? Wasn’t it terrifying?’

“He said, ‘Oh no you don’t understand, when you’re John Gacy you’re rooting for the killer. And then I had to rethink that whole movie, thinking here he is rooting for Hannibal Lecter.”

Gacy’s six-year reign of terror was marked by unimaginable cruelty and relentless abuse.

All his victims were strangled or choked – bar his first, who he stabbed – before their bodies were bundled into his home’s crawl space, buried on his property or dumped in the local Des Plaines River.

But the whole time, Gacy was living a double life, presenting himself as an upstanding member of the local community and doing charity work in character as 'Pogo'.

In prison, he revelled in this persona that had grown to define him and even made money off it from his cell.

“He would paint these horrible paintings,” says Conti, who spent over 50 hours with the killer. “He was a terrible artist but he made money selling them and his favourite was the killer clown.

“It was him dressed up as Pogo, dressed up at children’s parties, and he’d sell them for a couple of hundred each.” 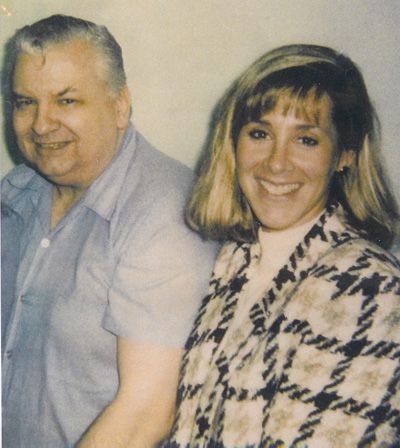 KILLER BEHIND THE MASK

Born on March 17, 1942 in Chicago, Illinois, Gacy suffered severe childhood abuse at the hands of his alcoholic father.

He went on to find success as a businessman, managing three KFC restaurants before starting his own construction firm.

Gacy’s first marriage, to Marlynn Myers, saw him father a son and a daughter, but she divorced him after he was convicted of sexually abusing a 16-year-old in 1968.

It was after his release on parole, in 1970, when he started his own business and threw himself into his community, marrying divorcee Carole Hoff in 1972.

In his free time, Gacy would don his clown costume, said to have helped the murderer “regress into childhood”.

A keen Democrat, he served on a local organising committee, even meeting First Lady Rosalynn Carter through his community work on May 6, 1978.

But nobody had any idea that the sick man beneath the clown mask was a sadistic killer responsible for a spate of disappearances in the area. 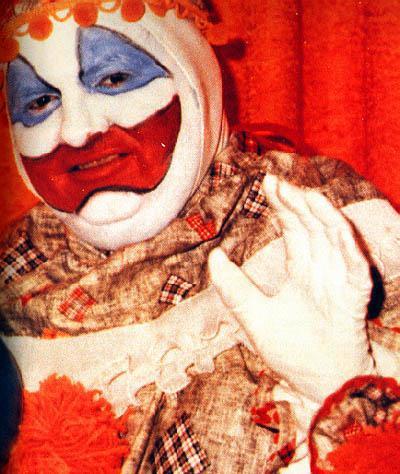 Conti, 57, says that “when you look true evil in the face, it doesn’t look evil”.

But while she never saw his violent side, she did experience his “callousness”.

“There was one occasion where he pulled out this big notebook and it had all these different tabs,” she says. “I opened it up and it was body number one, tab one. And it was pictures of one of his victims.

“He’d paid someone to go find their school yearbook picture, pictures of their house, their parents, newspaper articles about the child.

“He said, ‘I call this my body book. I figured I’d pay an investigator to find out about the victims in my house so I could find out who actually killed them’. It was ludicrous, of course. But he talked about these innocent young men as bodies.

“It was almost as if he had to dehumanise them and blame them for their own deaths.” 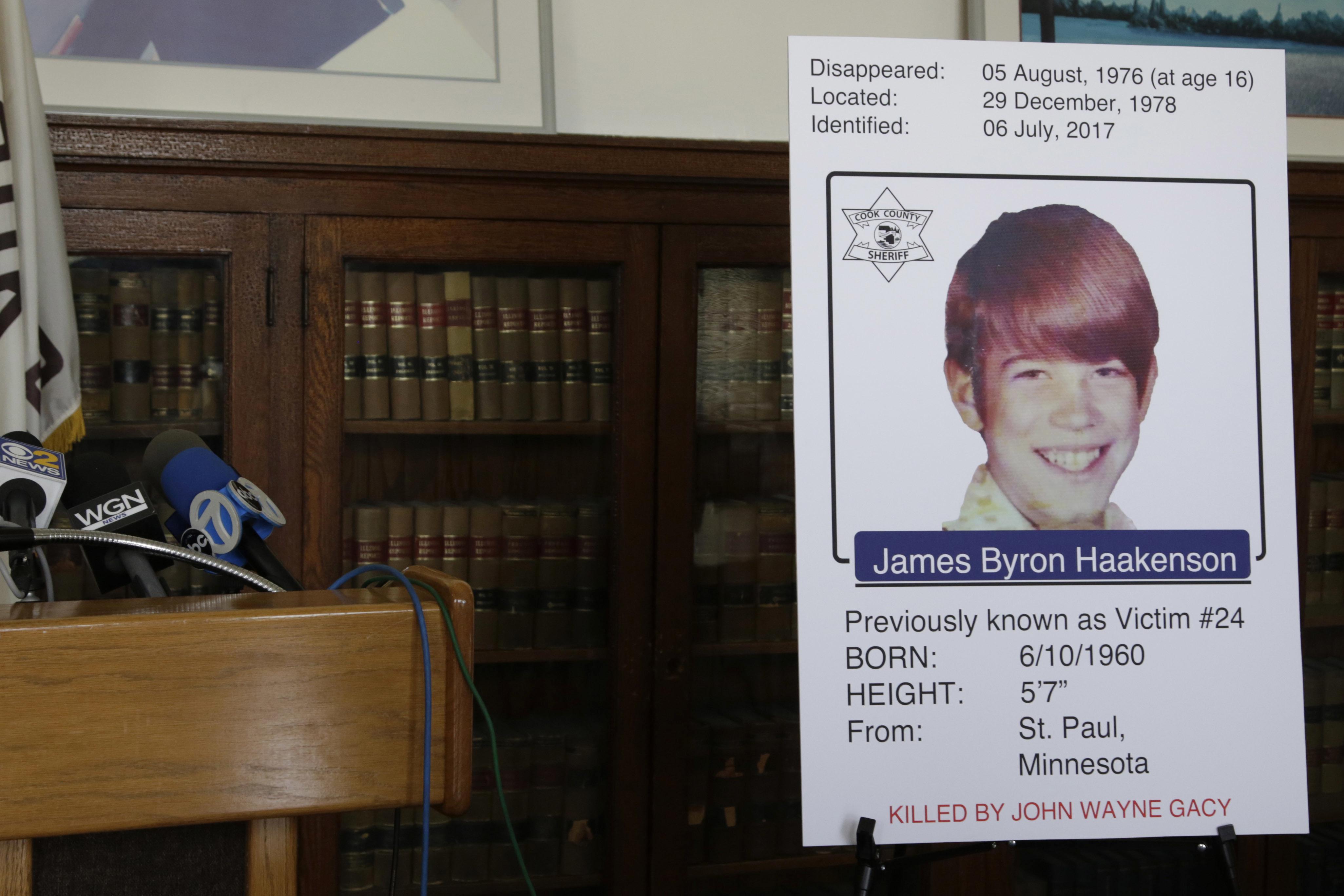 Gacy deceived many of his victims by telling them he needed their help with “scientific research”, for which he would pay them up to $50 each.

After luring the boys to his house, through lies or at gunpoint, Gacy would then ply them with alcohol and trick them into putting on handcuffs, occasionally as part of his clown routine.

Then, once they were defenceless, Gacy would torment his teenager victims, before raping them and finishing with what he called “the rope trick”: strangling the boys with a length of rope.

His second marriage collapsed after wife Carole started finding gay pornography in the house and saw her bisexual husband bringing teenage boys into his garage.

The pair divorced in March 1976, starting what Gacy called his “cruising years”.

With the house to himself and no more questions to answer from his wife, he started killing more frequently, committing most murders in the years between 1976 and 1978.

He was only caught out in December 1978, after a pharmacy owner heard him offering a 15-year-old employee Robert Jerome Piest a lucrative job working with him. 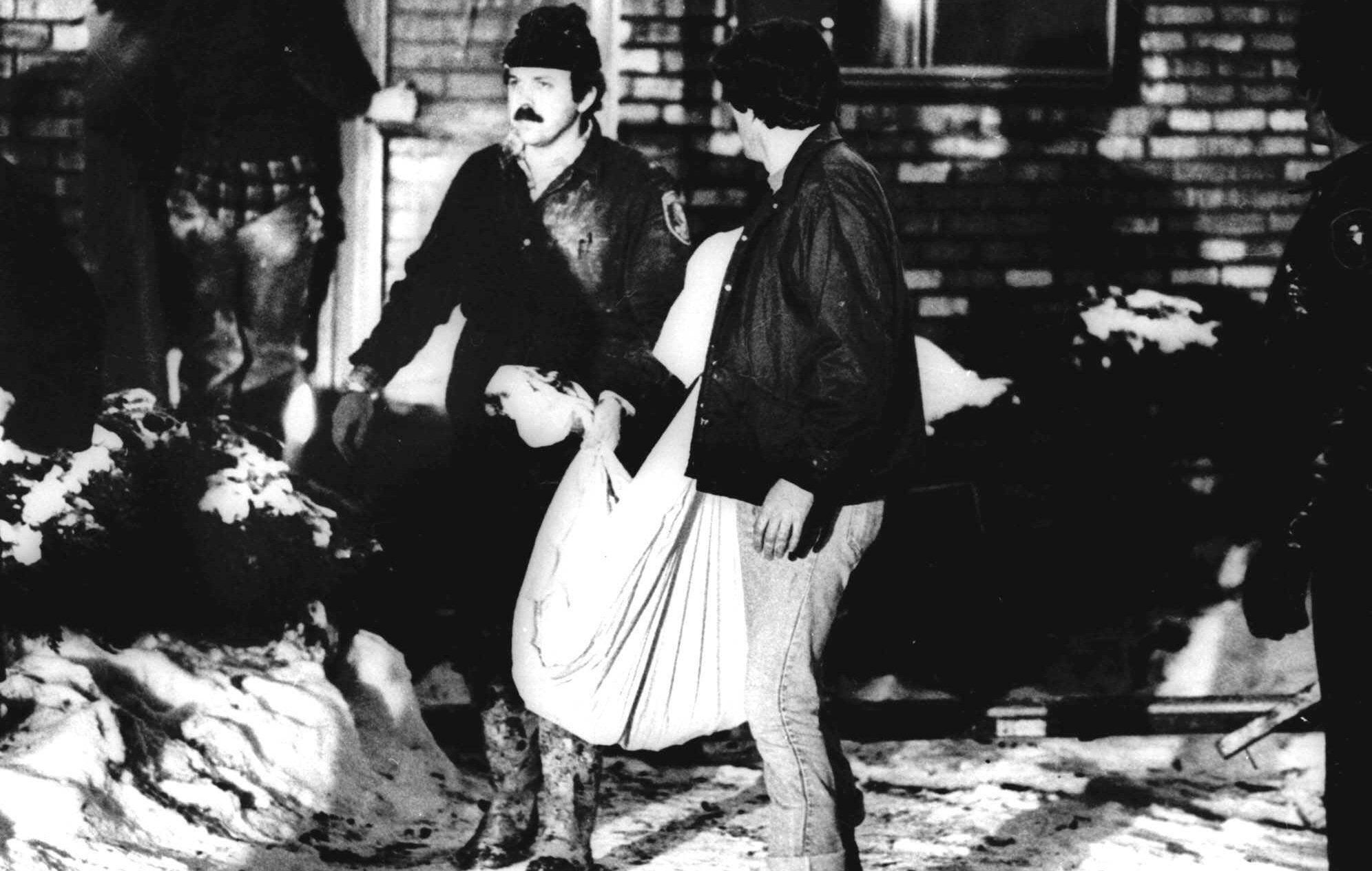 Piest had told his mother about the offer before he went missing, ending up in the Des Plaines river after being suffocated at Gacy’s hands.

The pharmacy owner led police to Gacy, starting an investigation which eventually saw the killer clown break down and confess to his vile crimes, leading to his arrest on December 22, 1978.

How he faked such a ‘normal’ visage for years still haunts Conti to this day.

She says: “When you deal with someone who is a sociopath, you come to realise they’re a façade. He’s not a real person, he’s a shell of a person.

“Although he says things and is polite he’s a person who doesn’t have any real feelings. 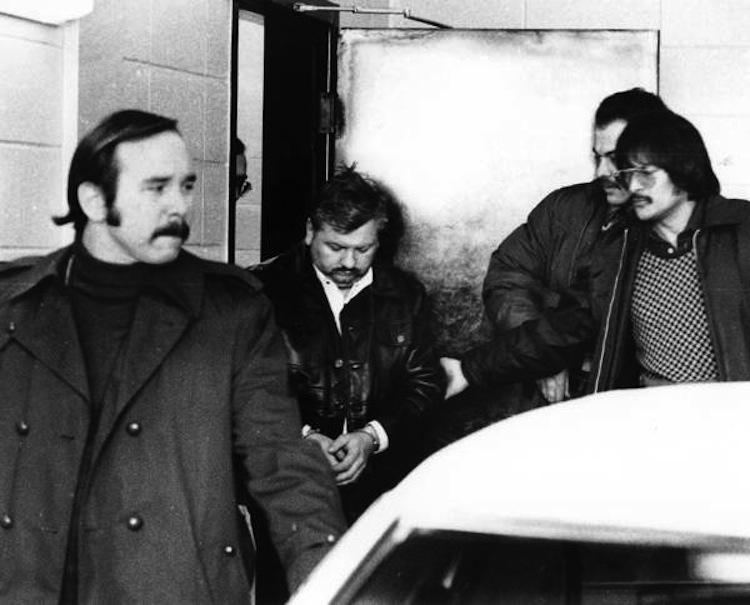 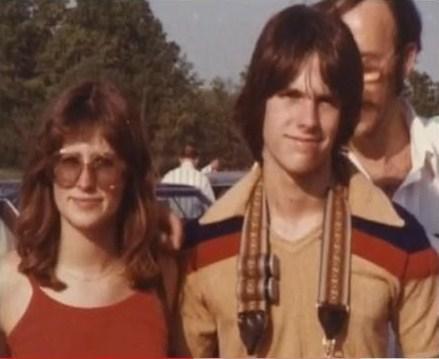 “John Gacy buried at least 33 boys and men – and buried most of them in his house. How he got away with this is that he had a demeanour that was very normal. He seemed like your average neighbour, your favourite uncle.

“He was jovial, charming, friendly, intelligent and he didn’t look evil. If he looked evil and acted evil, he’d never have gotten away with what he got away with.”