AT least one person is feared dead and five were rescued after a suspected gas explosion today.

Firefighters were called at 6.40am after the blast destroyed a shop and ripped through a flat in Ealing, West London. 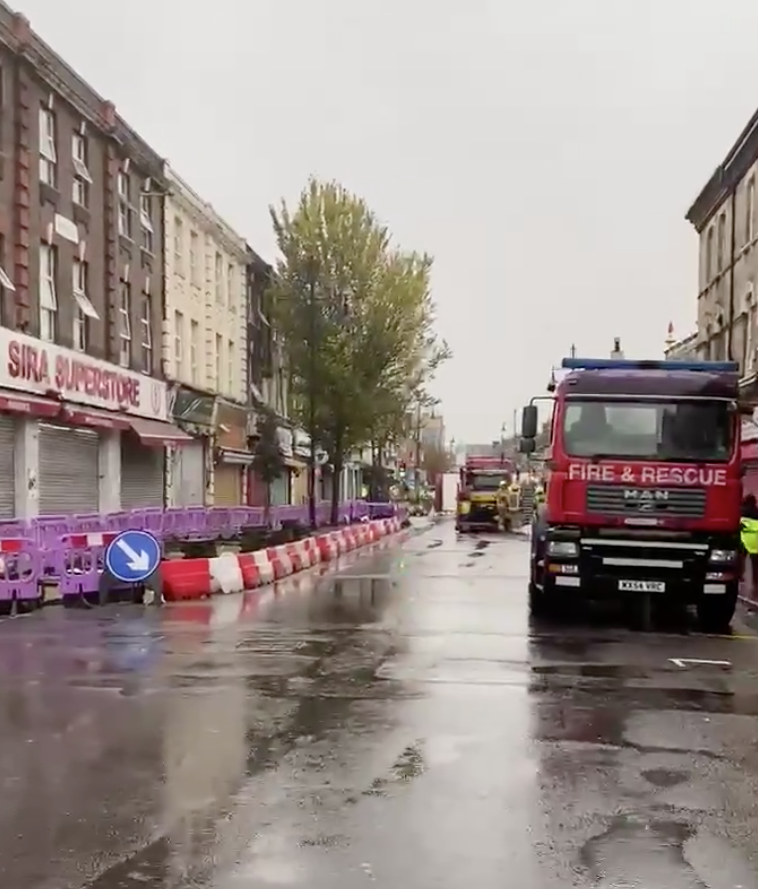 Dramatic footage shows crews climbing into a building to rescue a trapped person from the upper floor.

A further 16 people, including two children, fled the surrounding buildings on King Street in Southall.

Station Commander Paul Morgan said: "Our crews continue to search the property using specialist equipment including the use of a USAR dogs.

"Sadly we believe that there are fatalities within the property although we’re unable to confirm numbers at this stage.

"The explosion caused substantial damage to the shop and structural damage throughout.

“It is a painstaking and protracted incident with firefighters working systematically to stabilise the building and search for people involved. We’d ask for people to avoid the area at this time.

"In the initial stages firefighters rescued four adults and one child were rescued at the rear of the property using a ladder.

"A further fourteen adults and two children self evacuated from surrounding properties.”

The owner of Dr Phone – the mobile phone shop phone destroyed – said he was shocked when he arrived this morning.

He told the Standard: “It’s an absolute mess.

"I’m ok, I was outside the shop. The police are not letting me in but everything is destroyed. The police have a special dog team and are keeping everyone away.”

A Metropolitan Police spokesman said the force is not treating the explosion as suspicious.

He added: "A large explosion was found to have taken place inside a shop. One man was found injured.

"Road closures have been put in place and nearby residents have been evacuated. "

At this early stage, it is believed to be a gas explosion and is not being treated as suspicious."