Gladys Berejiklian is the preferred NSW premier among Labor voters and Labor’s primary vote has slumped to 28 per cent as the Coalition’s handling of the pandemic wins voters, state political editor Alexandra Smith writes today.

The latest Resolve Political Monitor shows Ms Berejiklian is the preferred premier among 57 per cent of voters, while 17 per cent prefer Labor leader Jodi McKay. 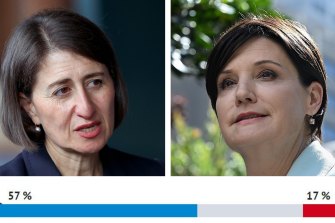 The survey, an initiative from The Sydney Morning Herald with research company Resolve Strategic, shows the Coalition’s primary vote has climbed two points since 2019 to 44 per cent.

Resolve founder Jim Reed said the track polling done of 1228 voters between mid-April and May suggests recent scandals have not resulted in a “significant vote loss” for the Coalition.

The scandals include a corruption inquiry involving Ms Berejiklian’s long-term boyfriend Daryl Maguire and a separate inquiry into Drummoyne MP John Sidoti. Ms Berejiklian is not accused of wrongdoing.

There have also been two sexual assault allegations involving former Upper Hunter MP Michael Johnsen, who has since quit politics, and Kiama MP Gareth Ward, who was last week forced to stand down from cabinet. Both men deny any wrongdoing.

Infectious diseases experts have warned that at least 70 per cent of the population will need to be vaccinated before coronavirus can be allowed to circulate in the community, or Australia will risk a third wave that will see hospitals overrun with younger patients.

“There’s still this Greek chorus of people saying ‘we have to open up’ and we do,” said Professor Nancy Baxter, the head of the Melbourne School of Population and Global Health.

But Professor Baxter said that while the death rate would be lower once the most at-risk people had been vaccinated, it would not prevent deaths nor even another wave of the virus in Australia.

“The hospitals will still need to shut down. Their ICUs will be full of people in their 40s,” she said.

Professor Robert Booy, a senior fellow at the National Centre for Immunisation Research and Surveillance, said Australia needed at least a 70 to 80 per cent uptake of the vaccine before he would be confident that virus transmission would be minimal and not likely to cause a third wave.

Welcome to our live coverage of the day’s events

Good morning and welcome to our rolling coverage of the day’s news and analysis. I’m Michaela Whitbourn and I’ll be keeping you informed of the morning’s developments. Here’s what you need to know now. 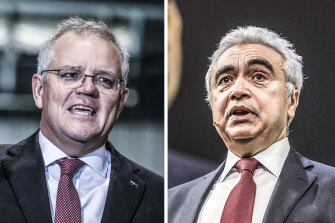