We have made our live coverage of the coronavirus pandemic free for all readers. Please consider supporting our journalism with a subscription.

Sydney’s hardest hit areas in the latest COVID-19 outbreak have some of the lowest vaccination rates in the state, while areas in the eastern suburbs, northern Sydney and the Hawkesbury have the highest number of residents fully vaccinated.

Public health experts say lack of easy access to vaccines, complex booking systems and younger populations in the city’s south-west and west have hampered uptake and left people exposed to the highly transmissible strain of the virus. 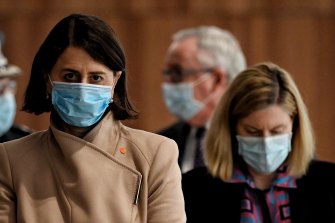 Health data released yesterday by Operation COVID Shield on vaccination rates by region show more than one-quarter of people aged over 15 in North Sydney and Hornsby statistical areas are fully vaccinated – the highest in the state – compared with about 14 per cent in the south-west.

Melburnians head for the country and Brisbane in wake of virus

Melburnians are leaving the city and heading for cheaper housing and lockdown-free life in the state’s regions and other parts of the country as the coronavirus pandemic up-ends migration across the country.

A record net 11,800 people left the nation’s capital cities in the three months to the end of March, the Australian Bureau of Statistics reported on Tuesday, with Sydney and Melbourne feeling the pandemic-fuelled drain. 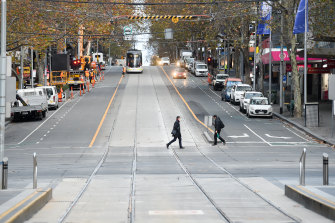 Melbourne’s streets all but empty during a lockdown earlier this year. Credit:Justin McManus

Since the start of the pandemic, a net 22,651 people have left Melbourne for other parts of Victoria. In total, Melbourne has lost a net 34,366 residents, including 3682 who have made the move to Brisbane.

More on this story here.

Australians will use a QR-code vaccine certificate for international travel under a multimillion-dollar federal government plan to reopen the borders, but the Coalition is in disagreement over whether to extend the requirement to domestic travel.

The Sydney Morning Herald and The Age can reveal the Government’s expenditure review committee of cabinet last week backed a proposal for vaccination certificates, which would lead to quarantine-free international travel. It would involve linking people’s vaccination status on their MyGov accounts – a secure online portal that stores Australians’ personal information – with new digital vaccination certificates and border declarations. 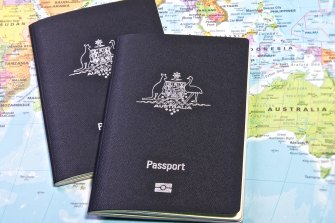 Australians will have a vaccine certificate for international travel, but the Coalition is split on whether to use it for domestic travel too.Credit:Shutterstock

Prime Minister Scott Morrison is pushing for the use of the certificates domestically on the basis it will encourage more Australians to get vaccinated faster under national cabinet’s planned four-phase reopening of the country.

But the issue remains contentious within the Coalition party room, with several MPs from within its conservative ranks voicing their opposition against any mandatory system.

Here’s everything you need to know before we get started.