‘This is a national crisis,’ deputy Liberal leader says of foot and mouth

As some of you may know, Ley is the member for Farrer – a sprawling regional electorate that includes Albury, in southern NSW, stretches north of Griffith and meets the South Australian border in the west. 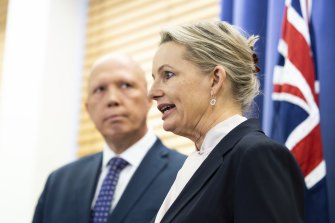 Here’s what the Coalition frontbencher had to say:

This is a national crisis. It demands a national response. Where is the prime minister? [It appears] he spent more time yesterday cracking jokes on the radio then leading what needs to be a coordinated plan response.

I come from rural Australia. I’m taking calls from members of my community that are absolutely terrified about this. I don’t want to be here in 10 years time looking back asking what … could we do when foot-and-mouth disease has decimated our industry. We need a national plan from the prime minister down.

That is a decision for the government. We all had anecdotes … about people coming in, filling in their cards and doing the right thing, but nothing more.

We need more than a social media campaign and a few mats at the airport. This is a national crisisLet’s lead with this and show prime ministerial leadership. I am not seeing that and that’s why many members of parliament are expressing this alarm.

Unions are pushing to have the right to work from home included in enterprise bargaining agreements covering tens of thousands of white-collar workers, arguing the measure would help keep workers safe from new COVID variants.

Australia’s Chief Medical Officer, Paul Kelly, has called on employers to let staff work from home this winter to control the “significant new threat” posed by the latest Omicron subvariant. However, enshrining the right to stay home in long-term agreements could delay a traditional return to the office for many years to come. 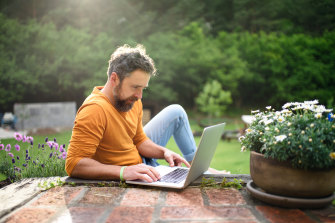 Unions want the right to work from home included in enterprise agreements.Credit:iStock

The Finance Sector Union, which is campaigning for a 6 per cent wage increase for bank staff, is pushing Westpac and NAB to give employees the right to negotiate with their managers over remote working entitlements in a condition to be written in as part of their enterprise agreement.

And almost all branches of the National Tertiary Education Union are pushing for work-from-home rights in agreements being negotiated between universities and some 27,000 professional staff around the country.

More on this issue here.

The detection of even a single case of live foot-and-mouth virus in Australia would trigger a COVID-like official response, including contact tracing, lockdowns and interstate border closures for livestock and potentially even people.

Under the nationally agreed response for a foot-and-mouth outbreak, all livestock transport would come to an immediate stop for at least 72 hours and potentially much longer until the source was found. 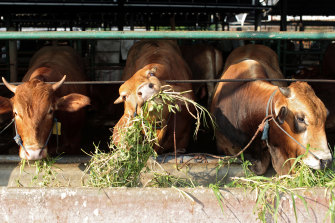 There is an outbreak of the highly infectious foot and mouth disease in cattle in Indonesia.Credit:Bloomberg

Existing trade deals require a halt of Australian red meat exports if the virus were detected in the country. The government has calculated the cost of a trade ban would be greater than the cost of eradicating the disease, and sick and at-risk livestock would be culled in a bid to restore Australia’s disease-free status as soon as possible.

This morning’s headlines at glance

It’s Friday, July 22. I’m Broede Carmody and I’ll be anchoring our live coverage for the first half of the day.

Here’s what you need to know before we get started.