Quarantine set to stay until next year

Health estimates continued late into the evening last night, taking a deep-dive into the country’s hotel quarantine system and what alternatives were being canvassed by the federal government.

To date, there have been 21 instances where COVID-19 has spread within hotel quarantine, including the most recent incident in WA, the committee heard. 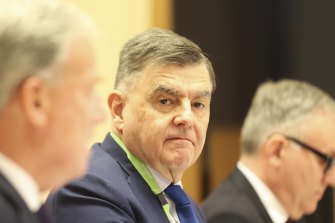 Secretary of the Department of Health Professor Brendan Murphy.Credit:Alex Ellinghausen

Despite those cases, Chief Medical Officer Professor Paul Kelly said the system has been “enormously successful”, pointing out that 352,000 people have been through the hotel quarantine system.

Greens senator Rachel Siewert asked if the decision had been made that Australia could live with these escapes of COVID-19 from hotel quarantine, rather than investing in more purpose-built facilities like the Howard Springs centre in Darwin. That facility has been expanded to now take up to 2000 return travellers. So far it has taken about 13,000.

“The system has operated exceptionally well, given the number of people that we’ve brought back into the country through it.”

Department of Health secretary Professor Brendan Murphy said quarantine was here to stay for some time, and the government was interested in exploring other quarantine options.

“Given the state of COVID around the world, it’s inconceivable that we would get away without some form of supervised quarantine – at least this year and sometime into next year,” he said.

“But it may not be for weeks, maybe for example you could have different forms of quarantine, where vaccinated people from low-risk countries might have a lower period of quarantine.”

There were no new COVID-19 deaths across the country on Tuesday. But the UK’s health minister says the virus hasn’t been defeated. 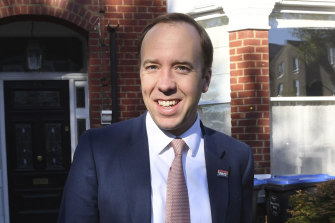 Good morning and thanks for joining us. It’s Wednesday, June 2. I’m Broede Carmody.

Here’s what you need to know before we jump into our rolling coverage: