Describing himself as a proud Worimi man, Dr Kong said early intervention – such as checking children’s ears at every opportunity – would contribute to closing the gap in education, employment and health between Indigenous and non-Indigenous Australians. 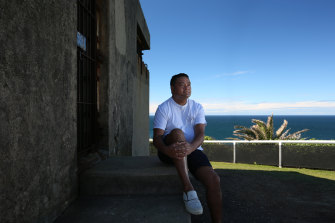 It would result in more children finishing school, getting jobs and fewer younger people ending up in juvenile justice and jail because they couldn’t understand what was going on.

In a country that prides itself on inventing the Cochlear implant that has revolutionised the lives of babies born with severe or profound hearing loss, the rate of middle-ear infections causing hearing loss among Indigenous Australians was much worse than among non-Indigenous Australians, said Dr Kong, an ear, nose and throat surgeon in Newcastle.

Otitis media – infections and inflammation of the ears causing glue or runny ears – is the most common reason why all young Australian children see a doctor.

It is chronic in Indigenous communities due to poverty, overcrowded housing and a mistrust of, or lack of access to, health services.

Yet Aboriginal children often suffered in silence, said Dr Kong. That is because, after an eardrum has burst from an ear infection, the pain goes away even if the perforation doesn’t recover. Without a child complaining of ear pain, parents are unaware of the infection, which can get worse, causing hearing loss.

Chronic otitis media affects up to 70 per cent of children in remote communities.

The World Health Organisation considers it an emergency if the rate is greater than four per cent.

“Purely from a human rights point of view, [the belief that] a kid born in a first-world nation should have the same opportunity that every other child has is something I’m very passionate about,” said Dr Kong.

The rate of ear disease for Indigenous people in cities was also higher than non-Indigenous Australians.

“So if you’re living in beautiful Newcastle then your ear disease should be the same as the general population when you have the same hospitals, but it’s not,” he wrote in a special issue on Indigenous people and ear disease in the Journal of Deafness and Education International.

A report by the Australian Law Reform Commission found that as many as 95 per cent of Aboriginal and Torres Strait Islander prisoners had some form of hearing impairment.

Yet early opportunities to identify hearing loss caused by repeated ear infections were “sliding door moments” that were often overlooked, said Dr Kong, also an associate professor at the University of Newcastle and 2021 Novocastrian of the Year.

He quoted a colleague in Darwin whose mantra is: “Every ear, every opportunity, every time.” That sometimes meant taking a photo of an eardrum and sending it to a hospital to review.

His experience showed that those children who didn’t recover from a middle ear infection missed out on early education, speech, language and culture. “It is also the songlines, dance, and the interaction with your grandparents, and the fun, the laughter and the happiness that makes a complete child in so many ways,” he said.

“Where someone’s hard of hearing, they can suffer alarming injustice. They end up in jail. They go back to their friends and say, ‘What happened in there? Why am I locked up?’,” he wrote.

“They often misinterpret what’s going on. Our system is too busy to sit down with the Indigenous person with a hearing loss and ask; Do you need a hearing aid? Do you need people to speak louder? Can you speak English? Is English your first language?”

At school, a teenager with hearing loss may appear distracted. “Could they have gone down a different pathway? It can be a ‘sliding doors’ moment; which direction would make the Indigenous student head down without support or opportunity. If we focus more on access to hearing and understanding, then we’ll see outcomes change.”

It was often the same problem in primary school where children with hearing loss end up sitting at the back of the class instead of the front.

He praised frontline community workers and programs like the Hear our Heart Ear Bus Project in Dubbo. It provides targeted screening, free access to specialists and works with schools. It was started after Dubbo residents identified that a growing number of children with otitis media were not being diagnosed or treated and were falling behind at school.

At schools, Hear our Heart teaches better ear health to prevent ear infections. Children with hearing loss and blocked ears are moved to the front, and the teachers wear microphones so their voices can be heard more easily.

“Getting a hearing test is simple, but education and health care access for these kids requires a complex solution,” he said.

The special edition of the journal on Indigenous hearing included research, Djaalinj Waakinj (listening talking), by Aboriginal researchers in Western Australia tracking children in Perth. The first of its kind, it was initiated by urban Aboriginal people who felt the focus on more remote communities often meant urban communities were forgotten.

Our Morning Edition newsletter is a curated guide to the most important and interesting stories, analysis and insights. Sign up to The Sydney Morning Herald‘s newsletter here, The Age‘s here, Brisbane Times‘ here, and WAtoday’s here.