British Airways staff facing the axe must decide today whether to take redundancy or face the possibility of lower wages and poorer terms and conditions.

Those who do not volunteer and then refuse a role under the new terms and conditions have been warned they may no longer be given a redundancy payment, unions have claimed.

Unite general secretary Len McCluskey said the airline was wrong to believe it could ‘walk all over’ its staff.

Speaking to BBC Radio 4’s Today programme, Mr McCluskey said: ‘Our flag carrier, who employs 42,000 workers, they want to sack 12,000 and the other 30,000 they want to fire and rehire on considerably worse terms and conditions.

‘It’s nothing short of industrial thuggery.’

His comments come as thousands of BA workers have been told, in a letter seen by the National, that today is the ‘final opportunity to request voluntary redundancy’.

A spokesman for Unite told the Mail Online that workers ‘are facing up to 50 per cent pay cuts’ if they do not accept voluntary redundancy packages. 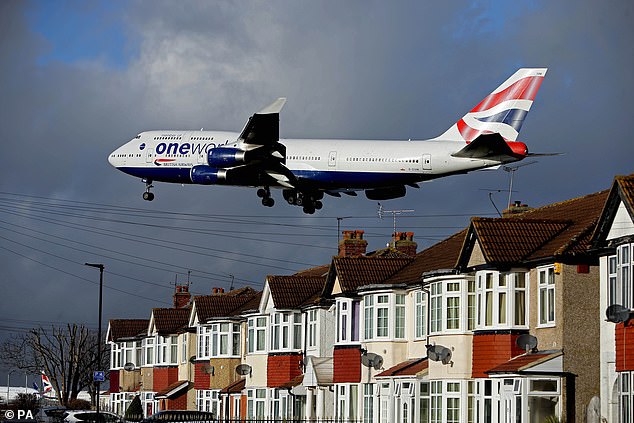 British Airways’ owner IAG announced in April it would cut up to 12,000 jobs due to the coronavirus pandemic.

Unite claims the company is planning to rehire remaining employees on downgraded terms and conditions if an agreement cannot be reached in what they have branded ‘fire and rehire proposals’.

IAG chief executive Willie Walsh recently described Unite as being ‘blind and deaf’ in relation to the financial impact of the pandemic.

This is ‘completely untrue’, Mr McCluskey insisted. He claimed ‘we want to sit down and discuss how we can assist them getting through this crisis’.

British Airways pilots last week voted to accept a package including job and pay cuts aimed at avoiding a larger number of redundancies.

Pilots’ union Balpa said there will be around 270 compulsory redundancies and temporary pay cuts starting at 20% and reducing to 8% over two years – before falling to zero over the longer term.

Mr McCluskey said Unite – which represents thousands of British Airways staff including cabin crew and engineers – would accept the same deal if it was available.

‘British Airways are not offering the same deal’ he said. ‘It is thuggery of the worst industrial kind.

‘This is an individual, Willie Walsh, and his management team, who believe that because most of our members are furloughed they are in a vulnerable position, and he believed he could walk all over them.

‘Well he obviously doesn’t know his workforce, because it’s unfair. No other company – not only in the aviation sector – no other company in the rest of the UK has adopted this type of tactic here, this scorched earth approach.’

British Airways recently said it is ‘not too late to find solutions – as we have done with Balpa – and to protect jobs’.

The airline does not expect demand for air travel to return to pre-pandemic levels until at least 2023.

Commenting after the Today programme, Mr McCluskey added: ‘The reality is that the pilots were never faced with the drastic ‘fire and rehire’ strategy that is being imposed on the overwhelming majority of the BA workforce.

‘We have said all along that BA’s boardroom had a wider agenda, which was to use this pandemic crisis to drive down the terms and conditions of crew and staff, with some losing over £20,000 from their salary, as part of a long-term ambition to reposition BA as a low cost airline in all but name.’ 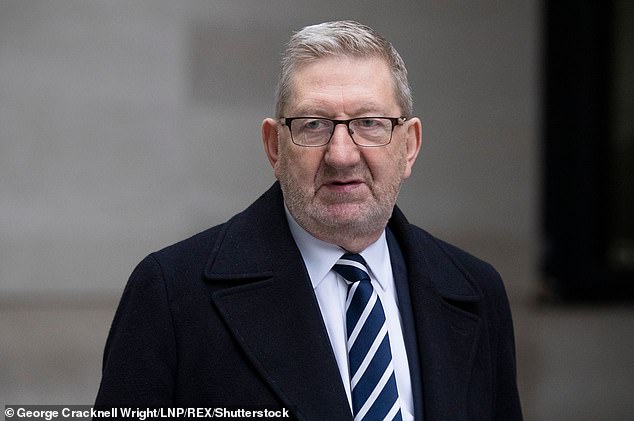 IAG announced on Friday that it made a pre-tax loss of 4.2 billion euro (£3.8 billion) in the first six months of the year.

A spokesman for British Airways described claims workers were facing up to 50 per cent pay cuts as untrue and added: ‘For more than 100 years British Airways has been flying millions of people around the world. Today that world remains largely closed.

‘This is the biggest challenge the airline and our industry has ever faced. Sadly, the global pandemic has resulted in job losses across every industry.

‘Many airlines have already made thousands of staff redundant.

‘We are not immune to this crisis. We have to adapt to survive, so we will continue with the proper, lawful consultative process and we will keep inviting union representatives to discuss our proposals to the serious challenges we face.

‘It is not too late to find solutions – as we have done with BALPA – and to protect jobs.’