PICTURED: Newborn baby boy draped in rosary is found ALIVE after being dumped inside a drawer of a discarded dresser in Chicago alley

A newborn baby boy was miraculously discovered alive on Tuesday morning inside a drawer of a discarded dresser in a Chicago alley.

Paramedics were called to the 2300-block of North Oak Park Avenue in Chicago’s Montclare neighborhood at around 8am by a passerby who found the infant in the dresser drawer, said Larry Langford, a spokesman for the Chicago Fire Department.

The Good Samaritan, who did not want to be identified, said the boy was wrapped in rosary beads and his mouth was filled with vomit.

The child, who officials said was less than a week old, was taken to Lurie Children’s Hospital, where he was listed in good condition. 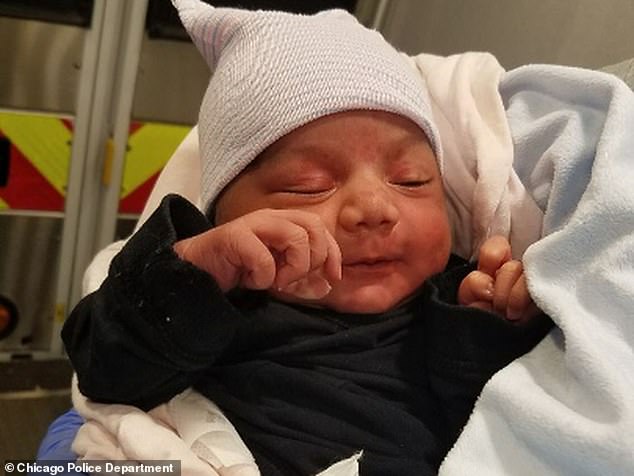 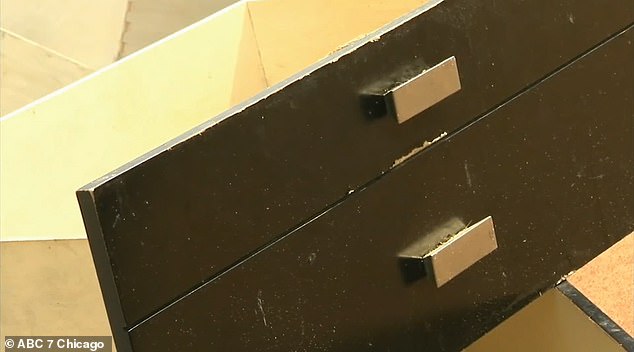 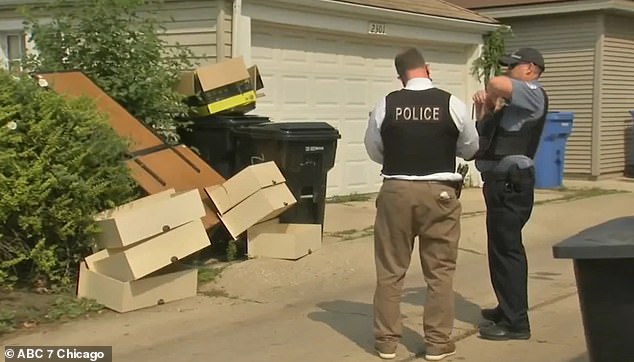 ‘It’s a good thing somebody came by. It’s hot out there, it could’ve ended differently, but it’s all seemingly worked out,’ Langford told the Chicago Tribune.

The woman who found him said she was walking along the block when the dresser drawers caught her eye, reported ABC 7 Chicago. She approached the furniture, planning to recycle the handles on the drawers, and found the baby.

‘I put my finger on the little foot, to just to see he was moving,’ she told NBC Chicago.

The woman stayed with the baby until paramedics arrived and took him away. 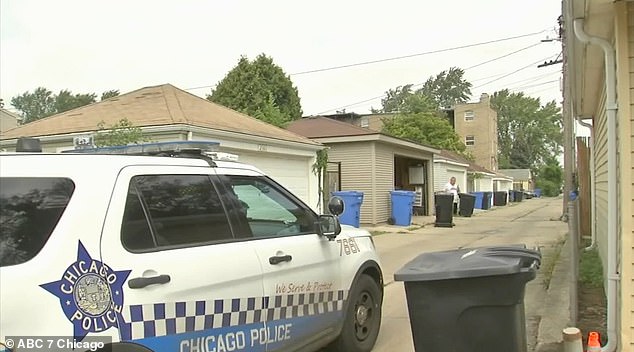 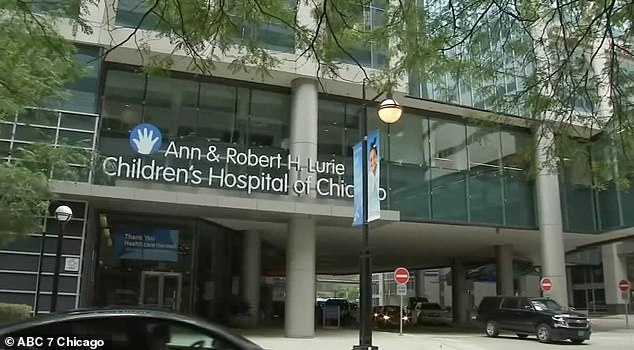 The infant was taken to Lurie Children’s Hospital, where he was listed in good condition

Officials said trash pickup was underway on Tuesday in the area where the infant was found. But it wasn’t clear if the dresser was close enough to the curb that it would have been hauled away by trash collection crews.

Temperatures in Chicago were in the 70s at the time the child was found but climbed into the 90s by the afternoon.

In Illinois, parents can safely leave newborns up to 30 days old at hospitals, police and fire stations with no questions asked.

‘Every time I think about the little details, it just makes me mad,’ the woman who rescued the baby boy said, reflecting on his parents’ decision to leave him in an alley in the middle of August. ‘So I’m just gonna focus on the miracle that I was there, and that everybody showed up on time…’

The Chicago Police Department is investigating and is seeking to identify the baby.