Jakarta: Bali's tourism sector has taken a sizeable hit from the novel coronavirus and is facing the loss of 100,000 Chinese tourists per month because of a travel ban introduced last week, while anxiety is increasing among Australian travellers about potential undetected cases.

The large number of tourists who visit Bali from China – and the fact that about 2 million Chinese visitors in total visited all parts of Indonesia in 2019 – has prompted growing questions about how Indonesia remains free of the virus, officially named COVID-19, particularly when most south-east Asian nations have recorded cases. 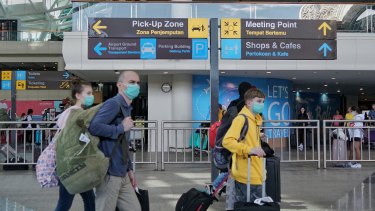 Tourist arrivals in Bali have taken a hit following a ban on Chinese visitors to Indonesia.Credit:Amilia Rosa

The Sydney Morning Herald and The Age revealed two weeks ago that Indonesia did not yet have the specific test kits needed to rapidly test for the virus. Officials denied the report at the time, but have subsequently confirmed it and the kits have now been obtained.

Ida Bagus Agung Partha Adnyana from Bali's tourism board said the island paradise had not yet seen any major cancellations because of virus other than "Chinese tourists, of course". 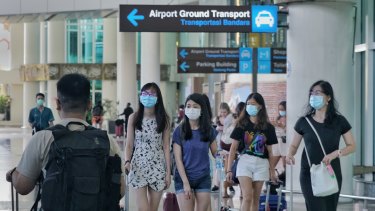 The arrival hall of Bali’s Denpasar airport on Tuesday.Credit:Amilia Rosa

"We are working closely with the Health Ministry and relevant parties. They know the protocols that need to be followed if anyone is suspected of being infected, that they need to contact the authorities who will then arrange transportation to one of the three hospitals prepared and equipped to isolate the suspected person[s]. We have the same advanced facilities just like in Singapore and Malaysia." 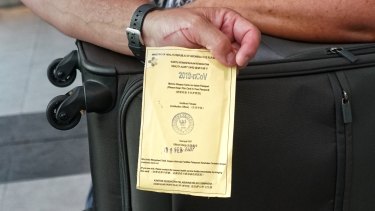 Tourists arriving in Indonesia from countries where cases of coronavirus have been reported, such as Australia, are given a health alert card to fill out. One half of the card is supposed to be handed to authorities but some tourists said this card had not been collected. Thermal scanners that measure body temperature are also in place.

Chief Medical Officer Brendan Murphy said on Wednesday that it was "certainly very surprising" that Indonesia still had not confirmed any infection cases and that it "should be a cause for some concern that there may be some undetected cases". 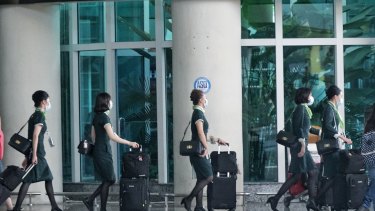 Indonesian health authorities said on Tuesday they tested 64 people for coronavirus and 62 results had come back negative. The last two tests were still being processed.

Yuni Antari, a shopkeeper at a Circle K shop at Denpasar's Ngurah Rai airport arrival terminal said that since the ban on tourists from China or travelling via China, "our sales dropped more than 50 per cent".

"The Chinese tourists have always comes in big groups, it's not just the tourists, it's the tour guides, the travel agent staff handling them, they are all gone. The waiting area used to be full of them, now it's half empty," she said.

"I am worried about the virus of course, but without the tourists we would be dead too in a way. I wish they could still come, maybe if we screen them better they can still come. If we use the proper protection."

I Gede Dean Santika, a driver, said he had been relatively unaffected by the ban as most of the tourists he served were from Australia or Europe.

"Some of my friends, yes they are affected, the ones that work mainly handling Chinese tourists, they complain to me how quiet things are down in Kuta, with many Chinese restaurants closed."