The Bank of England today denied it is delaying unwinding its quantitative easing operation over fears about market instability.

Threadneedle Street insisted the schedule to start selling gilts – government bonds – by the end of the month remains in place.

The response came after the Financial Times reported that a postponement was on the cards.

The Bank has an £838billion stock of gilts purchased through QE – effectively printing money – to keep the economy afloat during the credit crunch and Covid crisis.

It has always intended to sell the gilts, reducing the supply of money in the economy.

But the original date of October 6 was abandoned amid concerns that prices were already plunging and pension funds were struggling. 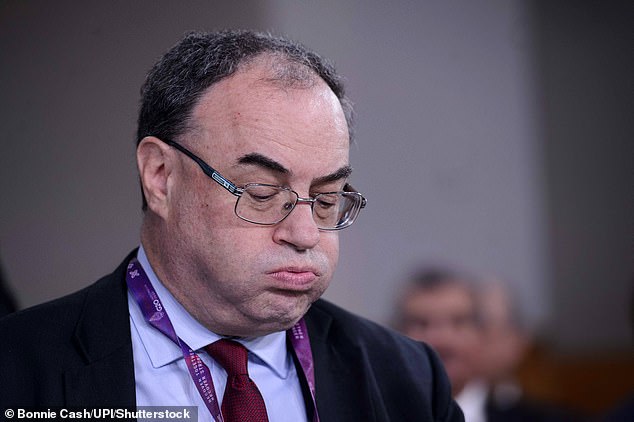 The Bank of England (pictured, governor Andrew Bailey) today denied it is delaying unwinding its quantitative easing operation over fears about market instability Until Friday the Bank was instead buying long-dated gilts to prevent ‘dysfunction’ in the market. A complicated hedging arrangement used by some funds had triggered a sort of ‘doom loop’, forcing them to sell more gilts to cover positions, which in turn pushed down prices further.

The FT said that Bank officials had come to the view that the QE unwinding process – known as Quantitative Tightening, or QT – needed to be delayed again because the gilts market was ‘very distressed’.

But a statement from the Bank said: ‘This morning’s FT report that the BoE has decided to delay MPC gilt sales (‘QT’) is inaccurate.’

The Bank and the government have been desperately trying to manage volatility in the wake of the mini-Budget.

Jeremy Hunt, who took over as Chancellor after Kwasi Kwarteng was dramatically sacked on Friday, has now reversed almost all the measures and signalled deep spending cuts to stabilise the government’s finances.

That has shored up the prices of gilts – bringing down the interest rates that the state pays to borrow money – and helped the Pound claw back some ground on the US dollar.