A BASE jumper has been airlifted to hospital after their parachute "failed to open" when leaping off a 530ft cliff.

The coastguard and ambulance crews attended Beachy Head cliff in East Sussex after receiving a 999 call at 9.15am. 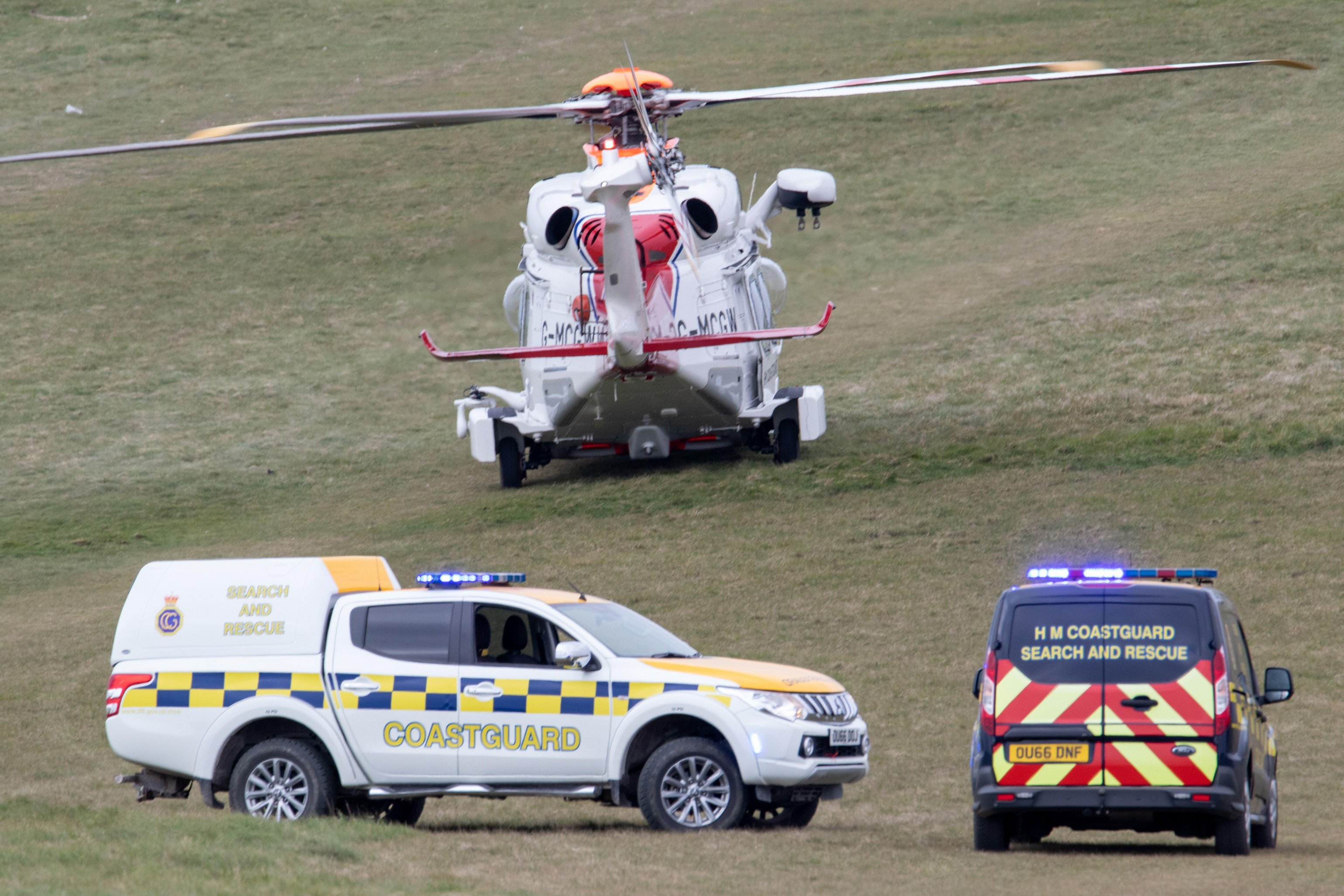 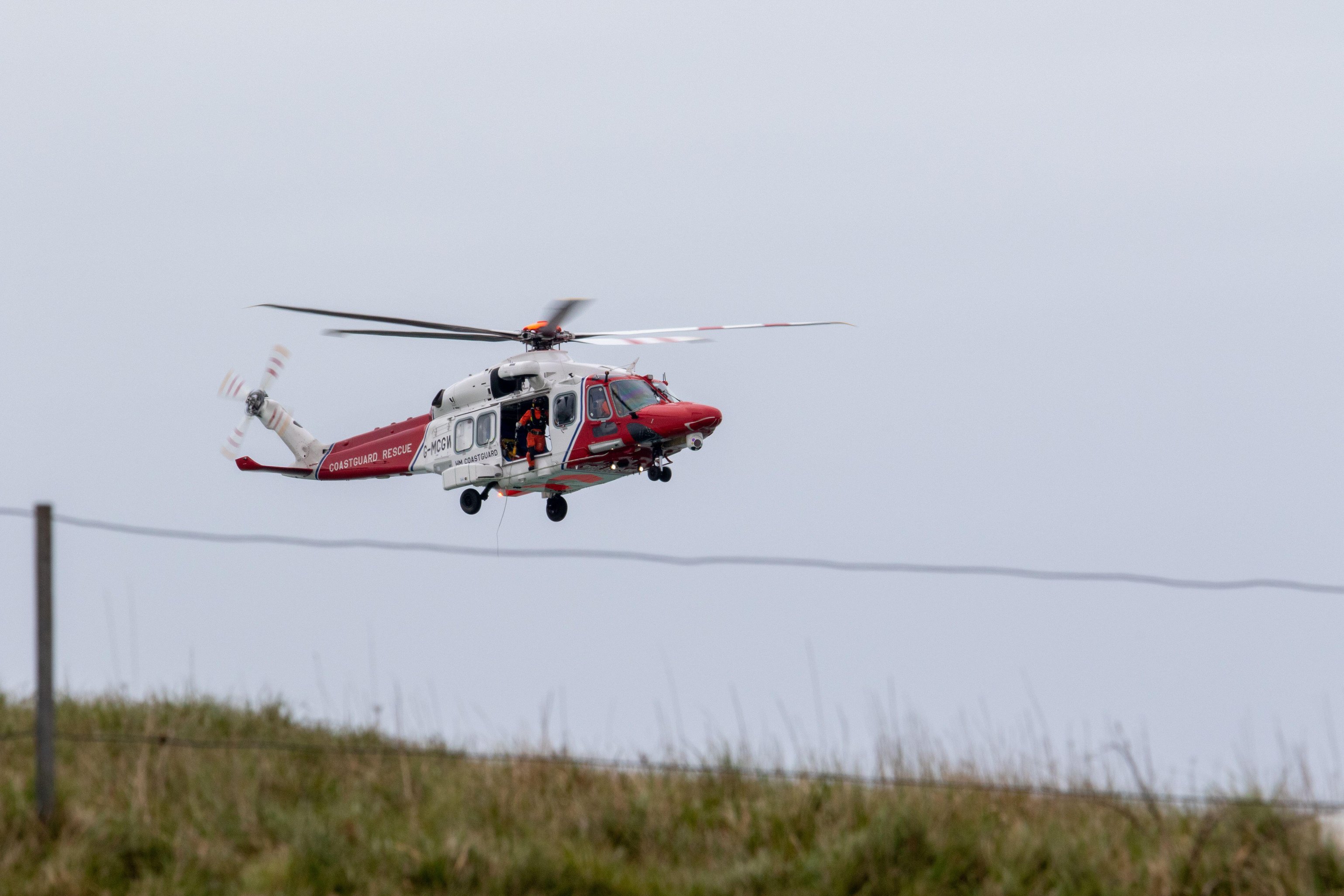 It is understood a base jumper's parachute did not open fully as they jumped from the cliff, according to local reports.

Air ambulance crews and a helicopter were seen taking off following the incident.

A spokesman from the coastguard said: "A 999 call was received at 9.15am today reporting an injured person at Beachy Head.

"The Coastguard Rescue Teams from Eastbourne, Birling Gap and Newhaven, the RNLI lifeboat from Eastbourne, the search and rescue helicopter from Lydd and the South East Coast Ambulance Service attended the scene.

"The casualty was winched by the search and rescue helicopter and airlifted to Brighton Hospital where they were passed into the care of medical staff." 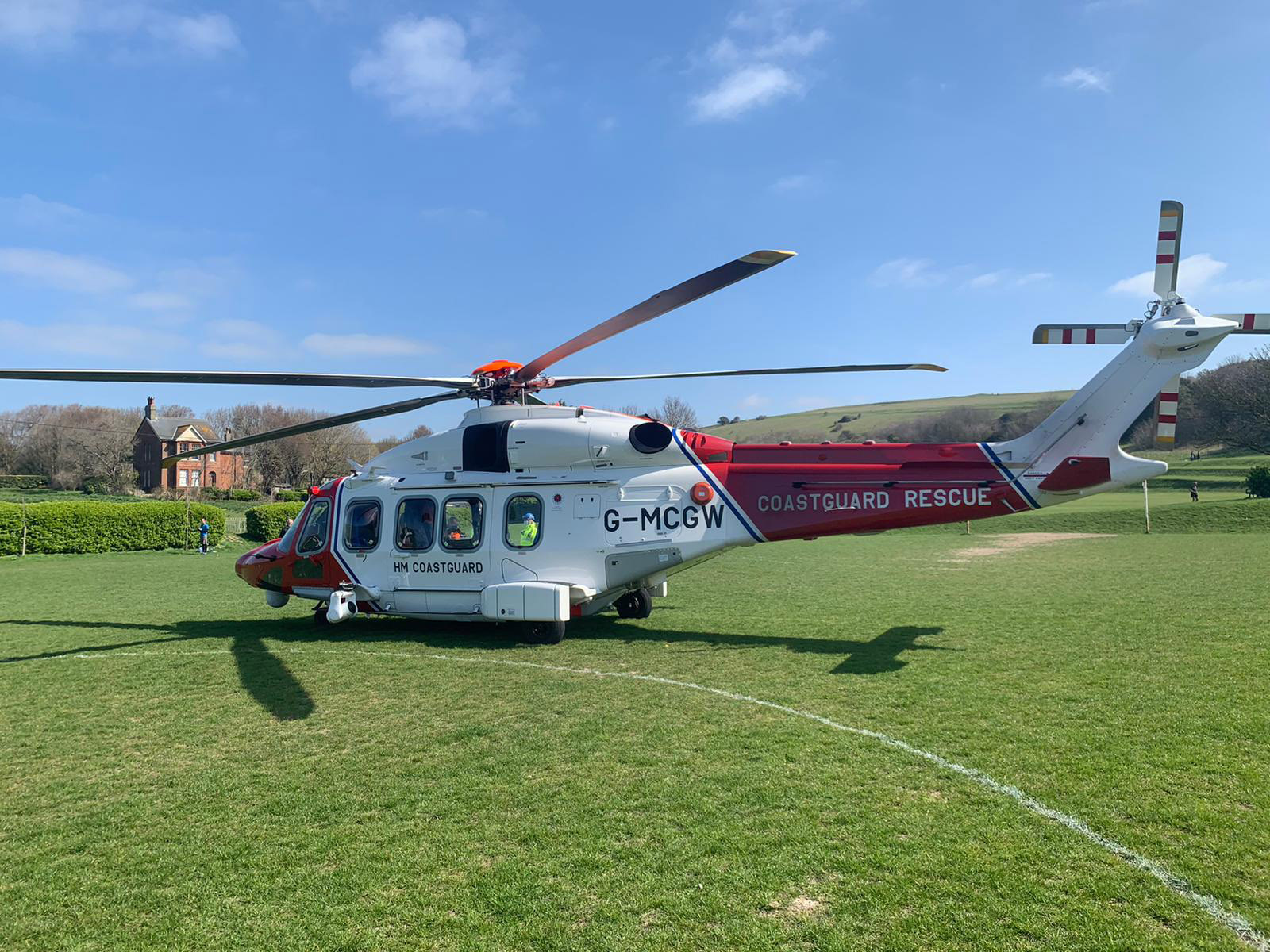 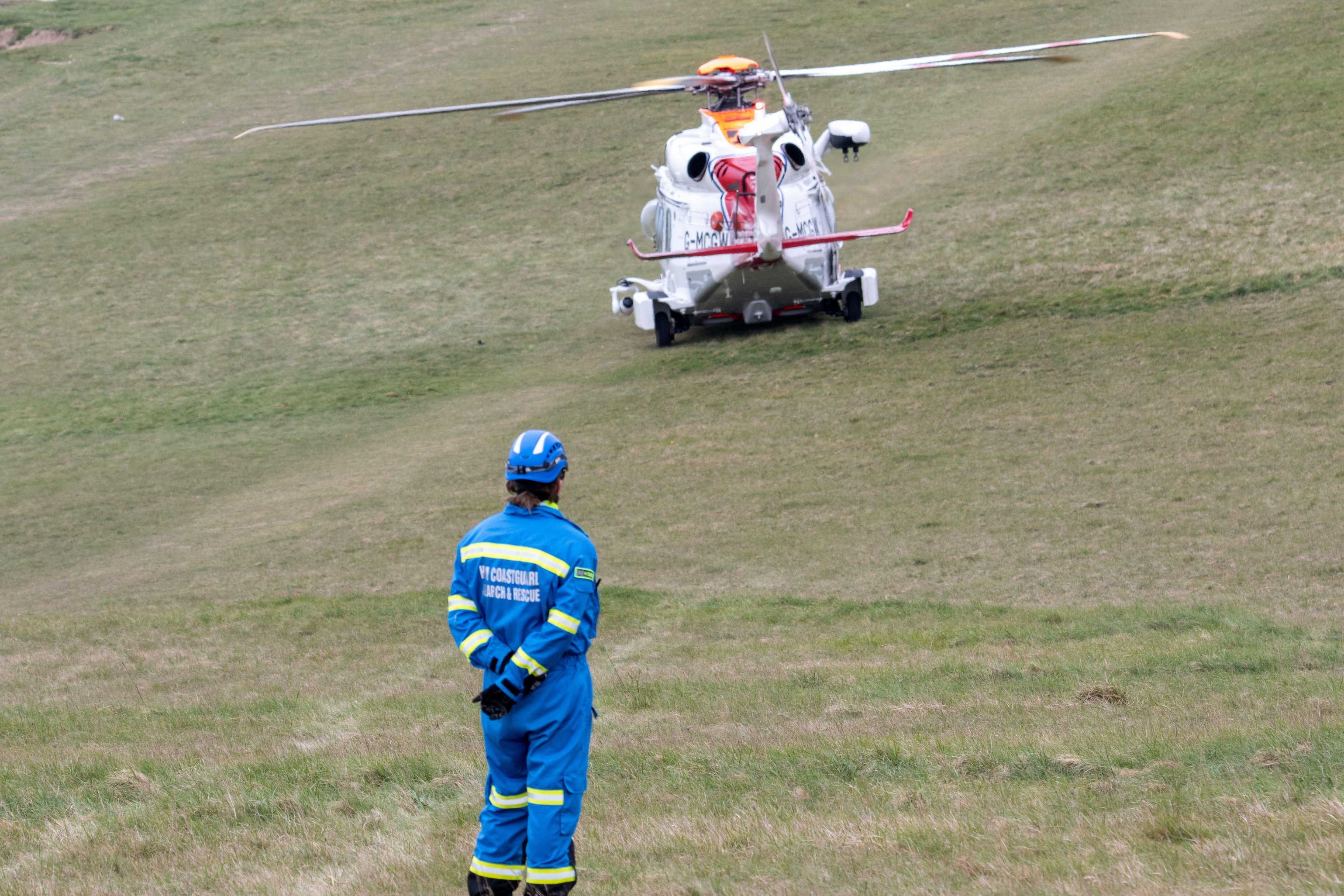 This comes after two daredevils jumped off the top of the Durdle Door arch using parachutes before landing in the sea.

The two base jumpers stunned members of the public out for an Easter Sunday walk by ascending the 200ft tall landmark on the Dorset coast.

The two men ignored warning signs telling people not to climb the rocky arch – and made their way to the top.

Both were dressed only in shorts and t-shirts – although they were wearing safety helmets.

The first lad flung himself off and his yellow parachute opened up to control his decent into the chilly sea.

He surfaced and then struggled to rein in his soaking canopy before swimming to the shore wit it.

He then swam back to under the arch to help his mate who jumped using a blue parachute.

The stunt was witnessed by hundreds of members of the public who were on the beach. 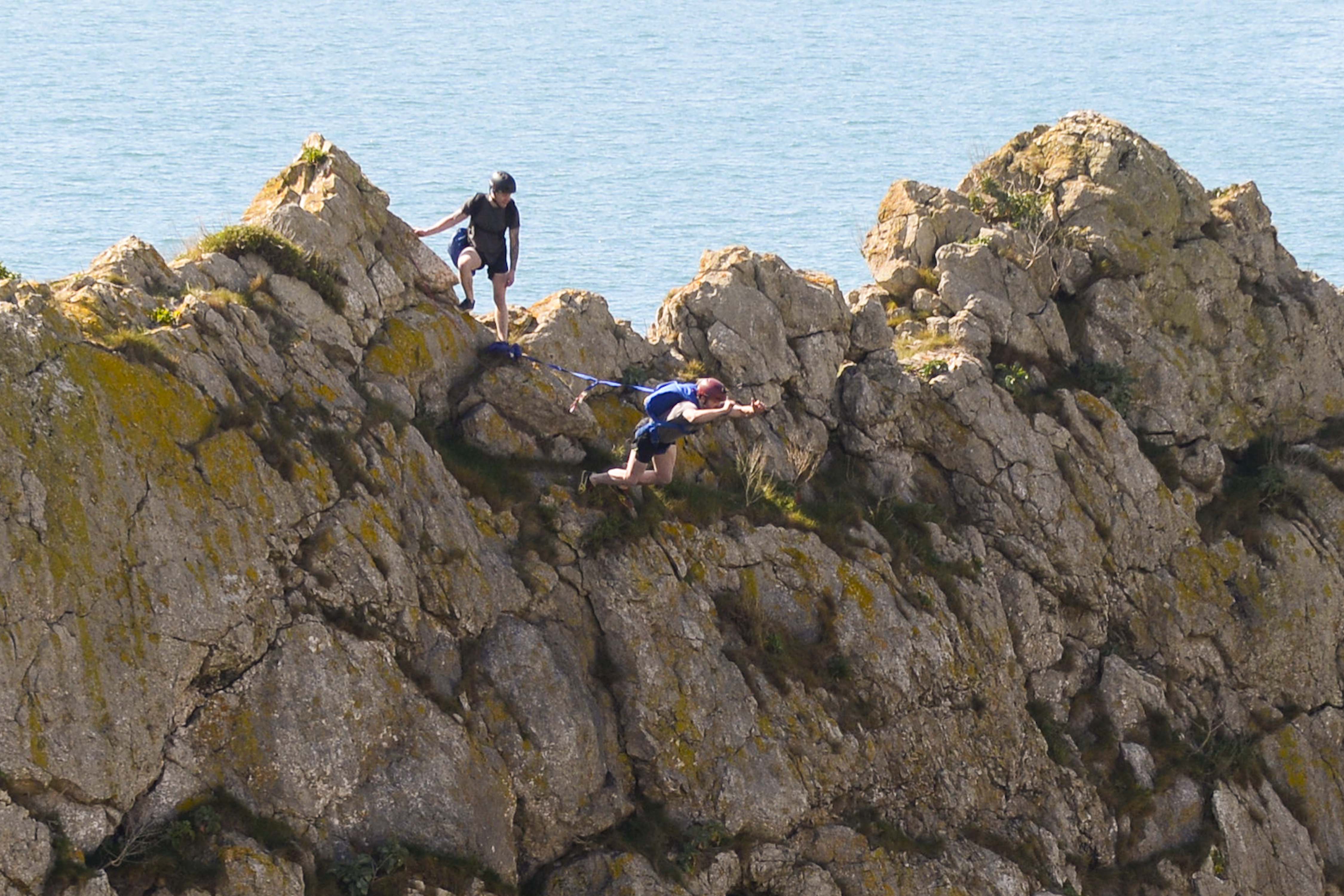 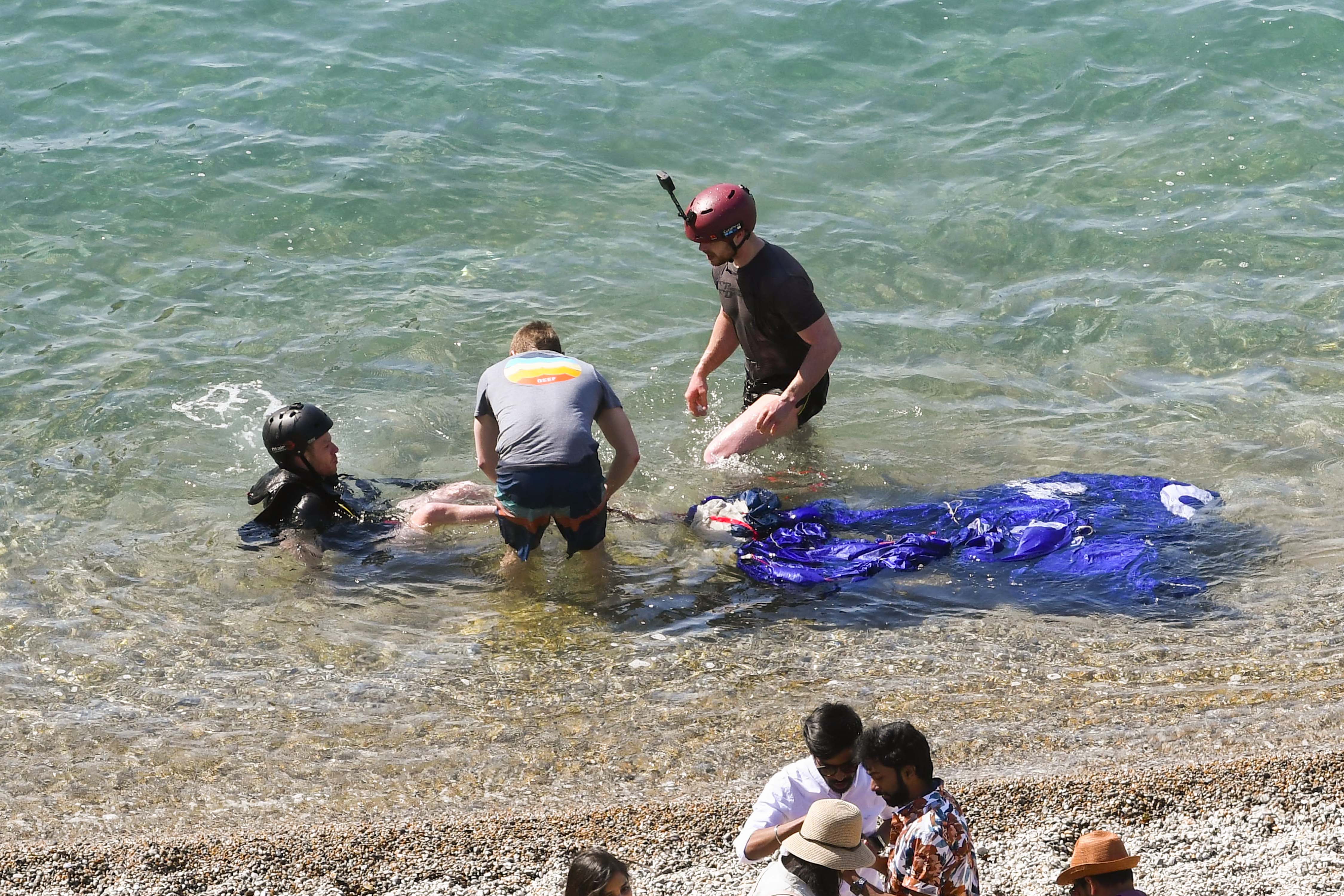 One witness said: "The beach was packed but I don't none could quite believe it when they saw these two guys start climbing up the door carrying their gear.

"It was obvious what they were going to do but still a bit unbelievable at the time. Everybody stopped to watch.

"The first guy who jumped seemed t struggle with his parachute afterwards, it must have been very heavy in the water.

"I think that is why he swam back out to help the second guy."

Durdle Door was the scene a several stunts last year, most notably people climbing to the top of it to jump 200ft into the water.

One of those had to be rescued from the seabed and resuscitated on the beach after his jump went badly wrong.

The last September another thrillseeker used a jet-pack to fly through the arch that forms part of Britain's UNESCO World Heritage Jurassic Coast.

At the time the Lulworth Rangers, who are employed by landowner the Weld Estate, said they were fed up with people abusing the historic site.

A spokesman said: "From the horrific scenes of tombstoning, more and more people are using the iconic arch to make a viral sensation.

"Not only does this put themselves and our emergency services at risk but it exploits the natural World Heritage Site as a playground to abuse, rather than respect.

"Stunts like this just make us despair as to what will happen next. Just because Durdle Door is there, doesn't mean you should jump off, climb up or fly through it."

Kevin Burt, a Lulworth coastguard, said: "We try and stop people from jumping off the arch because it is so dangerous."