TO recap then. OH had given DS Arnott the OK to return to AC-12 which was going to be reported by the ACC to the DCC for overstepping the mark with the SIO, Roz Huntley.

However, there were big doubts still hanging over this DCI because of the ANPR and the KRG-13. And that’s before we even got to her MRSA or the YLM-1 and the vexed issue of “H.” 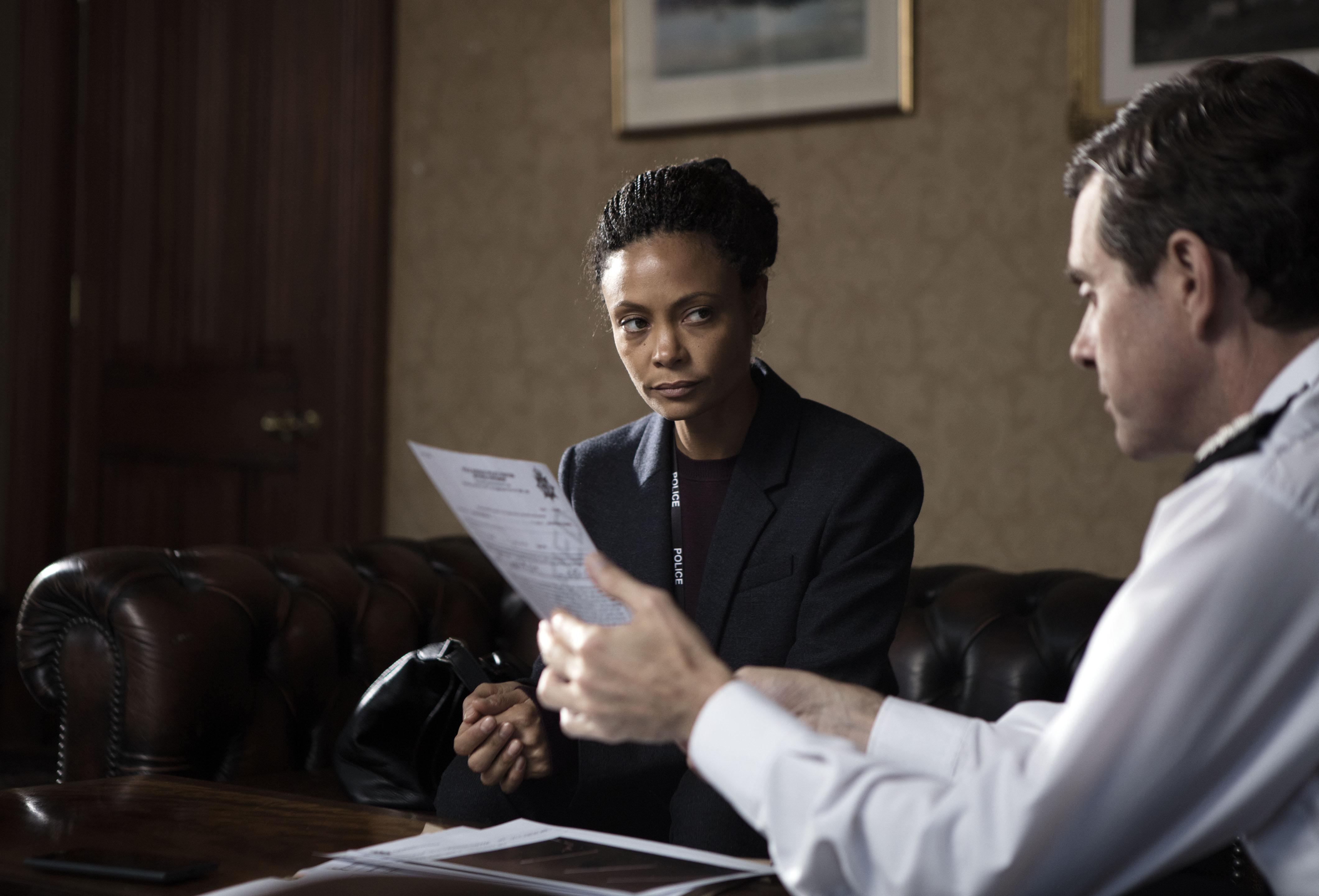 Was it SIO Hastings? ACC Hilton? Or still just that little berk out of Steps?

One of many questions to be answered by Sunday night’s Line Of Duty finale, where the arrests, bullets, coincidences and acronyms were all flying thick and fast (FTAF).

A little too thick and fast, for my own liking, if I’m being 100 per cent honest with you.

Because, up to the point Roz was finally buried under the weight of evidence, in her brilliant confession scene, Line Of Duty had maintained its normal perfect pace.

It then seemed to realise, though, that it hadn’t left itself quite enough time or material to tie up all the show’s other loose ends and set up the next series. 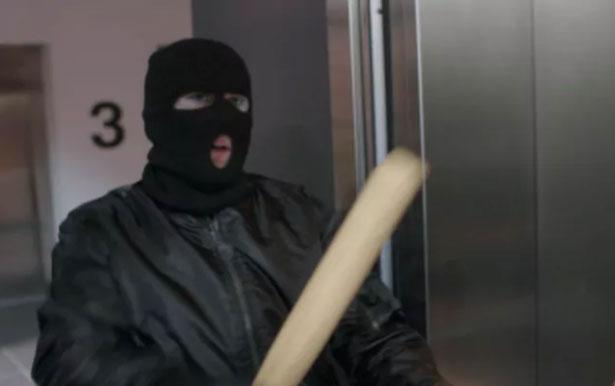 In the space of about 18 minutes:

– DC Jamie Desford had gone rogue with a pistol.

– Balaclava man was, somewhat disappointingly, revealed to be a criminal network rather than an individual.

– And Derek “H” Hilton apparently committed suicide after incriminating himself with a paper chase of evidence that was almost as lyrical as it was clumsy (“And the third burner phone’s connected to . . . ” The thigh bone?).

So you could, if you were so minded and idiotically petty, try to bury the show under the weight of some of these improbable twists and coincidences alone.

That would mean, though, you’d overlooked the fact Line Of Duty was entertainment and, for a couple of connected reasons, easily the best British television drama of the century. 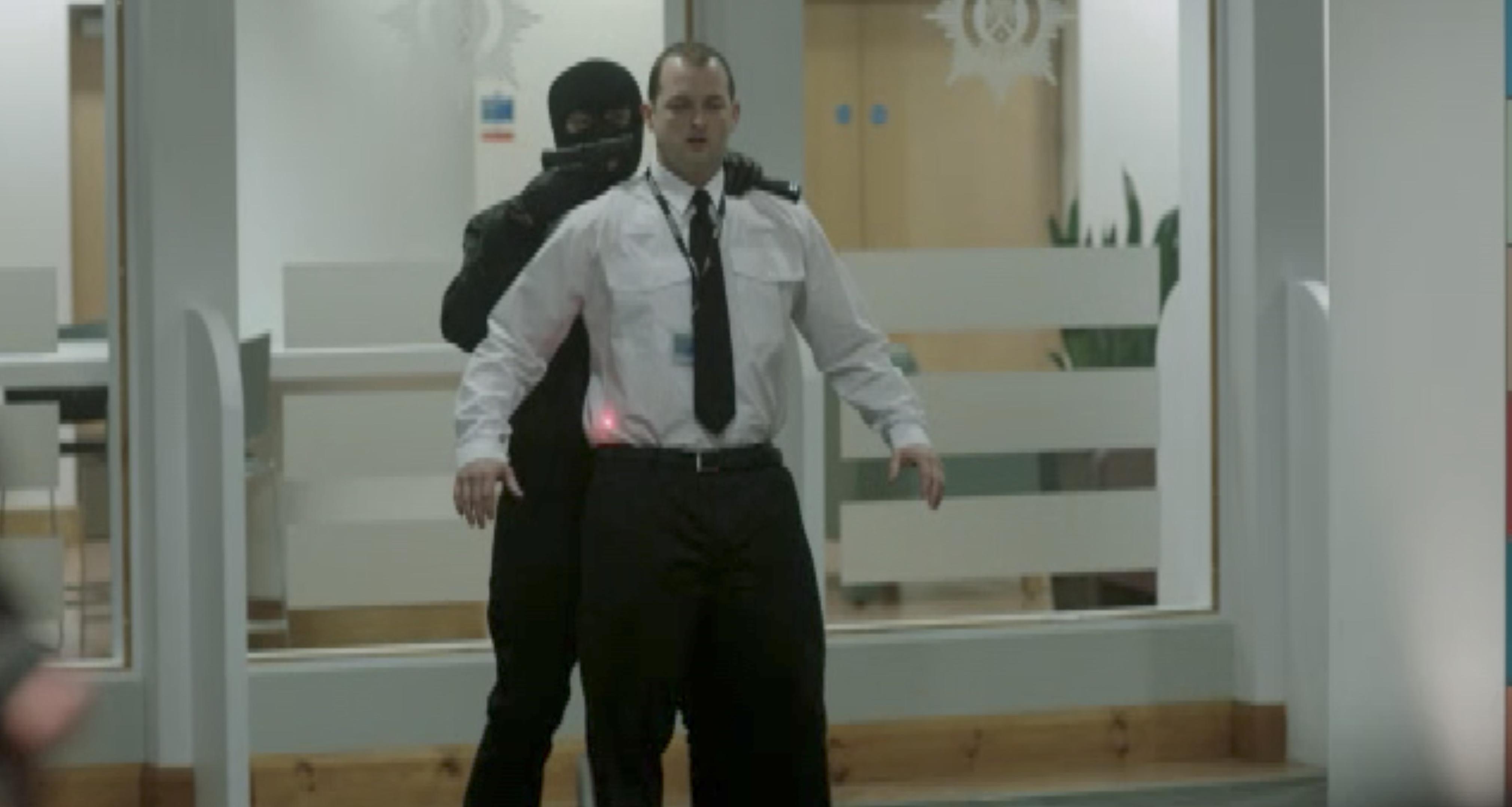 The most obvious one, of course, is Jed Mercurio’s astonishing script which always treats the viewers as adults and ignores all the stupid new rules of drama, meaning it’s the only show that would ever be brave enough to make an old dinosaur, like Hastings, Line Of Duty’s moral compass and turn the obsessively PC Huntley into a controlling, ambitious killer.

Nor would any other show have the skill to write a 20-minute interrogation scene and the gumption to punctuate it with a “Sir, it’s Jamie not James,” just so Hastings could release all the tension by sighing: “Frankly, right now son, I couldn’t give a s***.”

You give these kind of lines to the wrong actors, of course, and all the good writing in the world won’t save you (See Lenny Henry, on Broadchurch).

Line Of Duty rarely falls into that trap. 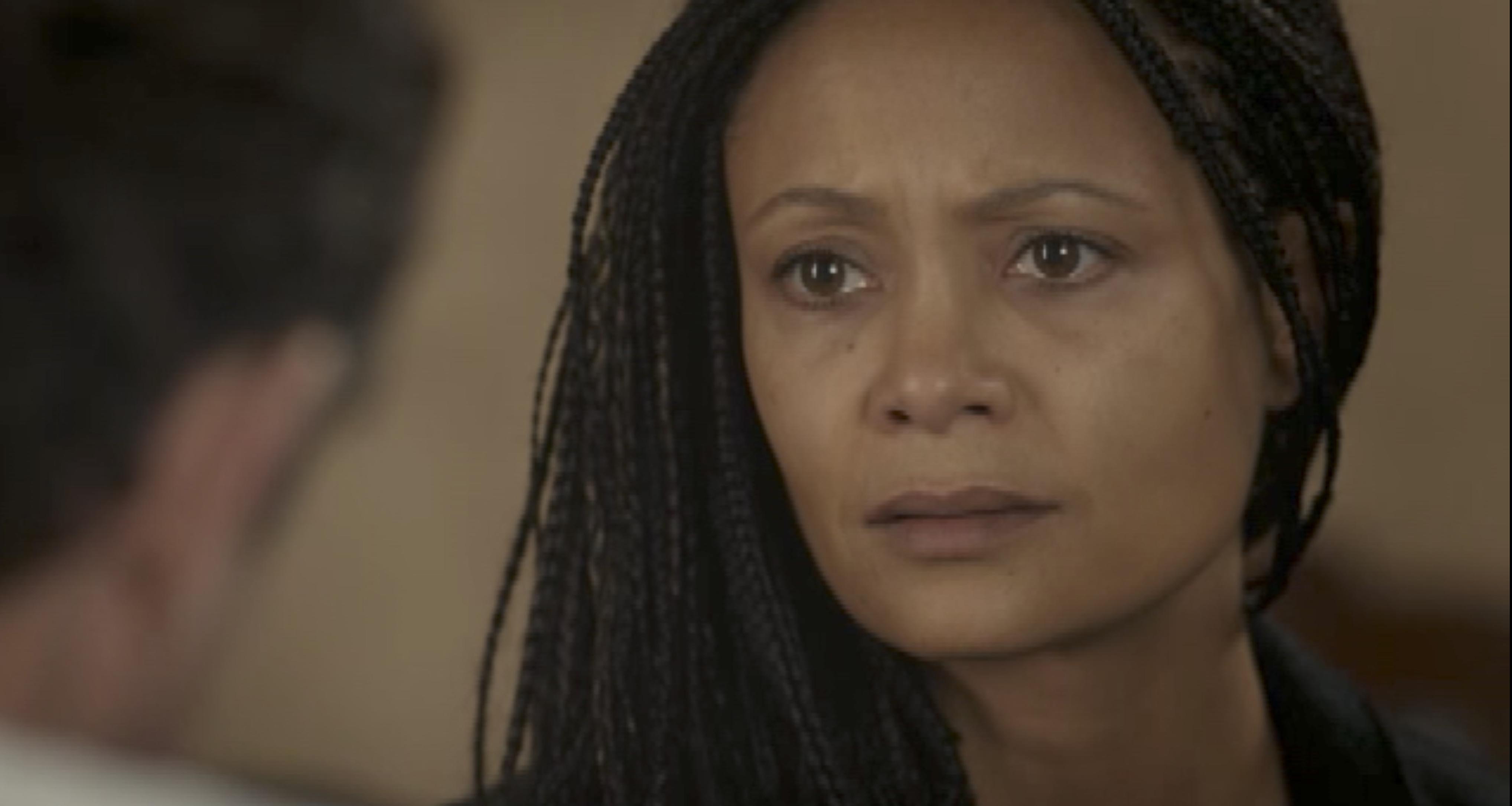 Indeed, it almost surpassed its own amazing standards this year with the award-worthy Thandie “Roz” Newton who could inspire every emotion, from outright loathing to sympathy, by the end, and even gulp water perfectly.

She wouldn’t have put Hollywood on hold, though, without being able to rely on that script and the performances of a lifetime given by Martin Compston, Scott Reid, who played Michael Farmer, and the remarkable Adrian Dunbar who, appropriately enough, was given the series’ valedictory line: “This is beginning to feel like a life’s work.”

Jed Mercurio definitely has the urge, but unless the BBC approve two more, the next Line Of Duty will be the last.

So, on behalf of ten million thrilled viewers, kindly pull your finger out of your bureaucratic a***s, please, ASAP.

A nudist with a chopper

OH dear Lord, no. There’s a nudist on Channel 4’s The Island and it’s not Kaggy or anyone else you might want it to be.

’Cos it never is with nudists, is it.

It always has to be someone like Phil, the flabby, 50-year-old cameraman, who also spent last night’s episode wasting the camp’s cooking oil reserves on his fire-tending obsession and removing the top of his finger with a machete. 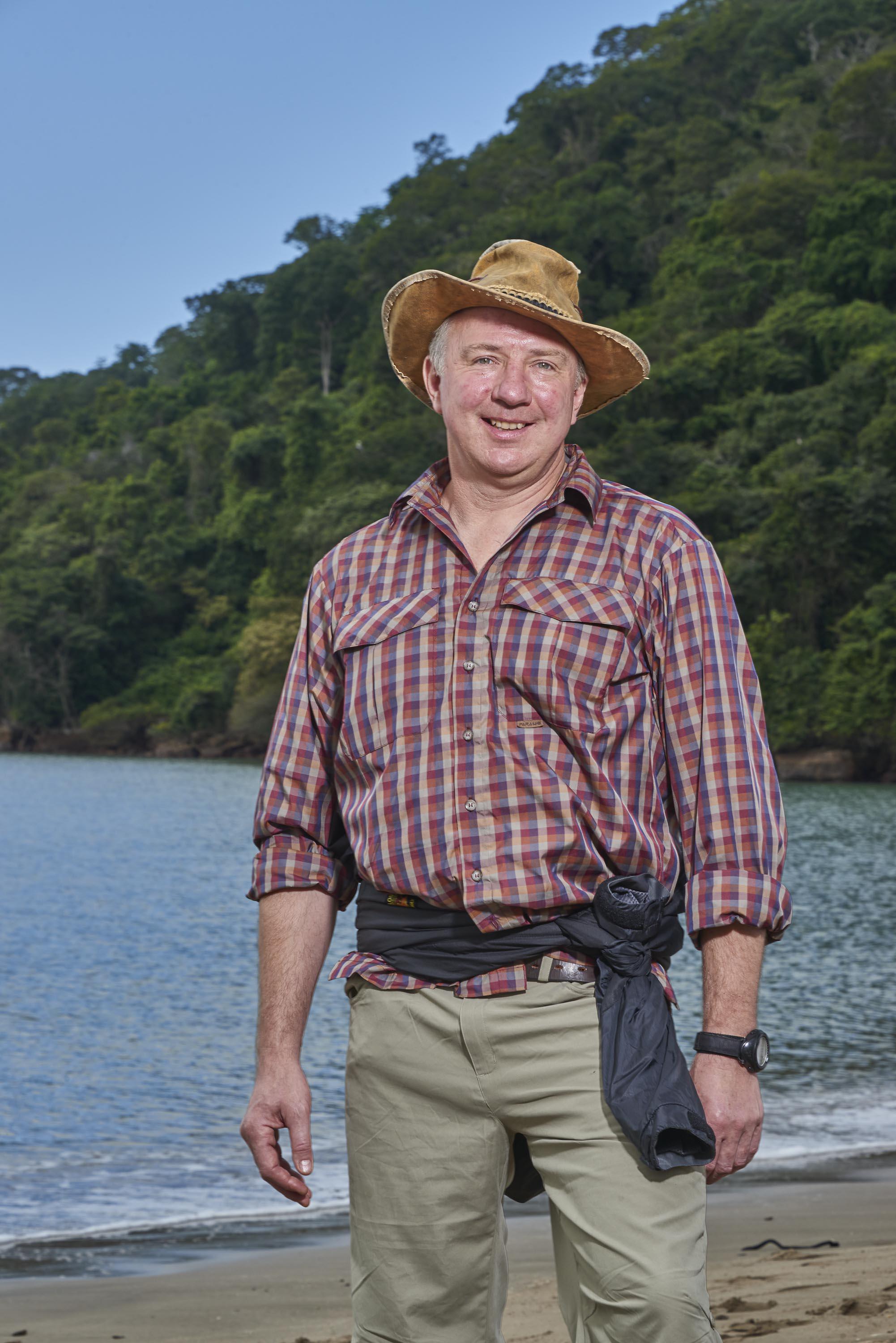 The man was a nasty circumcision waiting to happen and probably more of a danger to himself than anyone else.

In the process, though, he also managed to get right up the noses of two venomous old bats called Jane and Karen who organised a kangaroo court and then persuaded nine of the other little weasels to vote him off the island.

Phil went as well, very politely and graciously, which left the conspirators looking even more poisonous and Jordan, one of the noble six who voted to keep him, claiming: “That’s the most uncomfortable thing I’ve ever sat through in my life.”

I wouldn’t disagree with her either, but it was gripping television and leaves us in a slightly surprising situation. One of The Island contestants has been impeached but Donald Trump still hasn’t.

THEY’RE putting almost everyone through now on an increasingly desperate series of Britain’s Got Talent.

Sob stories, plea-bargainers, anything involving children, a bloke who played piano with the sound of a wasp attack going on in the background, a hot female magician called Josephine Lee, who could float balls almost as well as she tightened Ant & Dec’s.

They even golden-buzzered the finest stand-up comedian in all of Malawi, Daliso Chaponda, who got nothing like as many laughs as the one act of the night they actually rejected.

This was a hideous, jiving, little troll who went by the name of Sanita Laviva.

And when I say “hideous” here, I mean truly, monstrously hideous.

A stumpy looking Gonk, in a green swimsuit, with the build of Dylan Hartley and the face of Celine Dion, who’d still be bopping away now if Simon Cowell hadn’t short-circuited David Walliams’ buzzer.

A crying shame, given this drag act’s relative entertainment value and the fact the only thing technically wrong with the performance was a typo on Sanita’s caption “Carer, 25,” which should of course have read: “Carers? 25.” 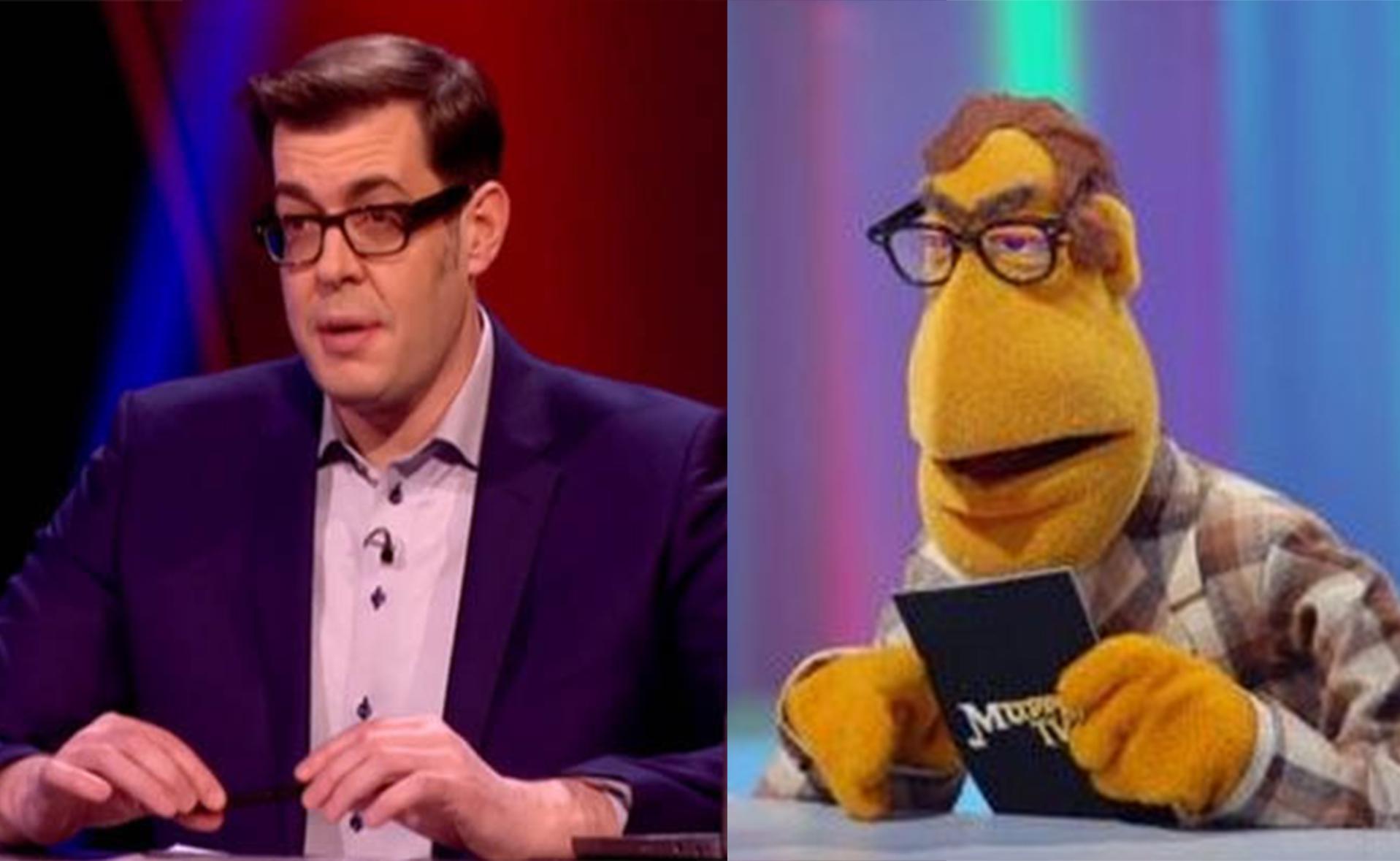 THIS week’s £69 winner is Richard Osman and the Newsman from The Muppet Show.

Sent in by Connor, from Cleethorpes.