Belarus Olympics kidnapping: Team officials bundle female sprinter to the Tokyo airport and try to force her back home after she criticised national coaches

A Belarusian 200m sprinter who publicly complained about national coaches at the Tokyo Olympics said she was taken to the airport against her wishes on Sunday to board a flight back home.

Krystsina Tsimanouskaya, who was due to compete in the women’s race on Monday, told Reuters she did not plan to return to Belarus and that she had sought the protection of Japanese police at Tokyo’s Haneda airport so she would not have to board the flight.

‘I will not return to Belarus,’ she told Reuters in a message over Telegram.

The Belarusian Olympic Committee did not immediately respond to a request for comment.

Tsimanouskaya, 24, said coaching staff had come to her room on Sunday and told her to pack. She was taken to the airport before she could run in the 200m and 4x400m relay on Thursday. 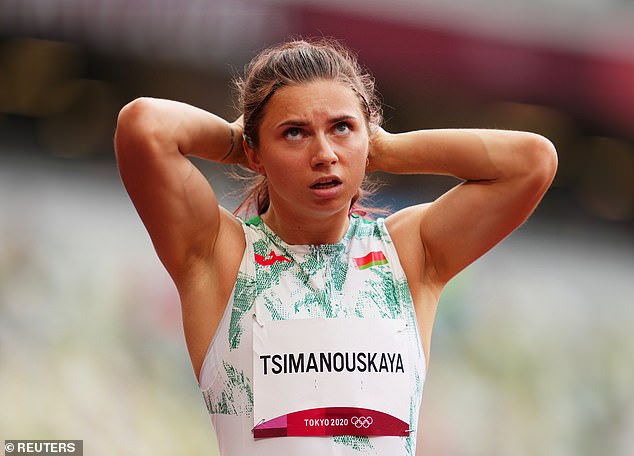 Krystsina Tsimanouskaya, who was due to compete in the women’s 200 meters on Monday, told Reuters she did not plan to return to her country and that she had sought the protection of Japanese police at Tokyo’s Haneda airport so she would not have to board the flight 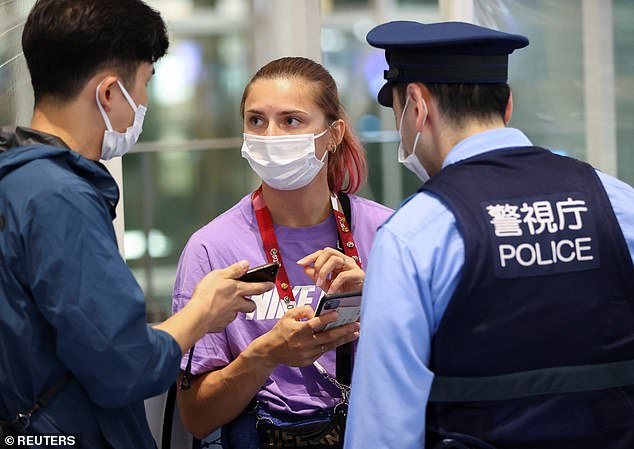 She said she had been removed from the team due ‘to the fact that I spoke on my Instagram about the negligence of our coaches.’

Tsimanouskaya had previously complained she was entered in the 4x400m relay after some members of the team were found to be ineligible to compete at the Olympics because they had not undergone a sufficient amount of doping tests.

‘Some of our girls did not fly here to compete in the 4x400m relay because they didn’t have enough doping tests,’ Tsimanouskaya told Reuters from the airport.

‘And the coach added me to the relay without my knowledge. I spoke about this publicly. The head coach came over to me and said there had been an order from above to remove me.’

Tsimanouskaya added she was standing next to Japanese police at the airport and she has reached out to a member of the Belarusian diaspora in Japan to retrieve her at the airport.

Haneda police said there was no one immediately available to comment.