BORIS Johnson has praised the "strength of the union" to get UK through coronavirus crisis in a visit to Scotland today.

As First Minister Nicola Sturgeon pushes for another go at independence, the PM hammered home the "marriage" of the UK and insisted there can't be a referendum for a generation. 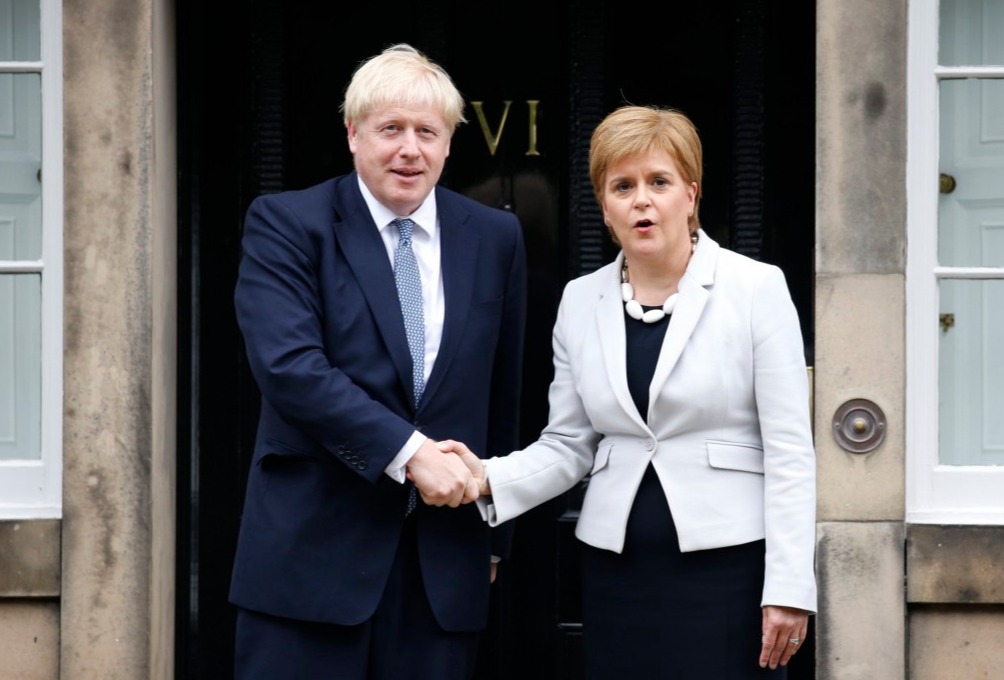 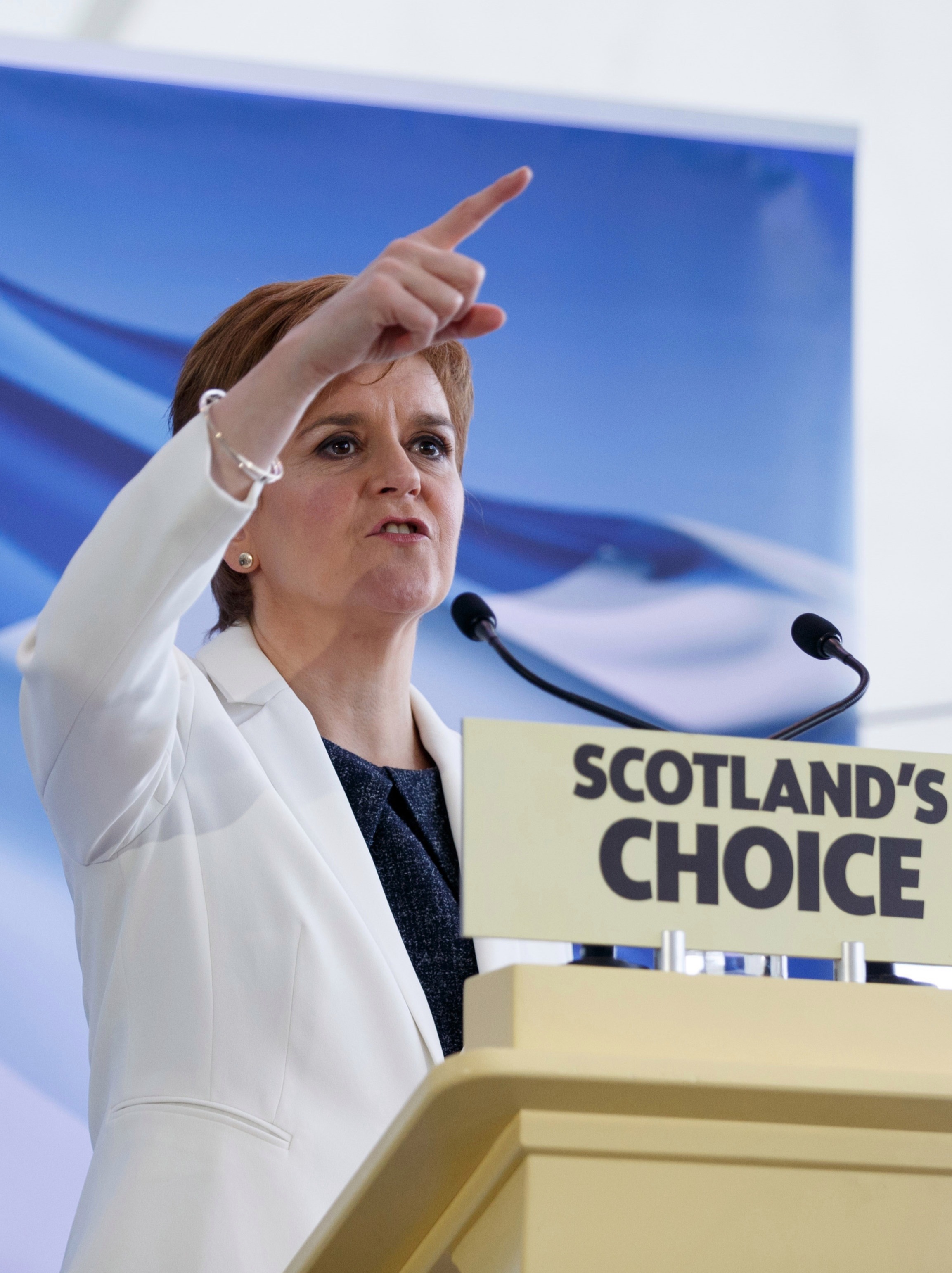 Mr Johnson arrived in Orkney this on his first visit to Scotland since December's general election to promote a £50 million funding package for Orkney, Shetland and the Western Isles.

The PM stressed it was the force of the UK which had helped see the nation through coronavirus.

He said: "What we have seen throughout this crisis is the strength of the Union in dealing with crucial, crucial things, supporting people through the furlough scheme the work of the army and the armed services in testing and moving people around putting another."

Mr Johnson added that the question of Scottish independence had already been settled and those hoping for another go at a vote would have to wait "a generation".

He said: "We had a referendum in 2015, it was decisive, it was, I think by common consent, it was a once in a generation event.

When asked if he thought Scotland couldn't survive on its own during coronavirus he said he thinks the union is a "fantastically strong institution."

He continued: "It's helped our country through thick and thin and is very, very valuable in terms of the support we've been able to give peoplein all corners of the UK.

"We had a referendum on breaking up the union I think 6 years ago.

"That is not a generation by any computation and I think what people really want is see our whole country coming back strongly and coming together."

He flew into Kirkwall Airport before heading to the first in a series of engagements.

But the PM's attempt to galvanise support for the Union was met with a frosty welcome to Scotland from First Minister Nicola Sturgeon.

Ms Sturgeon tweeted this morning: "One of the key arguments for independence is the ability of Scotland to take our own decisions, rather than having our future decided by politicians we didn't vote for, taking us down a path we haven't chosen.

"His presence highlights that."

She then retweeted a cartoon showing Mr Johnson breaking apart the Union, saying the "sentiment" of her last tweet was "neatly illustrated" by it.

Writing in The Times of Scotland today Mr Johnson said: "When I stood on the steps of Downing Street one year ago, I pledged to be a prime minister for every corner of the United Kingdom.

"Whether you are from East Kilbride or Dumfries, Motherwell or Paisley, I promised to level up across Britain and close the opportunity gap.

"The past six months have shown exactly why the historic and heartfelt bond that ties the four nations of our country together is so important and the sheer might of our Union has been proven once again."

Mr Johnson highlighted all of the money ploughed into Scotland from the Treasury to help businesses and workers stay afloat during coronavirus.

He said thanks to those efforts a third of Scottish workers were saved from being laid off.

He wrote: "There have always been and will always be those who, for their own reasons, devote their time and energy to driving us apart.

"But the simple truth is that whether it’s a Scottish scientist discovering penicillin in a London lab, an English-born author churning out chapters of Harry Potter in an Edinburgh café, or Westminster and Holyrood working together to secure tens of millions of pounds for the Islands Growth Deal, the people of the UK have always achieved more as four than as one."

Support for Scottish Independence is on the rise again, according to analysis of polls done by the Institute for Government.

A poll by Panelbase last month had support in favour of independence at a record margin of 54 per cent to 46 per cent.

The SNP swept up 48 of Scotland 59 seats in the election last year which Ms Sturgeon claimed gave her a "renewed, refreshed and strengthened mandate” to hold a second referendum on Scotland.

Mr Johnson has also talked up the idea of building a bridge between Northern Ireland and Scotland to further cement the union.

He said although the Treasury's efforts had saved 900,000 Scottish workers, the union was more than just a "lifeboat" or a "marriage of convenience".

He wrote: "Being Scottish and British means so much more than 'someone who lines in this part of the world'."

He said "we are there for each other in sickness and in health."

SNP Westminster leader Ian Blackford said the PM thought Scotland was too stupid to take care of itself.

He told BBC Radio 4: "I think he's going to find that this message is going to go down particularly badly in Scotland.

"Is he really saying that any other small nation in Europe and any other part of the world doesn't have the capability to deal with the Covid crisis?

"I think the days of telling Scotland that we are either too wee, too poor or too stupid really is over."

Throughout the coronavirus crisis, the strategy towards easing lockdown has been fractured as the devolved administration have gone their own way.

Ms Sturgeon has been the most openly critical of Mr Johnson, claiming his messaging doesn't make sense and reinforcing the "stay at home" advice long after he changed it to "stay alert".