PRIME Minister Boris Johnson’s dad Stanley today writes for The Sun to say Geronimo the alpaca should be saved from Defra “carrying out their absurd murderous errand”.

Wildlife lover Stanley urges his son Boris, and Environment Secretary George Eustice, to reverse their decision and let Geronimo have another test. 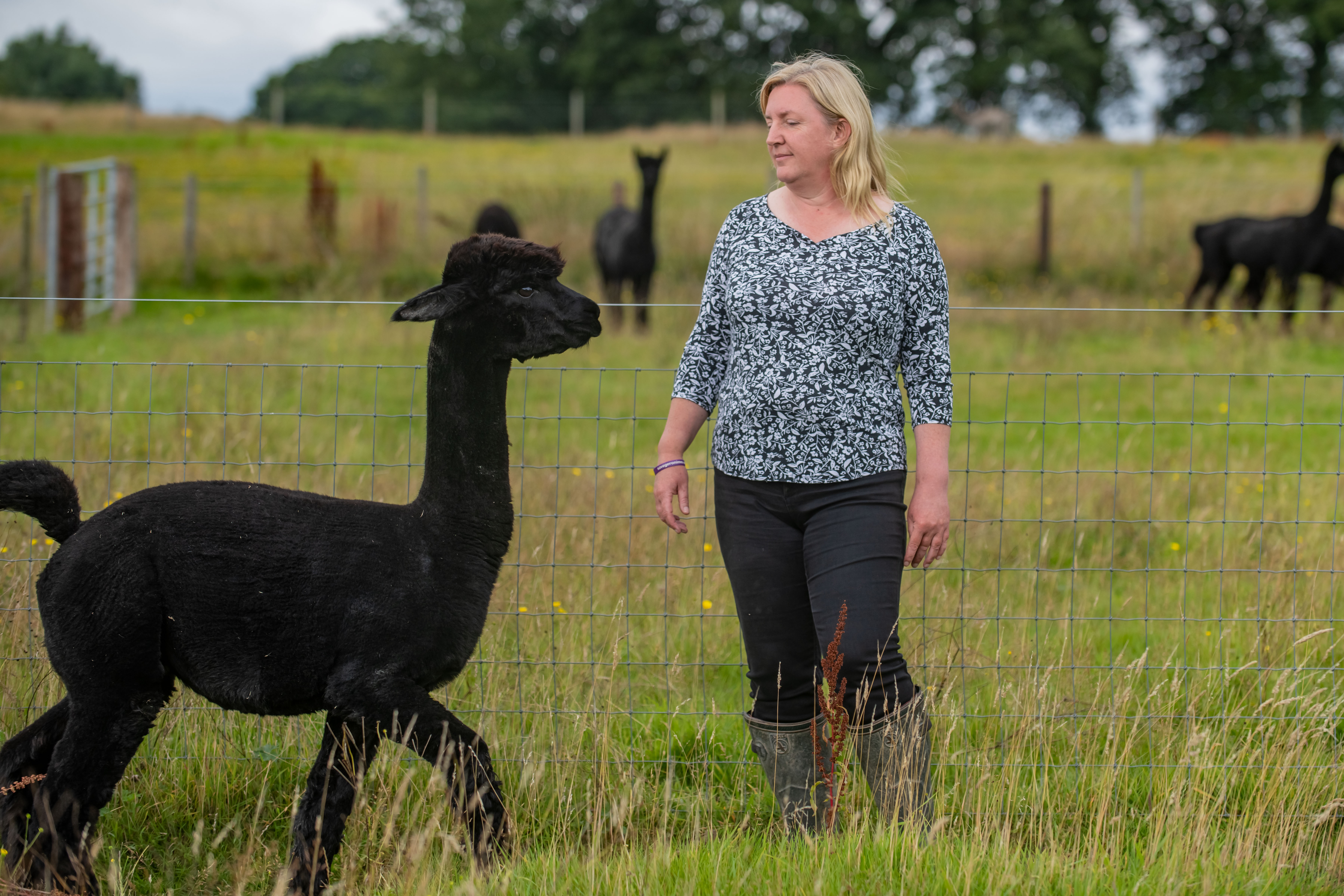 The animal is set to be put down after testing positive for bovine TB. But owner Helen Macdonald claims the test was flawed and said last week she would die to save him.

Sun Wildlife Reporter Stanley, who champions animal rights issues, said: “I hope and believe his execution can be avoided even at this late stage.”

THE poet William Wordsworth’s heart leapt up when he beheld a rainbow in the sky.

My heart leapt up the other day when I saw, in several newspapers, some lovely ­photos of Geronimo, the woolly alpaca, now resident in Gloucestershire.

Those photos took me back 62 years ago to the summer of 1959 when, as an 18-year-old student on my “gap year”, I was travelling across South America from Brazil to Peru.

I remembered especially hitchhiking on ancient lorries across Peru’s Altiplano, the high flat plains that spread themselves between the peaks of the Andes.

And, of course, I remembered the astonishing wildlife — the condors, the Andean flamingos, the eagles and, perhaps above all because there were so many of them, the herds of llamas, vicunas, and alpacas.

So, as I say, my heart leapt up when I saw the close-up of the lovely Geronimo. 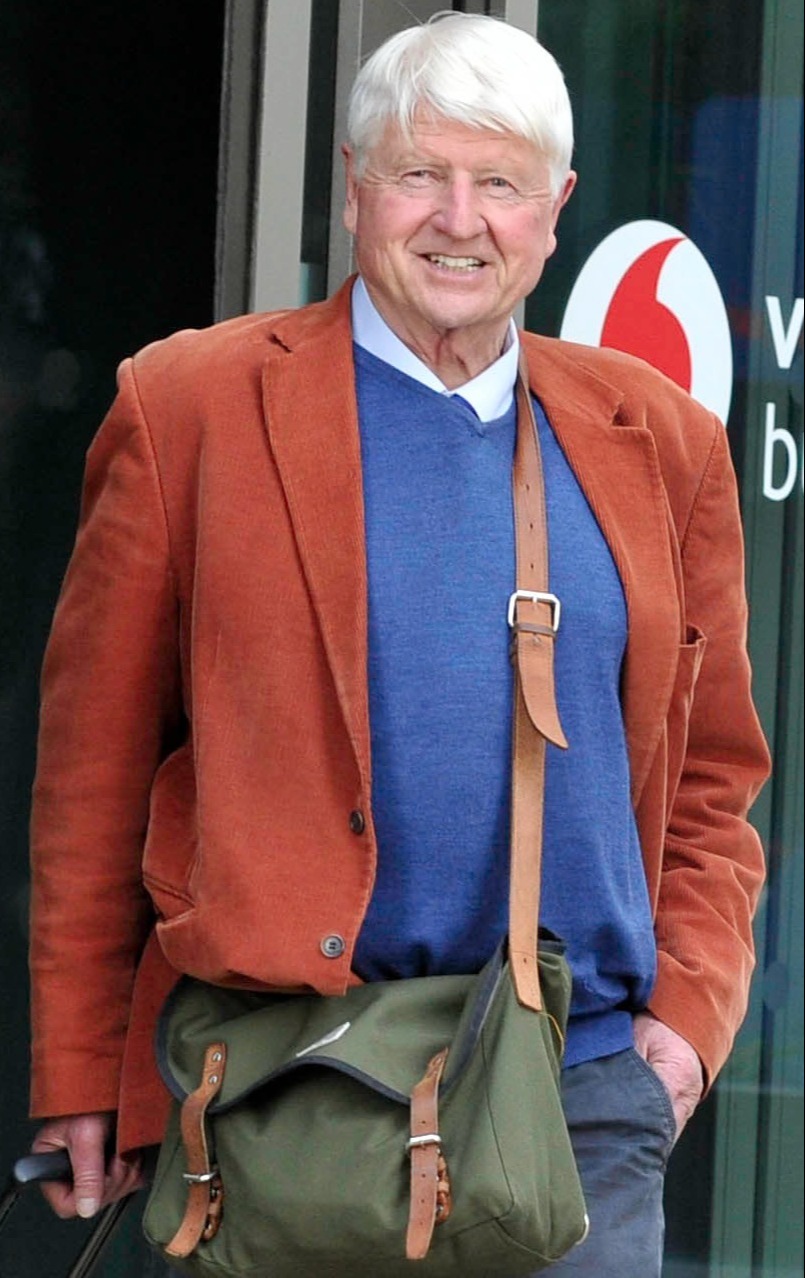 I was reminded of those days in the Andes with all the animals and the amazingly resilient Quechua villagers drinking “chicha” by the fire and life was still a rich carpet unfolding ahead of me.

But when I read the dreadful story which accompanied the ­photos, my heart took a rapid leap back down to earth.

When I called Helen Macdonald, Geronimo’s owner, on Saturday she sounded desperate.

“I’m sitting here watching the front gate, hoping they’re not going to burst through with their guns to shoot him,” she told me in an hour-long conversation. “I never imagined it would come to this.”

Then she took me through the whole horror-show tale.

Back when she was working as a veterinary nurse, and wondering whether she might do something a bit outside the usual scope of a small animal veterinary practice, Helen visited the Bath and West Show.

She said: “It was the height of the foot and mouth outbreak. There were hardly any animals at the show. Just a lot of mud. But in a marquee, I saw a picture of a herd of alpacas on a farm in New Zealand. And it said, ‘Alpacas for sale’!”

Not long after, a cargo plane flew 29 alpacas from New Zealand to new homes in the UK. All the animals were tested for TB before they left New Zealand, and all were cleared.

Helen said: “The New Zealand government has the highest accreditation.

They were using the international standard skin test — the one where the vet injects the tuberculin and then comes back a few days later to measure the size of the lump.”

Two of the 29 alpacas were ­destined for Helen’s farm, one called Geronimo, the other, a female, called Intrigue.

“So, what went wrong with Geronimo?” I asked.

“Well, we were super-cautious.” Helen explained that — purely on their own initiative — they had given Geronimo and Intrigue an extra test, known as the Enferplex test. Intrigue tested negative but the situation with Geronimo was less clear-cut.

Helen maintains that there was a “false positive” reading in Geronimo’s case. 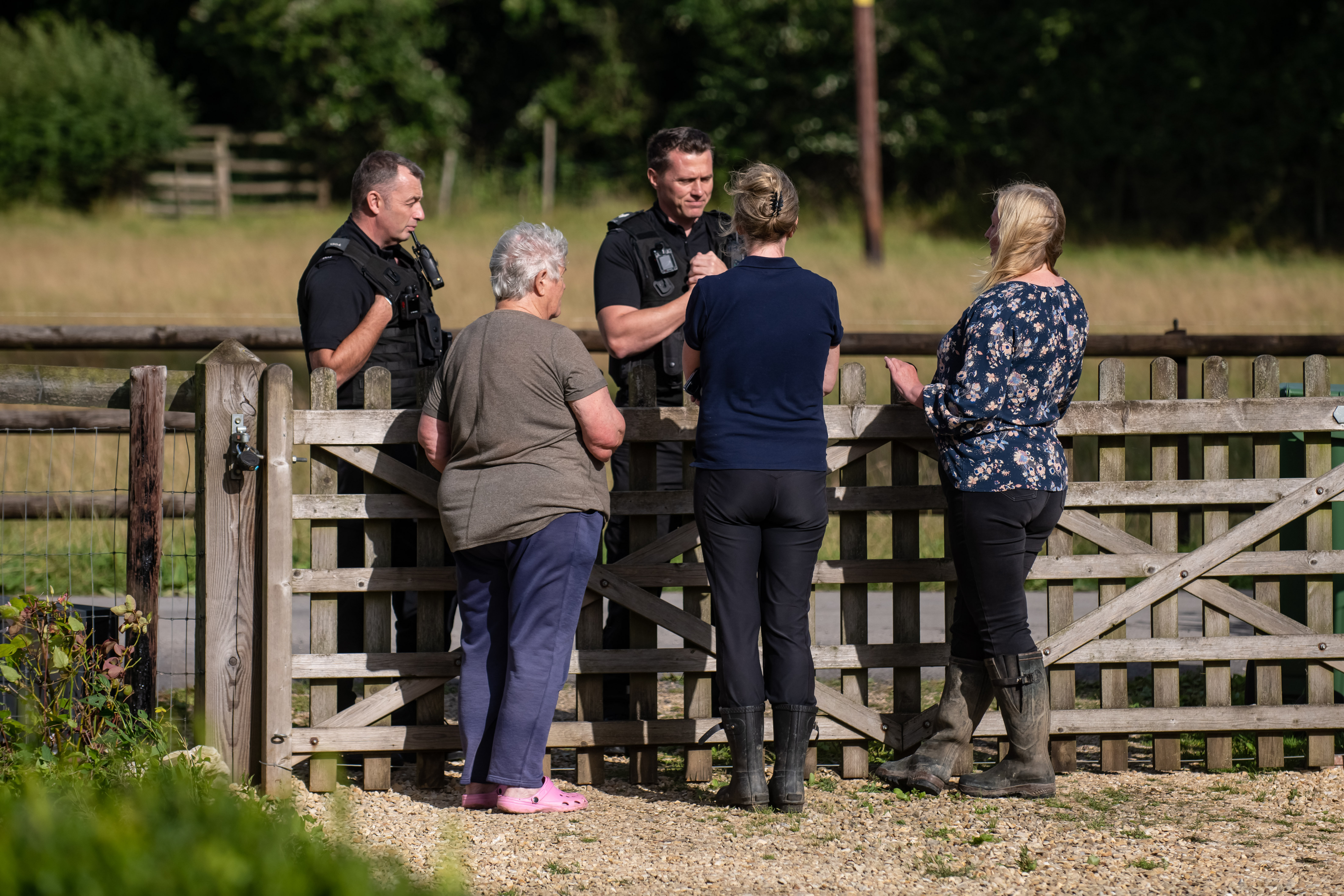 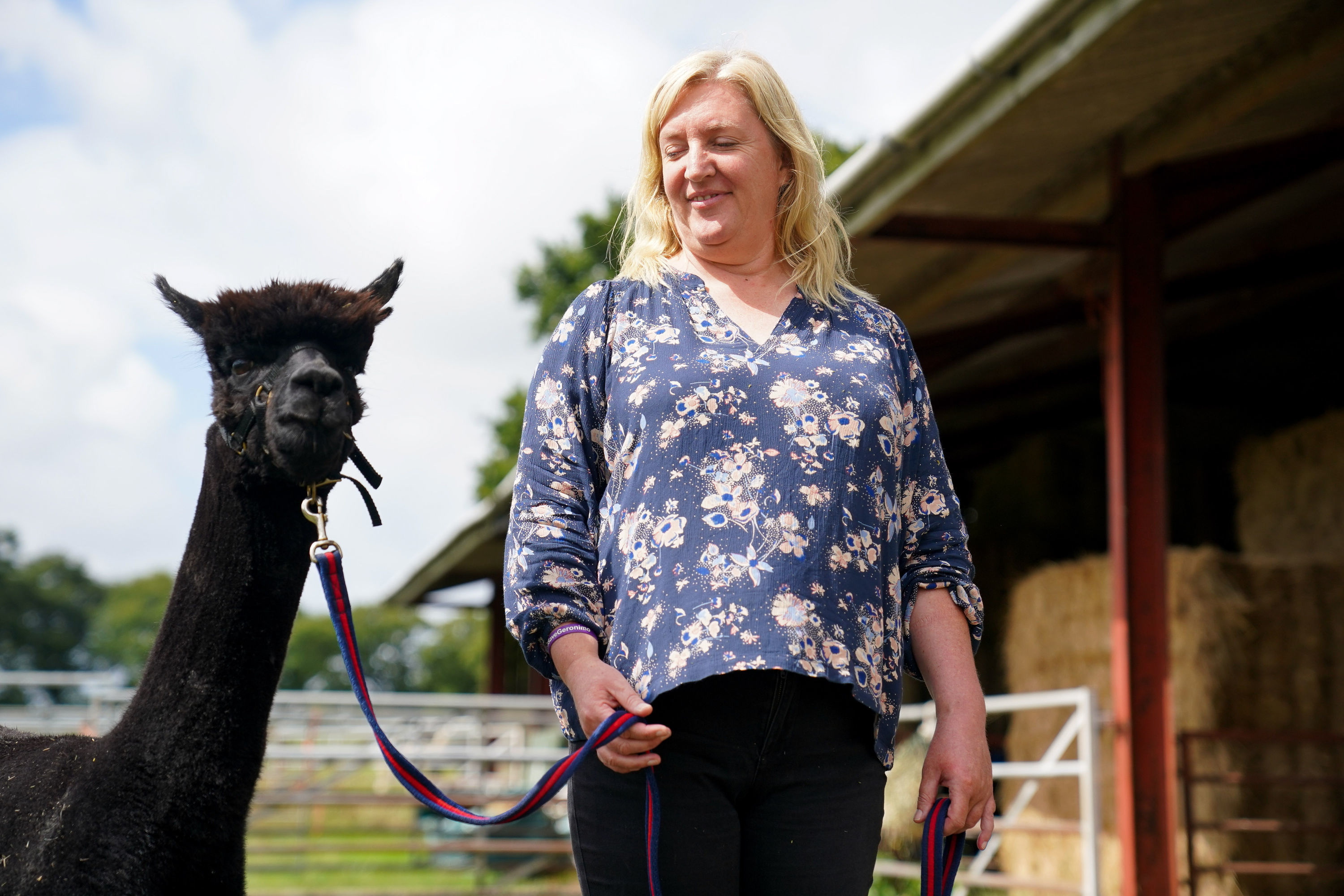 Geronimo, she says, had four lots of tuberculin tests before he left New Zealand and that could have affected the results of the later test.

“All our vets now say he is not infective. Infective alpacas don’t live on for four years.

“They usually die within a week. We want to do another test, a different test to settle the matter once and for all.”

She tells me about a test known as Activate. “It’s used on cattle in exceptional cases. It measures whether there is ­tuberculosis — M. Bovis — in the blood stream.”

“So why don’t you try the ­Activate test?”

“They won’t let me test ­Geronimo at all. They sent me a legal document, saying if I went ahead and tested, I would be breaking the law and they could put me in prison.”

The authorities also argue that giving Geronimo a clean bill of health now wouldn’t expunge the original charges. Nothing, according to the law, can change the fact that four years ago there was a fatal “suspicion” that Geronimo was harbouring TB.

Legal challenges have delayed the date of execution but the Department for Environment, Food and Rural Affairs (Defra), according to Helen, believes the law must in the end run its course.

“They have singled me out. Has Geronimo infected any of the other animals he has had contact with across the fence in the fields? Absolutely not.

“Why are they targeting one poor alpaca when the real problem of bovine TB is intensive animal husbandry lowering the resistance to infections, and endless movement of cattle across the country.”

Helen has spent £30,000 on a judicial review which she lost. A court ruling last week, which also went against her, has meant she has had to pay another £15,000 to cover Defra’s own legal fees.

For the last four years, no alpacas have been sold from her farm, as she is banned from “trading”.

The sale of alpaca “wool” is still allowed but, realistically, she relies on crowdfunding and charity to pull through.

But I am sure, from what I saw of her, that Helen Macdonald will never give up.

I hope she sticks to her guns, for in the end this is not an ­animal welfare story. It is also the story of one woman’s fight against a system.

Strictly speaking, it’s more than one woman. Helen’s mother, Rosemary, 84, lives on the farm with her, as does her sister.

Maybe all three of them will try to block the men from Defra from carrying out their absurd murderous errand.

Can Geronimo’s judicial execution be avoided even at this late stage? I hope and believe it can.

My message to the Rt Hon George Eustice, MP, Secretary of State for Environment, Food and Rural Affairs, is: “Tear up that threatening letter, Minister. Write another one, a nice friendly one. Give Geronimo a new test.
“That’s all Helen Macdonald wants. Is that too much to ask?”

Beasts to join march to No10

ALPACAS and their owners will join a march on Downing Street — while well- wishers at Geronimo’s farm act as human shields to save him.

March organiser Dominic Dyer, of the Badger Trust, said: “There is panic in the Government over the growing public anger.”

Volunteers will join veterinary nurse Helen Macdonald at her farm in Wickwar, Gloucs, to prevent Geronimo being taken or killed.

Helen, 50 — visited by cops on ­Friday — is also grateful for Stanley Johnson’s support.

She said: “To have someone like him on our side is fantastic and a real morale boost. We may have exhausted all the legal avenues but now we are throwing it into the court of public opinion.

“I hope that Stanley might be able to bring some pressure to bear on his son as well as Defra Secretary George Eustice to hear our case.

“To have someone as high-profile as Stanley Johnson come out batting for Geronimo makes me realise that our campaign is beginning to gather pace.

“He is obviously very knowledgeable about alpacas and appreciates the difficulties we are having trying to communicate with Defra.”

Yesterday, Mr Eustice said he knew it was “soul destroying” having to put animals down, revealing one of his father’s own cows called Rose had to be destroyed.

But Helen stormed: “He says he knows how hard it is to put animals down.

“Well, Geronimo is fit and healthy so why is he demanding he be destroyed? If he had any guts he would call me and explain to me why he is taking this stance — but he hasn’t the courage.”

Alpaca breeder Helen imported eight-year-old Geronimo from New Zealand in 2017. He was given four negative TB skin tests before he left.

These involve being injected with a protein called tuberculin — and she believes this triggered a positive result when he arrived.