The Ministry of Defence has been training Chinese pilots, allowing them to study at UK military colleges.

As part of the scheme, which ran until 2019, RAF pilots were sent to Beijing to instruct Chinese aircrew.

According to Sky News, the MoD authorised the Chinese pilots to receive an ‘Aviation English Course’ as well as instruction in conflict law.

This has led to increased criticism of the Government, many of whose members were in cabinet for the duration of the scheme. The RAF was training military pilots at RAF Cranwell, pictured, until the scheme was cancelled in 2019 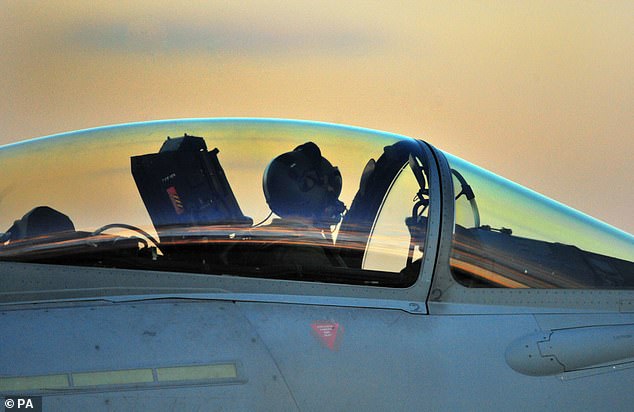 Several serving Royal Air Force (RAF) pilots taught an ‘Aviation English Course’ in China in 2016, while a number of Chinese nationals studied at the RAF’s college at Cranwell in Lincolnshire and the Joint Services Command and Staff College at Shrivenham in Swindon, Sky News reported (stock image)

Several serving Royal Air Force (RAF) pilots taught an ‘Aviation English Course’ in China in 2016, while a number of Chinese nationals studied at the RAF’s college at Cranwell in Lincolnshire and the Joint Services Command and Staff College at Shrivenham in Swindon, Sky News reported.

It is understood that the MoD’s official defence activities with Beijing, which included initial officer training on English language and armed conflict law, were stopped in 2019.

But Labour criticised the Tories for being ‘too slow to emerge from their “golden era” with China and repeatedly blase about security threats’.

Labour’s Mr Healey said: ‘This official deployment could have compromised details of UK military operations, technology and training to a foreign power, posing a significant threat to our national security.

‘Ministers must answer serious questions about why they backed this activity and what risks it poses. The public also want reassurance on the actions taken to halt it.’

Earlier this month, the Government warned former British military pilots not to teach the Chinese armed forces how to defeat western warplanes and aircraft. 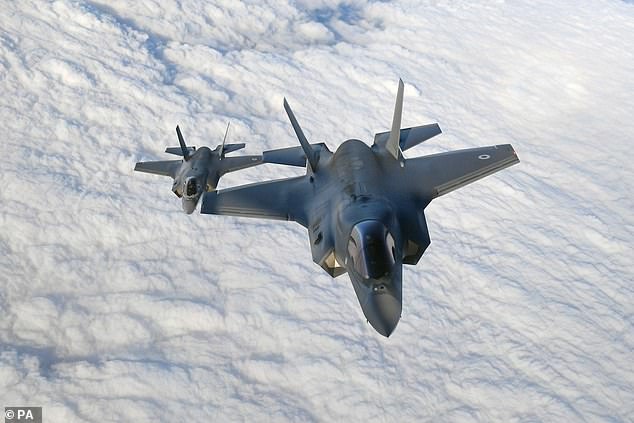 Earlier this month it emerged former RAF fast jet pilots have moved to China where they are paid more than £250,000-a-year to share their expertise (File Photo) 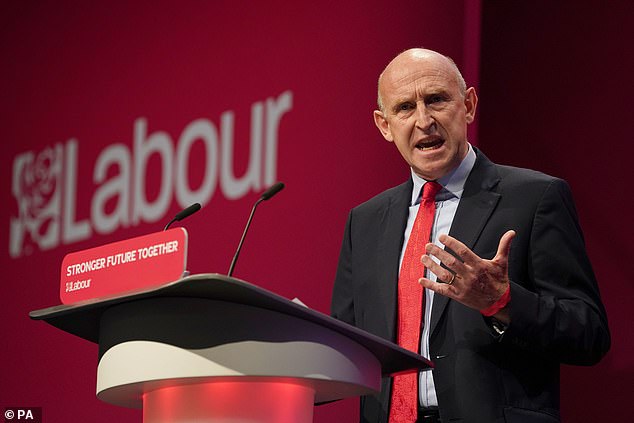 Armed forces minister James Heappey said: ‘China is a competitor that is threatening the UK interest in many places around the world.’

Tobias Ellwood, chairman of the Commons Defence Committee, said he was ‘surprised’ that something ‘akin to the Official Secrets Act’ was not already in place to stop it from happening.

The BBC reported that up to 30 former pilots, including some RAF veterans, were believed to have trained China’s People’s Liberation Army.

The MoD issued an intelligence alert warning pilots against taking part and that it was taking ‘decisive steps’ to stop Chinese recruitment schemes targeting military pilots.

Up to 30 pilots have recently moved to China after securing £250,000-a-year contracts to teach Western flying procedures, it was revealed.

Due to legal loopholes, there is nothing the Armed Forces can do to prevent the Beijing brain drain – a potential threat to national security in which Chinese pilots could be given a lethal advantage in any future conflict.

Many more top Royal Air Force pilots have been approached by intermediaries acting on behalf of the People’s Liberation Army but declined the offers, sources said.

Western officials said last night Britain was discussing with allies how to respond to the issue as they are similarly affected.