British girl who was trafficked to Syria aged 12, raped and impregnated by her jihadi ‘husband’ is among dozens of former UK citizens trapped in refugee camps, charity claims

A girl from Britain who was trafficked to Islamic State territory in Syria and then raped and impregnated by her jihadi ‘husband’ is among former UK nationals stranded in a refugee camp.

Campaigners Reprieve say the majority of British women in the country were sexually exploited, with many under the age of 18 at the time.

A report by the group, which has accused the Government of ‘failing’ trafficking victims, says among those in a camp is a girl known as Nadia who was taken to Syria by a male relative at 12 and was repeatedly raped until she fell pregnant at 15.

The Times reported she escaped with her sister and mother. 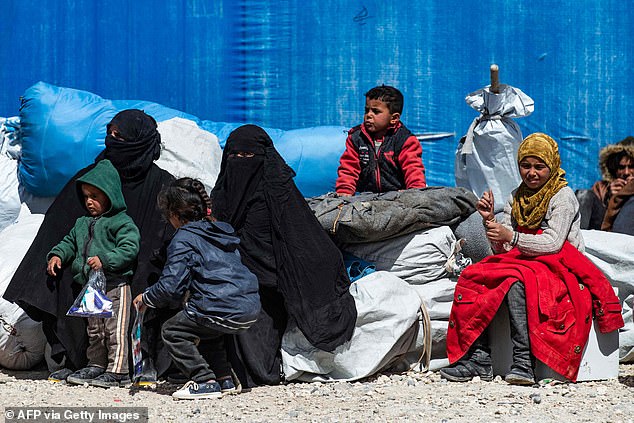 The British girl, who was trafficked to Syria at the age of 12, is among former UK nationals waiting in camps (stock picture)

Tory MP Andrew Mitchell said in the group’s report titled Trafficked to Syria: ‘We cannot wash our hands of these Britons, abandoning them in ungoverned space.’

Last year he said in an open letter, also signed by David Davis, Tom Tugendhat and Tobias Ellwood: ‘We are concerned that their current indefinite detention in increasingly precarious Kurdish detention camps poses a significant security challenge to the UK, as well as significant harm to the children involved.

‘We urge you to ensure that these individuals are brought back to the UK so that any adults accused of crimes can be fairly prosecuted with due process, and the children’s safety is ensured.’ 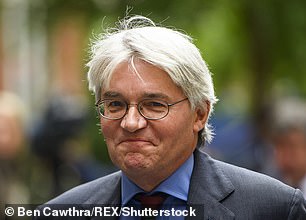 ‘We believe that a policy of family separation would undermine any prospect of reintegrating returning children into UK society, while doing nothing to resolve the risk of losing track of the adults in north-east Syria, or secure justice for any crimes they may have committed.’

Maya Foa, the director of Reprieve, who has visited the camps, said: ‘These are victims who have been abandoned. I find it cruel, callous and cynical. It is not lawful, not humane and not in our security interests. On every level it is counterproductive.’

Earlier this year the Supreme Court ruled Shamima Begum cannot return to the UK to pursue an appeal against the removal of her British citizenship. 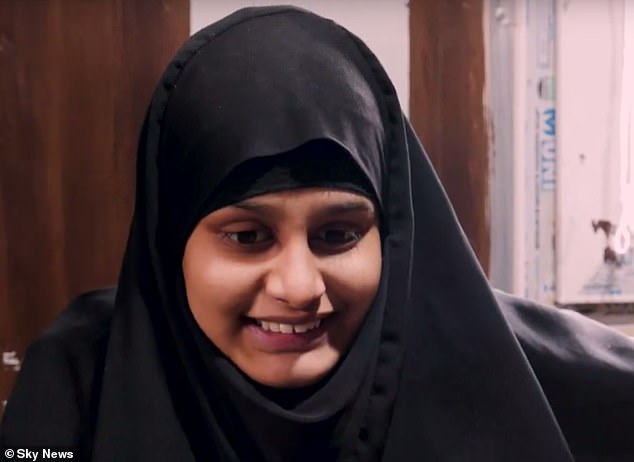 Begum was 15 when she and two other east London schoolgirls travelled to Syria to join ISIS in February 2015.

Home Secretary Priti Patel said at the time: ‘The Supreme Court has unanimously found in favour of the Government’s position, and reaffirmed the Home Secretary’s authority to make vital national security decisions.

‘The Government will always take the strongest possible action to protect our national security and our priority remains maintaining the safety and security of our citizens.’