London: The Boris Johnson government has proposed to ram through the long, complex law implementing its Brexit divorce deal in just three days of debate this week in parliament, in a legislative sprint to hit its desired October 31 Brexit deadline.

Despite having asked for an extension to that deadline in a letter to the EU on Saturday it was forced by law to send, the government said it was not in the national interest to allow any more delay. 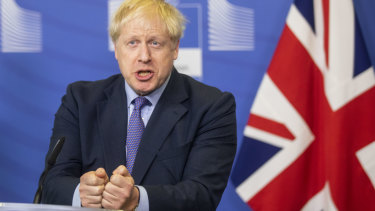 But the government’s Thursday deadline for getting the law past the House of Commons and into the House of Lords is a fraction of the time previous parliaments took to consider Brexit legislation or EU-related treaties.

It provoked outrage from MPs, who may decide they will take longer in a “programming debate” on Tuesday.

MPs said the government was “fetishising” the October 31 Brexit date, and putting the “vanity of the prime minister” above responsible review. 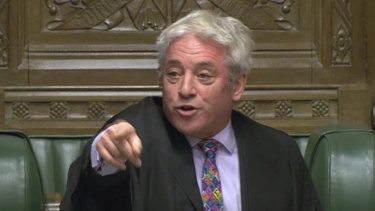 Johnson has repeatedly insisted the UK would leave the European Union on October 31.

He also called on the government to provide an economic assessment of the impact of the government’s Brexit divorce deal, which has independently been estimated at cutting 7 per cent or more from GDP growth compared to remaining in the EU. 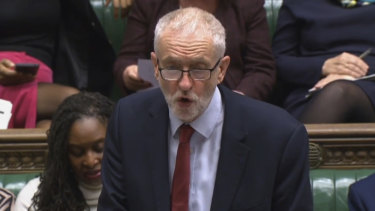 “This is a really rather silly point that has intruded into the complicated arguments we’re having,” he said.

“Unless the government accommodates more expansive debate there is not the slightest possibility of considering the [Brexit] deal obtained within the time available,” Clarke said, pointing out the Maastricht Treaty bill in 1992, ratifying one of the foundation treaties of the European Union, saw 20 days of debate.

“Goose and gander; sauce,” he said, pointing out the Parliament had been debating Brexit for three years.

The government may also face attempts this week to add a confirmatory referendum to the legislation, or change the deal by legislating that the UK must stay in the EU’s Customs Union.

Earlier on Monday the government had sought another vote approving the Brexit deal, which would have enabled it to withdraw its request for a deadline extension.

However the Speaker of the House of Commons John Bercow ruled that it would be “repetitive and disorderly” to hold a debate so soon after the same motion was debated on Saturday.

This “same question” convention was “very strong and dates back to 1604”, Bercow said, and it existed so the Commons “should not be continually bombarded with the requirement to consider the same matter over and over and over again”.

The European Council of national leaders has yet to agree to the Brexit extension request, and is likely to wait to see how the Brexit deal – which they approved last week after intense negotiations with the Johnson government – progresses through parliament.

The deal must also be ratified in the European Parliament.

Guy Verhofstadt, from the European Parliament’s Brexit Steering Group, said it would advise the parliament to await full ratification on the UK side before it voted on the deal.

“It’s now up to the UK parliament to make their choice,” he said.