British survivor of Christchurch mosque massacre reveals he cradled the body of a three-year-old victim as he tells terrorist killer: ‘I will never forgive you’

A British man who was worshipping inside a mosque in New Zealand when it was attacked by a white supremacist terrorist has told of how he cradled the body of a three-year-old victim in the aftermath of the shooting.

Nathan Smith, who lived in Dorset before moving to New Zealand in 2005, was inside the Al Noor mosque in Christchurch on March 15 last year when it was attacked by Australian Brenton Tarrant, who opened fire with automatic weapons.

Smith spoke of his ordeal at a sentencing hearing for Tarrant, who has pleaded guilty to 51 counts of murder, 40 of attempted murder, and one of terrorism. 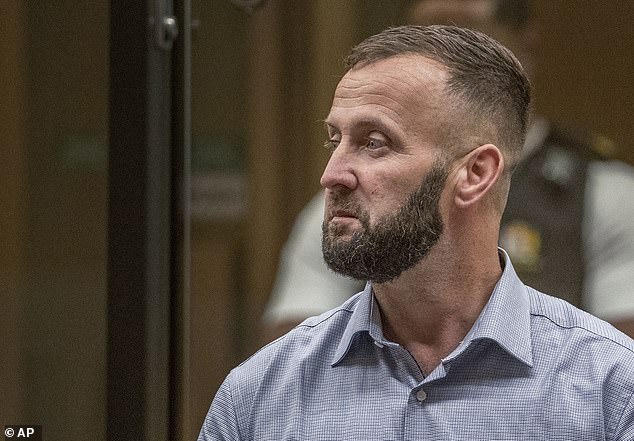 Nathan Smith, who lived in Britain before moving to New Zealand in 2005 where he was targeted in the Christchurch terror attack, faced attacker Brenton Tarrant in court

Coming face-to-face with Tarrant at Christchurch’s High Court, Smith said: ‘After you left Mosque Al Noor, I was surrounded by the dying, the injured and the dead.

‘I held a three-year-old boy in my arms, praying he was still alive. He was not. You took him away. He was three.’

‘You have changed my life forever, and I will never forgive you. For us, life will go on with sadness in our hearts.

‘But those of us who died are the lucky ones. They have gone straight to heaven, which I will try for the rest of my life to achieve.’

Smith was referring to three-year-old Mucaad Ibrahim, who was shot twice by Tarrant as he clung to his father’s leg at the mosque.

Aden Ibrahim Diriye, the boy’s father, had a statement read to the court, in which he recalled how his son loved to run around the mosque pretending to be a policeman. 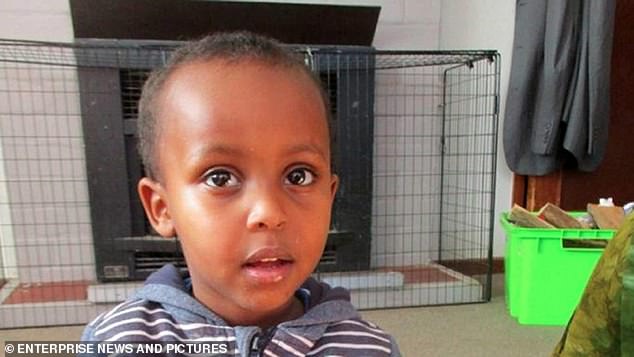 Smith told how he was left ‘among the dying, injured and dead’ after the attack, and cradled the body of three-year-old Mucaad Ibrahim (pictured), who was shot twice and died 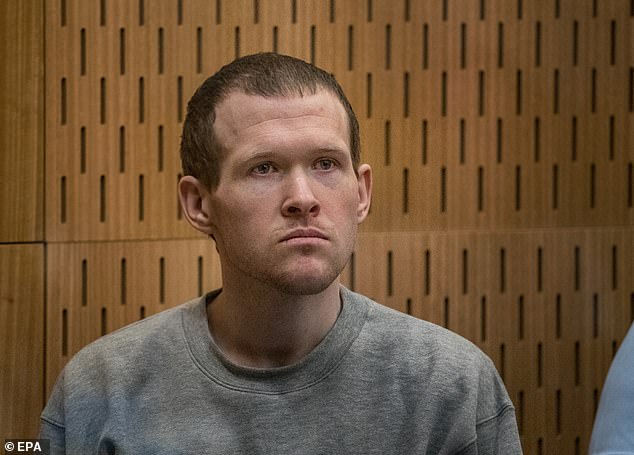 Tarrant sat emotionless throughout much of the testimony, though smirked when Smith told him that he would be getting plenty of spare time in jail 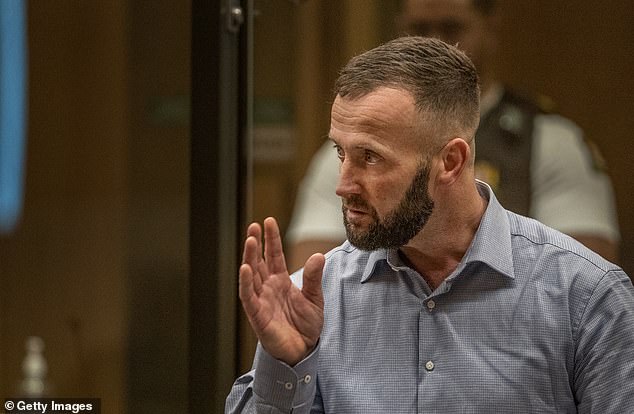 ‘Know that true justice is waiting for you in the next life and that will be far more severe. I will never forgive you for what you have done,’ he said.

Speaking of the impact on his own life since the attack, Smith added: ‘Because of you my faith is stronger and I want to learn more about Islam, so thank you.

‘When you get a free minute, which you will have plenty of – funny, yeah, very funny – maybe you should try to read the Koran. It’s beautiful,’ he said, reacting to a smirk from Tarrant.

Smith spoke alongside 90 victims of the mosque attack and their family members, almost all of whom asked the judge to impose the maximum penalty on Tarrant – life in jail without possibility of parole. 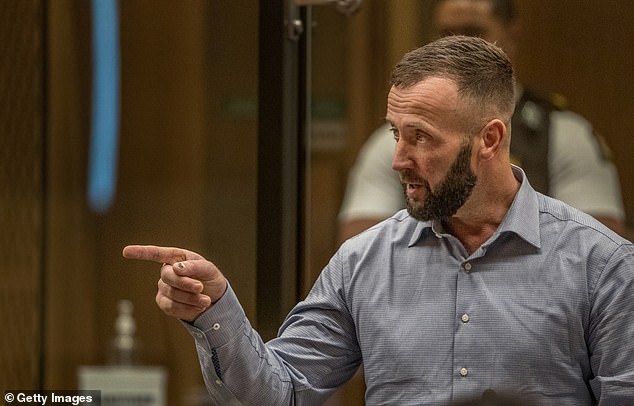 Smith also thanked Tarrant for making his faith in Islam stronger, and told him to ‘read the Koran’ during his spare time in prison

Tarrant has sat emotionless throughout most of the hearing, separated from the main courtroom by a sheet of perspex glass.

Gone is the bravado that saw him throw a white power symbol during an earlier court appearance. In its place are slight nods with the testimony of victims, or smirks at jokes made at his expense.

Tarrant sacked his defence team earlier in the trial, granting himself the opportunity to make a closing statement on his own behalf when he is jailed – due to take place on Thursday.

But his court-appointed lawyer told the judge on Wednesday that he would wave that right, and instead a written statement would be read on his behalf.